LeBron’s Potential to be the ‘Best Ever’ 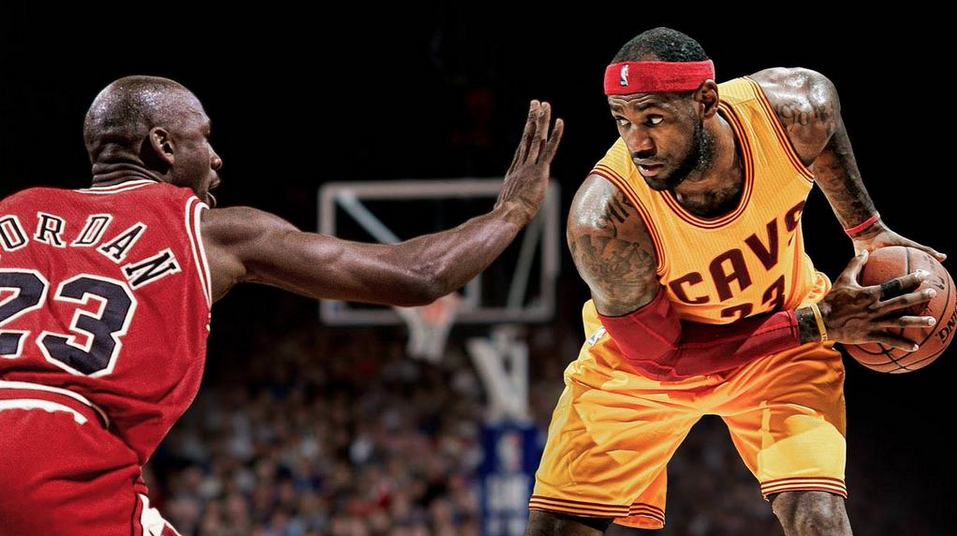 Avid sports fans, despite varying athletic interests and hometown loyalties, all share an important commonality: a love for making controversial statements. We derive peculiar satisfaction from offering obscure statistics to our critics – and nothing, absolutely nothing, could satisfy us more.

Over the last several years, my favorite claims have encompassed everything from Eli Manning’s status as an “elite” quarterback to the “certainty” of the Washington Redskins achieving back-to-back winning seasons (an elusive phenomenon for us loyal fans). I’ll proclaim that John Wall is the best point-guard in the NBA right now and look for anything to justify that answer. Friends will testify that I’m still in denial about Stephen Curry earning regular-season MVP honors, and even more outraged with Andre Iguodala receiving the Finals MVP (doesn’t he still play for the Nuggets or something?). My closest friends – and I mean, my closest friends – are the only individuals who have heard my most controversial belief: LeBron James may be the best to ever play professional basketball.

Cue the inevitable laughter and snorts of derision from friends, family, and familiar faces at Yates Field House. Where’s Stephen A. Smith and his inflammatory remarks when you need him? How could I have the audacity to anoint “The Chosen One” as the best to ever play… when he’s only won two championships? When he’s still lagging behind Jordan in the awards category? When he decided to “abandon” the city of Cleveland and “take his talents” to Miami Beach?

The answer, my fellow sports fans, lies in the simple truth that championships and scoring titles are not the best way to measure the “best ever.” While these considerations have an undeniable influence, journalists and spectators have fallen captive to the trap of quantitative analysis, forgetting that a player’s legacy goes beyond career field goal percentage and assists. I propose an alternative method, one engrained with the philosophy that humble beginnings, stories of redemption, and economic factors should all be included in the methodology of classifying a sport’s most iconic figure.

Growing up as an only child in Akron, Ohio, LeBron James confronted severe poverty on his journey to NBA stardom. His ascendancy to basketball dominance was highly unlikely, borderline impossible; a sentiment eloquently captured by his declaration “I am not even supposed to be here,” following game seven of the 2013 NBA finals. Throughout his career, LeBron has played the game of basketball with unrivaled drive and determination, perhaps best represented by his powerful collisions en route to the hoop. Make no mistake about it, LeBron is not a graceful athlete – his style of play often entails backing down defenders for seconds on end and initiating contact on subsequent spins to earn trips to the free throw line. But his willingness to carry the team on his back, so telling of a childhood spent overcoming poverty, adds a second dimension to LeBron’s profile. Viewing his championships, MVPs, and scoring titles through the lens of poverty allows us to challenge the notion that Jordan should always remain the undisputed “best ever.”

For many sports fans, LeBron’s infamous “Decision” on July 8, 2010, is viewed as a blunder on an otherwise impeccable professional resume. His sudden departure for Miami, announced inexplicably under the national spotlight, has undoubtedly raised cries for LeBron’s removal from the discussion of the game’s best. I would argue that LeBron’s actions have instead created the conditions for a story of redemption, a homecoming that casts Ohio’s superstar as a wiser, more mature version of his former self. If LeBron succeeds in winning a championship with the Cleveland Cavaliers – a franchise that has never produced a championship for its hard-working, mid-western fanbase – then we will be in a better position to appreciate his impact on Cleveland, Akron, and the game of basketball. Winning titles with multiple franchises is a skill that requires a charismatic presence, cultivation of interpersonal skills, and adaptation to different organizational mantras. Basketball is more than a collection of individuals playing on one court. It’s about the unlikely chemistry that somehow develops among individuals with vastly different personalities, upbringings, and values. If LeBron manages to lead the Cavaliers to multiple titles, he may very well be the best to ever play.

Following LeBron’s resigning with the Cavaliers, economist LeRoy Brooks predicted that the King’s return could generate $495 million dollars in additional revenue for the city of Cleveland. While this estimate has come under fire from other economists, particularly for its assumption of deep playoff runs and neglect of the substitution effect, it’s highly probable that LeBron will generate hundreds of millions of dollars on an annual basis. There’s something more important than the actual dollar amount, however. It’s the collectivist spirit that surrounds LeBron, the potential for Cleveland residents to rally around its hometown hero to enact changes to cultural and physical infrastructure.

Before we become embroiled in divisive arguments about championships, MVP awards, and scoring titles, let’s remember one thing: basketball, in many respects, represents where you come from and how you confront adversity. The art of calculating the “best ever” shouldn’t be frustrating. It should be a celebration of those who left it all out there on the floor in the name of something bigger.