At 49 years young, Janet Jackson has returned on October 2nd to show the music world that she is not done yet.

Unfortunately, with her new album Unbreakable, , Ms. Jackson falls into the stereotypical pitfalls of an artist attempting self-revival by releasing new work long after their time in the spotlight. Most of the music sounds like generic, 90’s pop conflicting with a failed connection to an older era from the modern day. This album is by no means horrible, and there are definitely a handful of enjoyable songs on Unbreakable. Nonetheless, the album overall is cheap, basic R&B-pop at best.

Although I critique Janet’s awkward blends of the past and present in  genre, I believe she creates some of her best when she channels her 80’s new wave and R&B mix. On tracks like “Dammn Baby,” “Promise,” and “The Great Forever,” one can undoubtedly hear the influence of artists like Prince and Janet’s late-and-great brother Michael in Janet’s vocal style and nostalgic synth techniques. These tracks create something unspectacular, but enjoyable enough for a listen once-through.

Incessant repetition is a great detriment to Unbreakable. I can accept that an artist is not bringing anything innovative to an album, only so long as the basic music is made well. Further, the songs should at least offer a variety of previously overdone techniques. For the most part on this album though, a listener can begin a song, then skip to anywhere on the track and feel as though not a beat has been missed. Every track is uniform throughout, without any particular rises, falls, or sudden shifts.

Certain tracks seem to defeat uniformity in their initial interest and brevity. “Dream Maker/Euphoria” is a short track that begins with a catchy, nostalgic, Motown-esque intro that turns into a sexualized-style pop. The music does not waver after this change, but the initial Motown charm is enough to make the track a highlight of the album.

Songs that try and conform to the modern era fused with early 1990’s, 2000’s style pop- Jackson’s relative “peak” period of fame are the worst of Unbreakable. There is a clear indie-R&B flavor in these songs—a modern trend adopted by many artists of today, including the Weeknd and Frank Ocean. The slow, drawn-out sexualized sound is easily overdone, especially in light of the repetition already present on the album. Jackson seems to struggle through “No Sleeep” feat. J. Cole, awkwardly attempting to mimic a style appropriate to J. Cole’s genre until Jackson can finally stop singing and let him go into his verse.

Jackson should take note of her lack of comfort in this genre and divert back to what had made her previously popular. Nothing is more fun on this album than hearing her and Missy Elliot go crazy on “BURNITUP!” a nonspecific, yet perfectly entertaining dance track.

Unbreakable feels like a shotgun attempt to stay relevant, with an appeal to too many genres and sloppy production. This album is quite long as well; nineteen tracks is certainly enough for two LP’s. Jackson would have been better off with half as many tracks and more refinement. Unbreakable emphasizes an ill-planned attempt to throw out as much music as possible. Janet has not given us masterpieces in the past, and at this point it looks unlikely that listeners will receive any more in the future. Another average, generic dance album is what I expect in years to come if this is not the final album that we will see from Ms. Jackson. 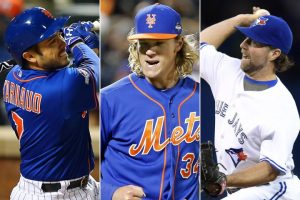 An Awesome Evening of Friends &pizza

Get your ears checked.

LOL. Who would take this review seriously after “credible” sources have lauded this album a massive artistic success? You have no idea what you are talking about. Janet has not given us masterpieces in the past? Who are you trying to fool? This album is absolutely phenomenal and the best female record this year by far. Sorry if you’re a butthurt Madonna fan who hates that your fave’s last effort is not even half of this. Oh well.

This review feels strained and artificial. It’s as if an internet troll wrote it.

I don’t say this to disrespect the reviewer, but his feedback is so overtly disparaging, it’s laughable. It’s rooted in paltry criticism versus balance and foundation.

Agree with the 3 comments. Perhaps the lack of commentary on this review speaks to its lack of validity.

Did the reviewer even listen to the album? And it’s not 19 tracks long! It’s 17. The 2 alternate mixes of No Sleeep don’t count. On the subject of that song, I find it amusing the reviewer said Janet was trying to conform to Cole’s style even though she released a version of the song completely void of him about a month before.

Not the best Janet album ever. Or maybe it is? Once we cut the nolstagia of her previous works?

Well… when pretty much everyone (listeners and critics) praise an album, and one reviewer doesn’t… guess who is right and who is wrong (*ahem* a.k.a. biased) with their critique? Thankfully, us readers, have a good sense of what is an objective review and what it not. This clearly is NOT it.

This line made me laugh the most: “Unbreakable feels like a shotgun attempt to stay relevant”.

If this album is NOT something, it is precisely that. It completely ignores current radio and popular trends throughout the majority of the tracks as stated by 99% of reviews (except this one).

What album did you listen to you during your review? This album is so sonically diverse, you have Uptempo, Midtempo, Slow Jams, Arena fillers, Rock, Pop, Motown, Country, and R&B. The production is pristine, Jimmy Jams and Terry Lewis, do not do sloppy production. Matter of fact if you ever read past reviews on the production of Janet’s albums, you’d know critics sometimes feel her albums are “overproduced”. This album speaks on faith, loss, love, those forgotten in society, and hope. I am just not sure you pulled out the liner notes to read any of the lyrics. This is a triumphant come back on Janet’s terms. You’re definitely entitled to this opinion but it just seems so biased and overly critical.