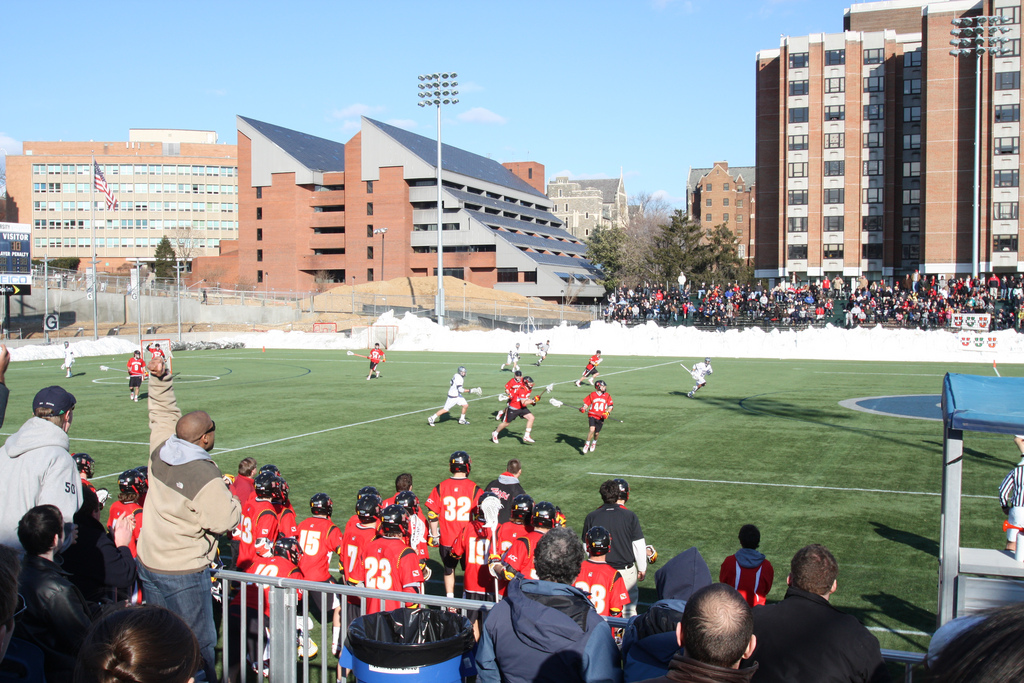 The Multi-Sport Field is to be renamed to Cooper Field after the $10 million renovation are complete. File photo: Georgetown Voice

Student-athletes at Georgetown are set to benefit from one of the largest donations ever made to the school, a $50 million gift from Peter and Susan Cooper to support athletic leadership development and improvements to Multi-Sport Field, the university announced Wednesday, Oct. 6.

The gift, which is the largest ever given to the athletic department, will initially provide $10 million for enhancements to Multi-Sport Field, as well as $5 million for the expansion of leadership training programs for student-athletes, according to the Washington Post. The rest of the donation will be available for future projects and will endow the leadership program.

“We’ve had just this connection as a family and, without wanting to sound trite, I think we did join a greater family at Georgetown,” Peter Cooper said. “It’s part of our core, and we’re very, very fortunate to have had the ability to be able to make this gift.”

The renovations to the Multi-Sport Field, home to Georgetown’s varsity field hockey, lacrosse and football teams, will include improved seating areas and new locker rooms. Construction will begin in summer 2016, and the improvements are expected to take between 12 and 18 months to complete.

The field renovations will play a role in the development of the “student-life corridor,” an initiative emphasized in the university’s master planning goals to improve facilities in the area along Tondorf Road between the Leavey Center and the Healey Family Student Center.

“The impact that that part of campus has not only on student athletes and varsity competition on game days, but how we utilize that area of campus after 4 p.m., when intramurals are on, club sports, some special programming for students, there is a lot of activity that happens on that part of campus,” Reed said. “It impacts more than just a few students. It impacts a few thousand students.”

The Cooper Athletics Leadership Program, as it will now be renamed, “is a clear statement of priority to invest in the formation of our student athletes,” Reed said. “It’s an academically grounded program that leverages the practical experience that athletes receive with the science of leadership.”

Hoyas Lead, the curriculum within the program, will offer Education, Advocacy and Training Programs, Leadership and Team Dynamics Consulting, and Personal Strategic Planning, according to the program’s website.

The Coopers were motivated to support the Georgetown athletic program as the parents of five Georgetown graduates, four of whom were student-athletes. Three of the Coopers’ sons played on the football team, while their daughter captained the swim team. Peter Cooper was also a member of the Board of Directors from 2001 to 2013, where he served as chair of the Investment Committee.

“I know what they all went through, the whole team, and the rigor and dedication that’s involved in being a student-athlete at Georgetown,” he said. “It’s demanding, and so I was very moved by that experience. I feel very very humble to be able to contribute to the academia that can be developed around the issue of leadership, so that it can be taught not just to athletes over time, but to anyone who wants to be part of the program.”