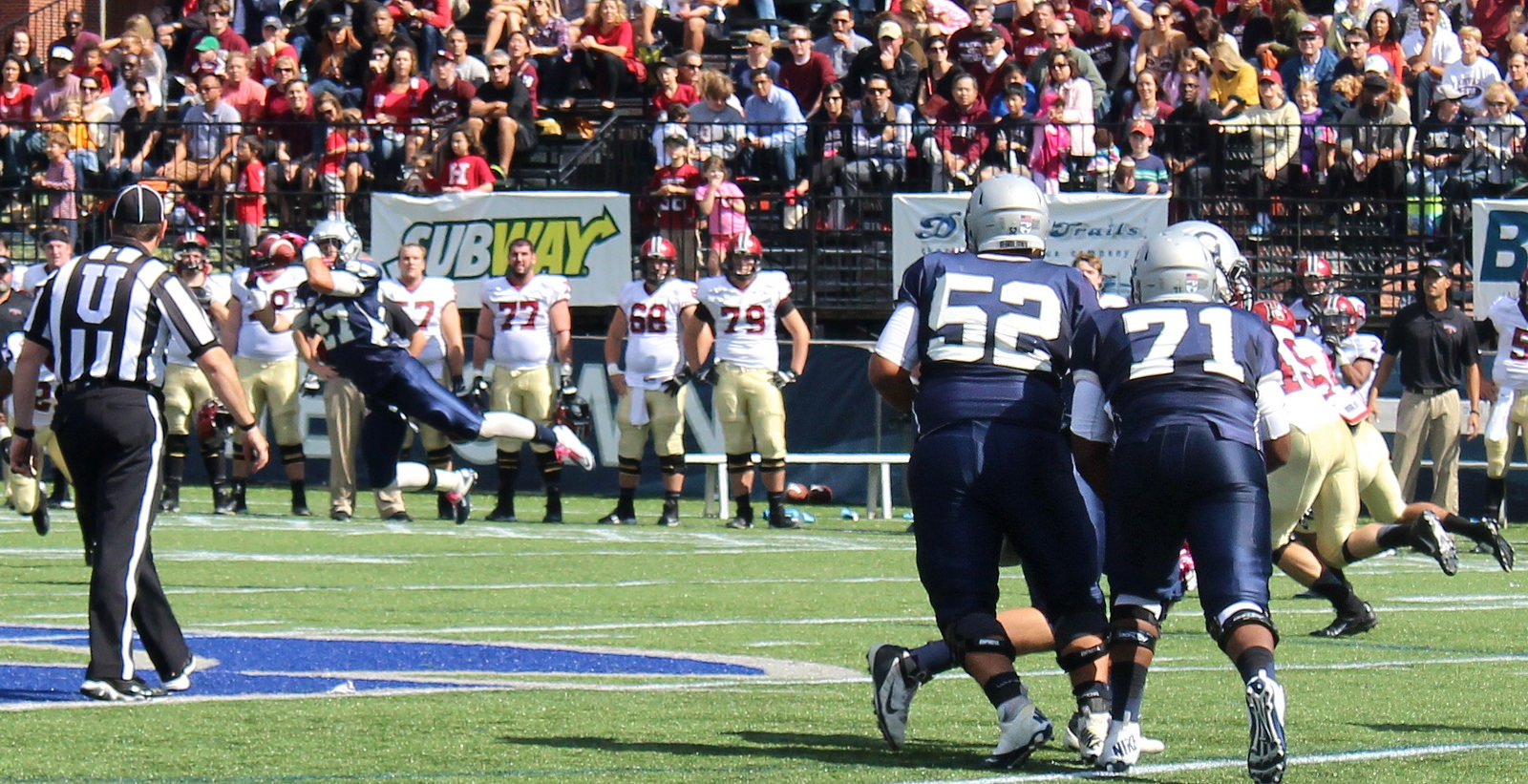 The Hoyas ceeded almost 500 yards overall with 245 of those yards coming courtesy of the Harvard running game. Georgetown was only able to muster 222 yards, with senior Kyle Nolan and his apprentice, junior Tim Barnes, splitting time at quarterback. Between the two of them the offense was only able to pick up eleven first downs.

“We had a lot of missed assignments. And you can’t have that against a great team like Harvard… We have to focus up all week. Do the things right in practice and hope that it translates right into the game,” Nolan said.

The Hoyas also suffered from poor special teams play throughout the game. In the first quarter, the Hoyas missed a field goal after they were gifted a penalty that put them in range. Later in the first half, Harvard was able to block a punt, further shifting the momentum in the direction of the Crimson.

“If you look at the statistics, if you get a kick blocked, you don’t win very often… But it’s something that we will take a look at and get corrected,” Georgetown Head Coach Rob Sgarlata said.

Nolan and Sgarlata did give a lot of credit to the team, especially the defense, for continuing to fight even as Harvard dominated all facets of the game.

“We don’t change from week to week. We’ve been doing the same thing since August 8th. We play good defense here. It’s a process of a whole game,” Sgarlata said.

As for the offense, while the lack of total yardage is troublesome, Coach Sgarlata emphasized his concern was with points.

Moving forward, the players were similarly confident in the team’s ability to bounce back and respond in coming weeks.

“We gotta go HAM and do our thing. We got our game plan and we’re good to go with it,” senior defensive end Hunter Kiselick said.

The Hoyas now head back home to host the Lafayette Ragin’ Cajuns (1-4, 0-0 Patriot League) for the Homecoming game this Saturday at 2 p.m. on Multi-Sport Field.