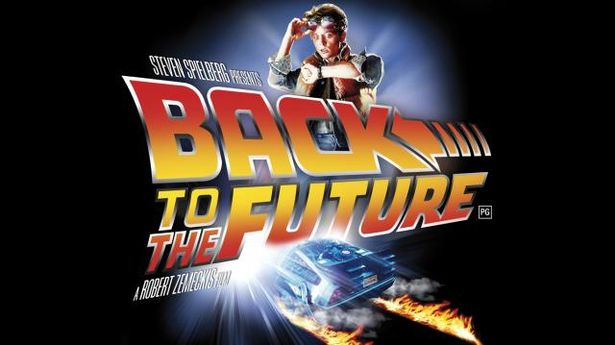 Today, October 21st, 2015, is one of the most anticipated in film-geek history. It’s the day that Marty McFly and Doc Brown travelled to in the classic Robert Zemeckis film, Back to the Future. That’s right, somewhere in Hill Valley, California, there’s a DeLorean about to hit 88 miles an hour and travel to a place where they won’t need roads. In order to celebrate “Back to the Future Day” as best as we can, let’s take a look at Back to the Future, and examine exactly why it’s such a classic today.

The anchor of the trilogy is, without a doubt, the dynamic duo at the center of all three films. Michael J. Fox as Marty McFly is an absolute treat. Fox brings a unique, “aw, shucks” wide-eyed sentiment to the role. He brilliantly and subtley mixes comedy into his performance. Just don’t call him a chicken. Christopher Lloyd’s Doc Brown is eccentric enough to win over the hearts of viewers everywhere, and his wide-eyed expressions are just as endearing as Fox’s. The two manage to travel to four different time zones, including an alternate 1985.

So what makes the films so memorable? It’s difficult to say exactly. If you think too hard about the story, you’ll quickly realize that it’s actually a little creepy. In fact, the comedy is the only thing that stops the audience from noticing the incredibly uncomfortable, incestuous undertones of the first film. There are also a bevy of plot holes and time paradoxes littered throughout the story. And yet, the films are science fiction comedy classics. That’s because they have something that so many modern day movies lack: heart.

This is what makes the films so special. Marty McFly is an infinitely relatable protagonist, and you cheer for him every step of the way because Fox is just so darn convincing in the role. Doc Brown is a hilarious character who just wants to strive for the betterment of humanity through scientific experiments. The end of the films are always satisfying, particularly the end of the first installment. We see Biff Tannen get his comeuppance, and although he is able to wreck the timeline in the second movie, Marty and Doc always set things straight. The protagonists win, and the audience feels as if they went along for the ride. The films are so earnestly made that they feel like genuine works, even the sequels, which are elevated far beyond the standard cash-grab.

The films are also incredibly quotable. “Great Scott!” “Why don’t you make like a tree, and get out of here?” “If my calculations are correct, when this baby hits 88 miles an hour…you’re going to see some serious shit.” “Roads? Where we’re going, we don’t need roads.” “This is heavy, Doc.” This is some of the most fun and memorable writing in all of Hollywood.

Watching the trilogy in 2015 is especially fun because we get to analyze what predictions the movies got right and what they got wrong. Unfortunately, there are no hoverboards, or flying cars and the Jaws franchise didn’t make it past Jaws: The Revenge. But hey, the Cubs still have a shot at the World Series (albeit a slim one, as they’re down 3-0 to the Mets at the time of this article’s writing), and video calls are certainly a thing.

So if you have a free moment tomorrow, or really any time in the remainder of the year, pop in the trilogy and enjoy some of the best feel-good movies in Hollywood. Just ignore the incestuous undertones and you’ll be fine. If nothing else, at least listen to Johnny B. Goode at some point during the day.

More: Back to the Future, HALFTIME, Slider