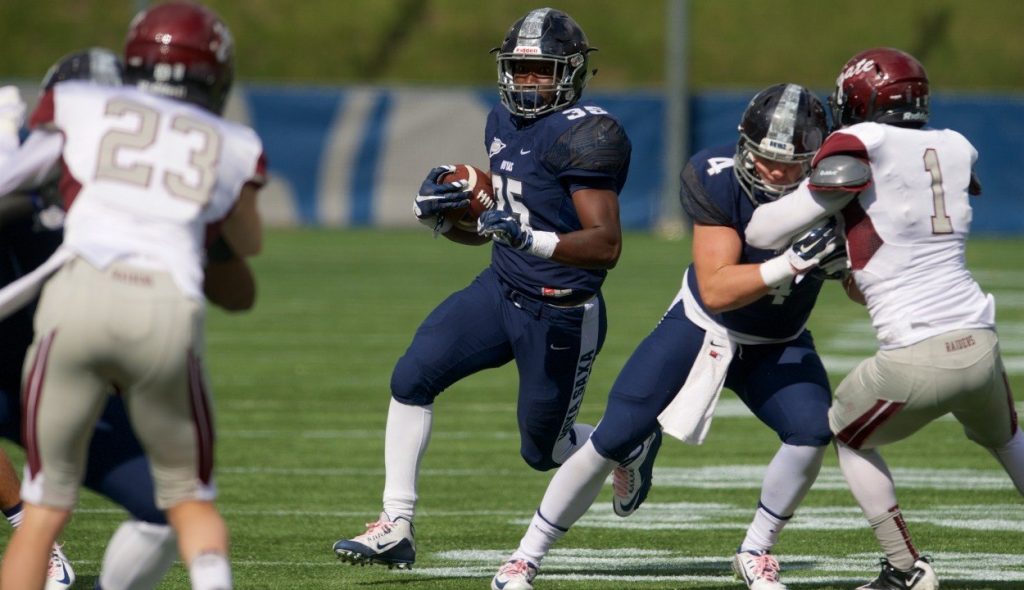 The Georgetown football team (3-4, 1-1 Patriot League) will look to rediscover their winning ways when they travel to face Bucknell (3-4, 0-1 Patriot League) Saturday afternoon in the team’s first conference road game. Kickoff is slated for 1:00 p.m.

Georgetown Head Coach Rob Sgarlata had nothing but praise for Bucknell Head Coach Joe Susan and his team before the team departed for Lewisburg, Pa. on Friday.

Sgarlata acknowledged the challenge that the Bison defense will present especially for the Hoya offense, who will look to bounce back from scoring just 13 points last week in their loss to Colgate.

“They play really good defense. They make you earn everything that you get,” said Sgarlata. They’re a veteran group on defense. I think they play extremely hard.”

A 17-0 halftime deficit proved insurmountable for the Georgetown in last week’s loss to Colgate despite 13 fourth-quarter points. Sgarlata knows that if the Hoyas are going to close out the season strong, they have to key in on limiting their own mistakes. The Hoyas have committed a combined eight turnovers in their four losses, with zero turnovers in their three wins.

“It’s all about us. We made some mistakes in the game that we’re driven by us. I think, from the standpoint of the turnover battle, if we can possess the ball on offense and not turn it over, that’s kind of been our Achilles’ heel,” said Sgarlata. “Those are things that we work on during the week. Those are things that we preach. If you look at the games where we’ve been able to control our possessions and turnovers, they’ve been big deciding factors in those games.

Sgarlata and his players are looking forward to the challenge.

Halftime TasteTest: Vittles Finds
The Art of the Interception