On Oct. 26, Buddhist monk and author Matthieu Ricard headlined a dialogue in Gaston Hall on altruism as a path to fulfillment and its implications on our responsibilities as a global community.

The dialogue opened with Ricard introducing a key concept from his books: “Wicked World Syndrome,” or the idea that negative events draw one’s attention more than positive ones, leading many to take a more cynical viewpoint. He made cases against pessimistic and self-interested ideologies, which he described as promoting a kind of selfishness that consumes one’s life and leaves it unfulfilled, contrasting his generally optimistic outlook on human nature with the narcissism of Ayn Rand and Herbert Spencer’s Social Darwinism.

“If you have a group of altruists, they have an advantage over a group of the self-interested. It’s very stuffy in the bubble of ego,” said Ricard, regarding inwardly focused ideologies.

Ricard, dubbed by the media as the “happiest man in the world,” left his job as a biochemist to train as a Buddhist monk in the Himalayas, and has now written several acclaimed books on happiness, altruism, and the intersection of science and Buddhism. While also a photographer and translator, he is known for his viral TED talk on happiness, where he makes the case that we can train our minds to generate a greater sense of serenity and satisfaction through caring about others.

Ricard endorsed a form of meditation aimed at trying to train one’s mind to focus on serving the needs of others as an expression of empathy. He argued that compassionate meditation can be a path to happiness, although it does require some degree of mental training and practice in order to perfect. To support this, Ricard cited a number studies showing emotionally positive brain activity and enhanced mindfulness following meditation.

Additionally, he discussed how his altruistic philosophy manifests not only in day-to-day challenges but also larger human endeavors. Ricard addressed the global community’s responsibility to create a sustainable future by advocating for both limiting the production of greenhouse gases and tearing down institutional barriers upward economic mobility.

“The tendency is to say if [economic growth] works, as a byproduct society will be happy. But it turns out you can be a very powerful and rich nation and not so happy at the same time” he said.

Ricard also expressed concerns with the cultural trend in the last half-century towards individuality, citing the inwardly focused nature of social media and the internet. He illustrated this further with a graph of the use of personal pronouns such as “Me” and “I” in popular music since 1980, where the trend was towards individuals as opposed to groups. Meditation on the needs of others, he asserted, would remedy this shift in the culture.

Ricard concluded his presentation with a call to eschew cynicism in the name of social progress, saying that, “It’s too late to be pessimistic.” He implored the audience one last time to put in the work necessary to achieve an altruistic perspective.

“Never forget we need to transform ourself to help others,” Ricard said. “Altruism is a state of mind: a motivation and an intention.” 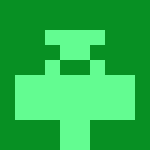