Coming Off a Le-High: Football Falls to Lehigh 33-28 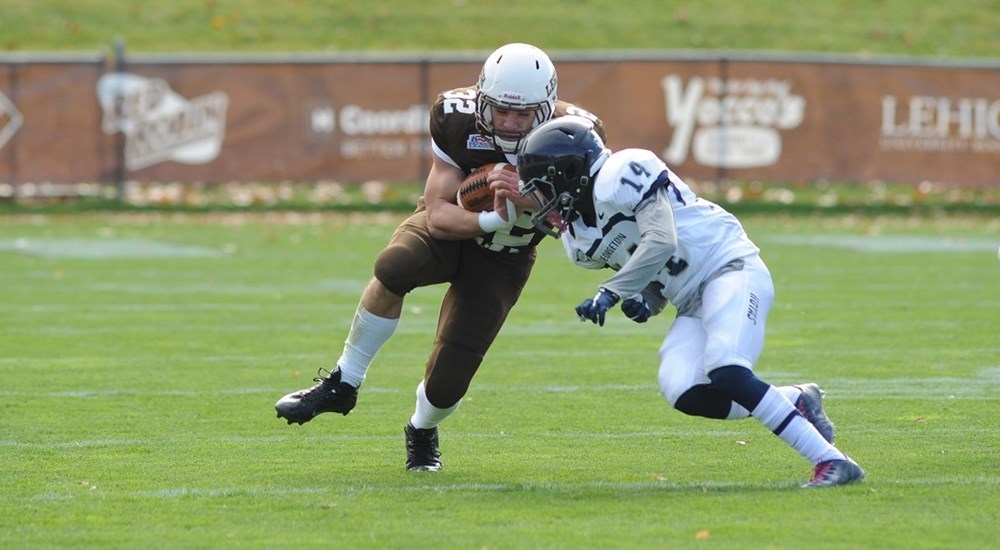 Senior quarterback Kyle Nolan had a spectacular game, throwing for four touchdowns and 355 yards. Senior wide receiver Jake DeCicco had another great game, adding 195 yards receiving and another touchdown to his season tally. The Hoyas also benefitted on offense from the play of senior wide receiver Harrison Glor, who hauled in two touchdowns on three receptions.

The Mountain Hawks were able to crack a defense that thus far has been the second ranked defense in the conference and first in yards given up against the run. Lehigh ended the game with 436 yards total and 222 yards on the ground in an explosive offensive performance.

After the first half, Georgetown trailed by a score of 24-7. The decisive moment in the game came when Georgetown opted to go for an onside kick early in the fourth quarter. After failing to recover the ball, the Mountain Hawks charged down the field and added another touchdown using the field position gained from the kick to their advantage. The Hoyas added another touchdown with less than two minutes to play, but it was not enough to overcome the deficit.

Georgetown will be looking to win the next two games in order to finish their season with a winning record for the first time since 2011. Georgetown returns to action Nov. 14th, as they take on Fordham at Cooper Field. Kickoff is slated for 12:00 p.m.