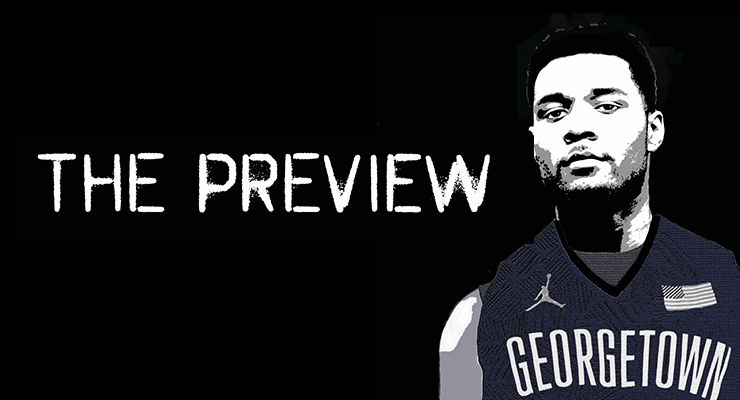 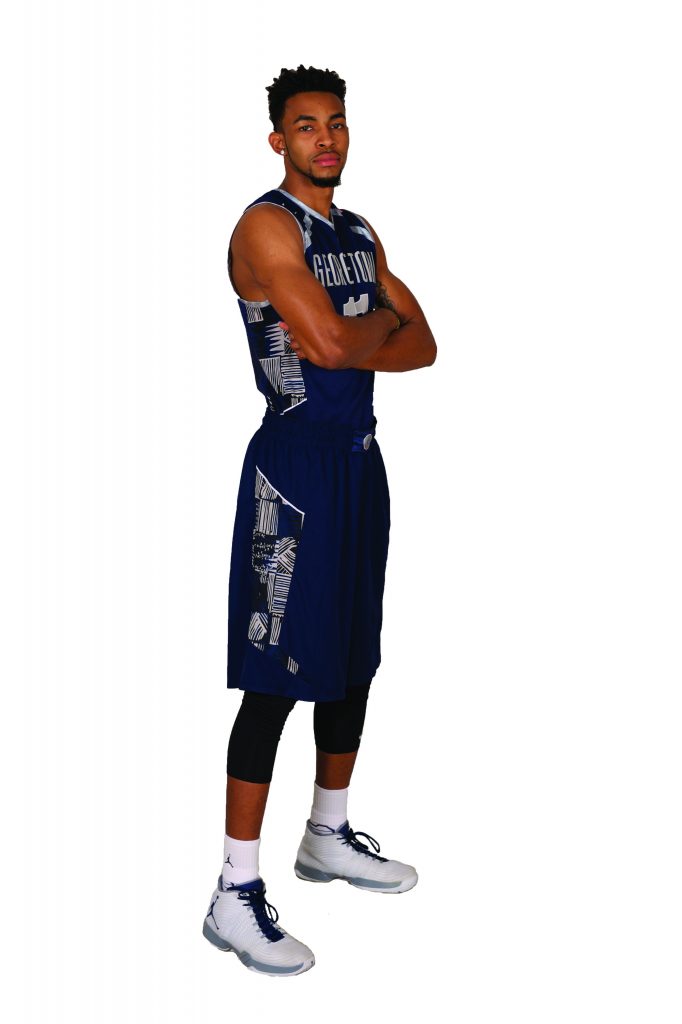 He’s a Hoya, stands six-foot-nine, and plays small forward. He’s tall, lanky, and prefers making plays that don’t always make it into the box score. And he might just be the team’s next superstar.

Thinking Isaac Copeland? You also wouldn’t be wrong if you picture a former fan favorite and Washington Wizard Otto Porter Jr. Porter had a breakout season his sophomore year, and Copeland’s style of play during his first year got fans talking. Now at the beginning of his second season, almost everyone who pays attention to Georgetown basketball has heard the comparison.

That is, except Copeland himself.

It would be fair to accuse the small forward of padding the truth, but it seems like if it doesn’t happen on the court, Copeland doesn’t pay it too much mind. Take his thoughts on his recognition as a Big East Preseason Honorable Mention.

“It’s cool,” said Copeland. “But I don’t really pay too much attention to that stuff. That’s about it.”

The comparisons began when Copeland found his game halfway through last season. The sophomore strung together a number of impressive performances, including a game-winning three against Butler that made him stand out in an otherwise-impressive freshman class. He became the guy that all those in attendance at Verizon Center wanted to see on the court. So what clicked?

“Just having confidence in myself and being more comfortable. Obviously after hitting the game winner against Butler, I mean everything kind of took care of itself. So, a big event like that will help anyone in their career,” he said.

And while Hoya fans were excited about finding a spiritual successor to Porter, one aspect of the comparison is frightening: Copeland may follow in the steps of the Wizards forward and leave for the NBA at the end of his sophomore year. An amazing season from the sophomore will be both a blessing and a curse. He could help take the Hoyas to the next level, but it could also mean that he departs well before his graduation date.

Thankfully, Copeland has a lot to think about between now and draft season. The sophomore is still developing his game at the college level and seeking to help his teammates improve, especially the new additions to the team.

“Last year was more of a learning experience, like just growing, watching the older guys. This year, I have one year underneath my belt. Basically, I’m more of a teacher, more vocal this year. So, definitely seeing my role change from this year compared to last year,” Copeland says.

Part of that process is the possibility of Copeland moving into the backcourt, which would represent a shift in his style of play and a shift in the Hoyas’ style as well.

“Last year I would get the ball and be like ‘ok’ and I’ll slow it up, take five seconds off the shot clock, and give it to a guard and go back to my spot,” said Copeland. “It makes our team a lot better, with the short shot clock now. It makes our team better, me being able to play the guard spot.”

It’s that kind of utility, not just on Copeland’s end, but on the parts of all the returning sophomores and the new recruits that leads the star small forward to believe the Hoyas will find success this year.

“I think we’re more versatile this year. We’re deep, very deep this year. I mean we have some experienced guys who didn’t really play that much last year that can be called upon this year. And then some young guys like me, LJ, Paul, Tre, who were thrown in the fire last year, thrown into the mix without a solid role, but this year we’re gonna be more of a pivotal piece of the team.”

With Maryland, Wisconsin, and possibly Duke awaiting Georgetown in just the first ten days of the season, Copeland and company will be thrown in head first. And regardless of Copeland’s post-grad aspirations, he has a lot of work to do this season before he can follow in Porter’s footsteps.

“If he exceeds that level of expectation this year then yeah, you can make those comparisons,” said teammate Bradley Hayes. “But right now, Isaac’s still going through the process. He’s developed a lot over the summer though so hopefully he can bring that same energy, same thing that Otto brought to our team.”

“I want to just win games, win championships, and make it farther in the tournament this year.” 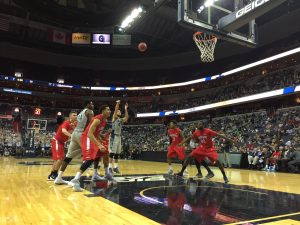 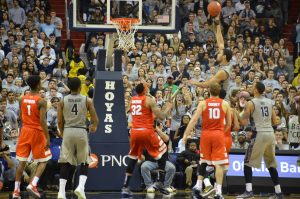 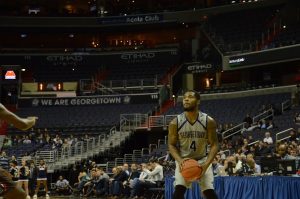