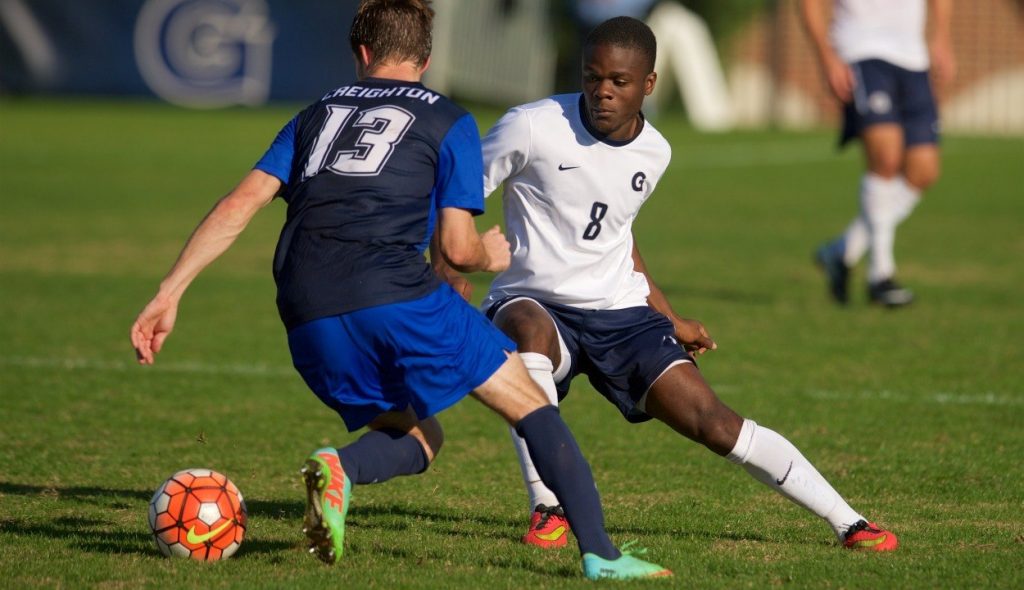 The Hoyas will look to capitalize on the momentum they generated during one of the most successful seasons in program history. The team won all nine Big East regular season games for the first time ever, and is currently riding a program-record 14-game unbeaten streak. After such a demanding season, Georgetown welcomed their first-round bye in the tournament with open arms.

“The rest was really good for us,” he said.  It’s good to be able to save our legs because the last game against Xavier went into overtime.  Rest will be very important.”

Georgetown is 2-2 all-time versus Xavier, with the most recent matchup ending in a 1-0 Hoya victory on the road.  As the historic record shows, these two teams have produced some incredibly close games when they have gotten together, as Georgetown Head Coach Brian Wiese noted.

“Every game we’ve played with Xavier has been close- it’s just how they’re built,” Wiese said. “They’re a team that can really easily frustrate you.  They’re very well-organized defensively and they are committed to doing a lot of the ‘blue-collar’ work.”

Georgetown senior attacker Brandon Allen, who leads the team in scoring, was well aware of the Xavier defensive prowess.

“We have to obviously come to the game mentally prepared,” said Allen. “We need to find a way to exploit the gaps behind their back four, especially because their center backs are very aggressive on the strikers.”

If the Hoyas win, they would host the winner of the other semifinal matchup between second-seeded Creighton and sixth-seeded Providence in the championship game on Sunday.  Despite the success of the Georgetown program in recent history, the team has never won the conference tournament, and will look to move one step closer toward accomplishing this goal. But first, they have to take care of business Thursday against Xavier.

“This is a good test for resiliency, for patience, and for handling the details right,” Coach Wiese said.  “This is one of those matches where if it was anything other than 1-0, it would be a surprise.”