By Elizabeth Teitz and Daniel Varghese 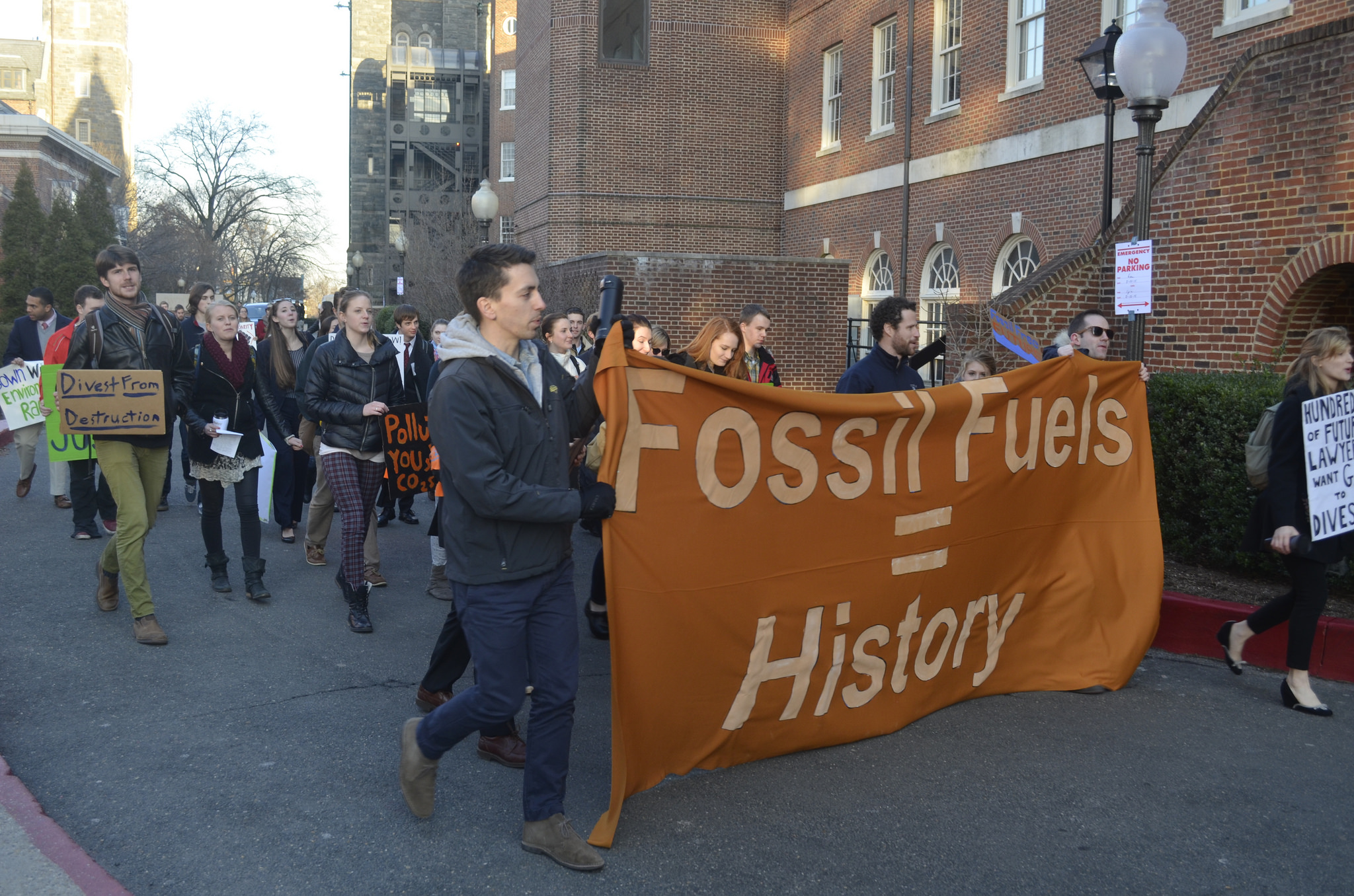 On Sunday Nov. 22, the Georgetown University Student Association (GUSA) Senate voted against adding a referendum on divestment from fossil fuels to the February GUSA Executive Ballot.

GU Fossil Free (GUFF) announced plans to hold the referendum in a YouTube video released on Monday Nov. 2. The referendum, which was proposed at last week’s Senate meeting, would have allowed students to cast a non-binding vote on whether or not the university should withdraw endowment funds currently invested in coal, gas and oil.

At the Senate meeting on Nov. 15, senators voted to table the vote due to disagreements on the language of referendum and on GUSA’s role in educating the student body on the issue.

According to Speaker of the Senate Enushe Khan (MSB ‘17), the deciding factor in tonight’s vote was GUSA’s role as “a student advocacy group.”

“Most senators seemed to lean towards the idea that the referendum ballot should not be used as a polling tool, since this particular referendum does not seem to have a predictable voting outcome,” she wrote in an email to the Voice.

Theo Montgomery (SFS ‘18), Vice-Speaker of the Senate and a GUFF member, wrote in an email that he was disappointed with the Senate’s decision. “The majority of the Senate decided that the issue wasn’t as salient or directly relevant to students as past referendum issues have been, and that having a referendum on this would take away political capital for other issues,” he wrote.

“While I respect the people who had these ideas, I could not disagree more with these conclusions. The 2000+ student petition signatures that led to this referendum being presented to the floor of the Senate in the first place clearly demonstrate that this is an issue important to the student body,” Montgomery wrote.

GUFF had hoped to use the referendum to show the University’s Board of Directors and divestment detractors that the movement has broad support among students. “Sometimes the board looks at us like we’re just a group of 20 activists,” said Caroline James (COL ‘16), a member of GUFF and GUSA Secretary for Sustainability. “We’re trying to use the referendum as an opportunity for the whole undergraduate body to say ‘[divestment] is something we think is important.”

Last summer, Georgetown’s Board of Directors voted to end the university’s direct investment of endowment funds to companies whose principal business is the mining of coal for use in energy production. “That is really not the full deal of what we want them to do,” said Isaiah Fleming-Klink (SFS ‘19), a member of GUFF. “We want them to divest from coal, oil, and gas, both direct investments and those through commingled assets and mutual funds.”

The last campus-wide referendum was held in the fall of 2013, in which students voted overwhelmingly against creating a “satellite campus.”

Section 7.04 of GUSA’s Governing By-laws state that “any student, having obtained 300 affirmative signatures from current Georgetown undergraduates (roughly 5 percent of the student body), may present a proposal for a referendum to the Senate.” Once they decided to pursue a campus-wide referendum on divestment, GUFF presented a portion of the over 2,000 signatures received for their divestment petition to the GUSA Senate. The referendum needed a two-thirds vote in the Senate to pass.

“I do sincerely hope that GU Fossil Free’s conversation with the Senate regarding divestment does not end here,” wrote Khan. “I was a part of the Senate that voted in favor of divestment in 2013. I would like to see GU Fossil Free take the most legitimate measures to accomplish their goals.”

What in God’s name happened to the Voice? Of the 19 content editors, SIXTEEN are male. How did it get to be such a boys’ club? And I guess there’s no editorial board anymore? So much for pushing progressive issues.

R
Reply to  Moishe the Beadle

haha yeah, writing a story that publicizes GUSA stifling student input on an environmental issue is SUCH a “boys’ club” post

Moishe the Beadle
Reply to  R

Considering that the masthead doesn’t have a comments section, this was the nearest anonymous soapbox I could stand on.