The Memphis Tigers had a strong performance from senior forward Asianna Fuqua-Bey, who led the team with 16 points and eight rebounds. Fellow senior forward Brianna Wright had a double-double, ending the game with 13 points and 11 rebounds of her own. Senior guard Ariel Hearn, an All-American Athletic Conference Second Team selection last season, was held to only eight points on the game.

Unexpectedly, Georgetown sophomore guard Dorothy Adamako, a preseason All-Big East pick, was held to only three points on the day, shooting 1-7 from the field and 1-2 from the free throw line. She did throw in three blocks, but also turned the ball over six times.

Both teams had difficulty holding on to the ball, combining for 64 turnovers throughout the game. Neither squad was able to get the ball to drop through the net either. The Hoyas were only able to manage a 37.5 percent clip throughout the game, including only a single three-pointer in 13 tries. The Tigers fared no better shooting the ball, ending the afternoon with a lowly 30.6 percent average for the game.

Georgetown was trailing 53-44 with just under two minutes to play, before the Hoyas staged an impressive 9-1 run to bring the score to 54-53 with just 12 seconds left on the clock. A combination of made free throws from Memphis as well as a late missed three ended the game for The Blue and Gray.

The Hoyas have five days to recover before their next game at Quinnipiac University (2-1, 0-0 MAAC) on Friday, November 7. The team will be competing in the TD Bank Classic, and will play either Catamounts (1-2, 0-0 America East) or St. Francis (0-3, 0-0 NEC) on Saturday. The weekend is set to tip-off at 5:00 p.m.  EST on Friday in Burlington, Vermont. 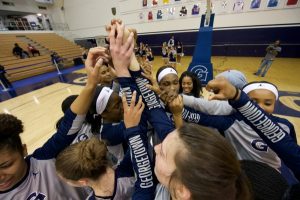 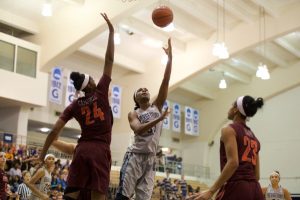