By Daniel Varghese and Elizabeth Teitz 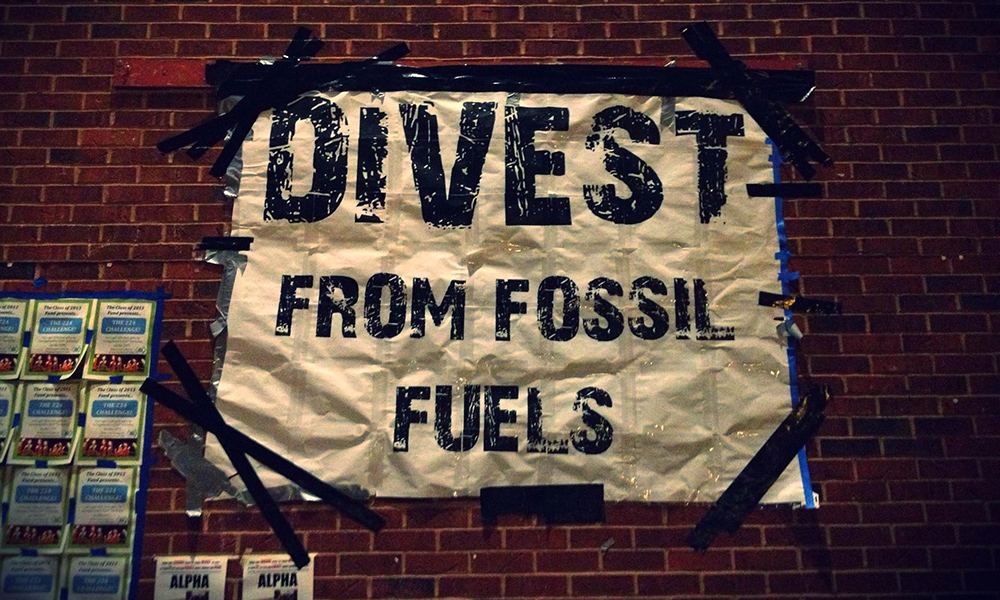 On Nov. 24, GU Fossil Free (GUFF) released a statement responding to the GUSA Senate’s vote on Sunday, Nov. 22 to not add a referendum on divestment from fossil fuels to February’s Executive Ballot, expressing their disappointment in the Senate’s decision.

The statement, which was posted on GUFF’s website, calls into question the Senate’s rationale for voting against the referendum, arguing that the decision was not in line with previous Senate votes and GUSA’s mission as a whole.

“The GUSA Senate’s worry that insufficient education would be given to students prior to the referendum is not a justifiable reason to withhold an opportunity for students to express their opinion on a timely and important campus issue,” the statement read, referring to the concern raised during Senate meetings on both Nov. 15 and 22. At the earlier meeting, several senators voiced their hesitation to support the referendum due to a lack of organized opposition, which they believed would give students unequal information on the issue of divestment, and would hamper their ability to make an informed decision.

According to Speaker of the Senate Enushe Khan (MSB ‘17), another key issue at stake in the Senate’s vote was the relevance of divestment to student life. In an email to the Voice, Khan wrote that she reached a conclusion during the debate that “after hearing several arguments about how GUSA already struggles to engage the student body on more pressing campus issues such as sexual assault policy reform and socioeconomic status, this referendum could potentially cloud our efforts to bring light to more pressing issues that directly affect the student body.”

Deep Dheri (MSB ‘16), who opposed the referendum, spoke at both Senate meetings, and argued that as the endowment is not comprised of student funds, its investment is not an issue pertinent to students.

“Students’ tuition goes to the university, and it’s spent on scholarships, on research, on pro-life conferences—none of the money that students pay goes to the endowment,” he said on Nov. 15. “The endowment is made up of alumni contributions. Students aren’t stakeholders in the alumni’s contributions, the endowment has a responsible to make [those contributions] grow in perpetuity,” he argued.

In their statement, GUFF cited the 2500 signatures that their petition had received, arguing that that demonstrated its relevance to current undergraduates.

“Current students play a necessary role in ensuring not only that the endowment can grow, but that it is invested in ways that allow other people to thrive for generations to come. As GU Fossil Free has maintained throughout our campaign, investments in the fossil fuel industry contribute not only to climate change but to other global injustices that threaten many people’s ability to thrive,” the statement said.

GUSA’s Executive also voiced their support for the Senate’s decision, and lauded their careful consideration of the referendum’s role.

“I’m glad that the Senate looked critically at this important issue and voted how they felt best,” wrote Connor Rohan, (COL ‘16) GUSA Vice President, in an email.

GUSA President Joe Luther (COL ‘16) echoed this, writing in an email “I was happy to see that there is great interest from the public in the proposal of this measure and a lively debate in the Senate. I hope that, regardless of this amendment, sustainability and divestment continue to be issues of discussion at Georgetown.”

Going forward, according to the statement, GUFF plans to pursue alternative means to their goal of divestment, including working with alumni and faculty, as well as members of the campaign at the Georgetown University Law Center. “We are confident that this broad coalition will ultimately prove to the Board of Directors that Georgetown will be on the right side of history when it chooses to divest from all top 200 fossil fuel companies,” the statement read.