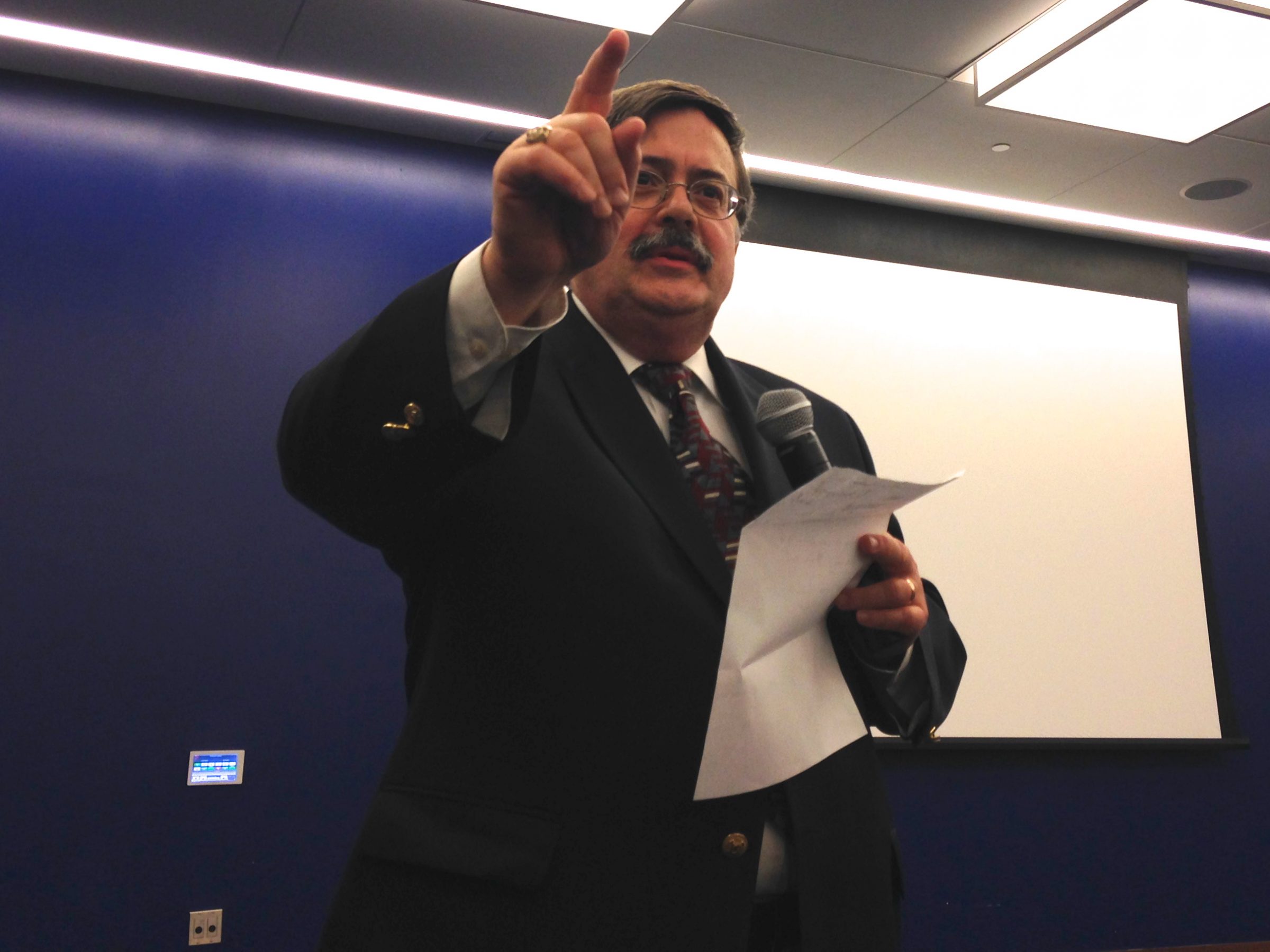 University registrar John Q. Pierce (COL ‘72) discussed changes to the course pre-registration system and solicited input on replacing the process with live registration at a GUSA Town Hall on Dec. 7. Approximately 40 students gathered in the Healey Family Student Center to hear about possible changes in the next two years, due in part to updates to the university’s technology systems. 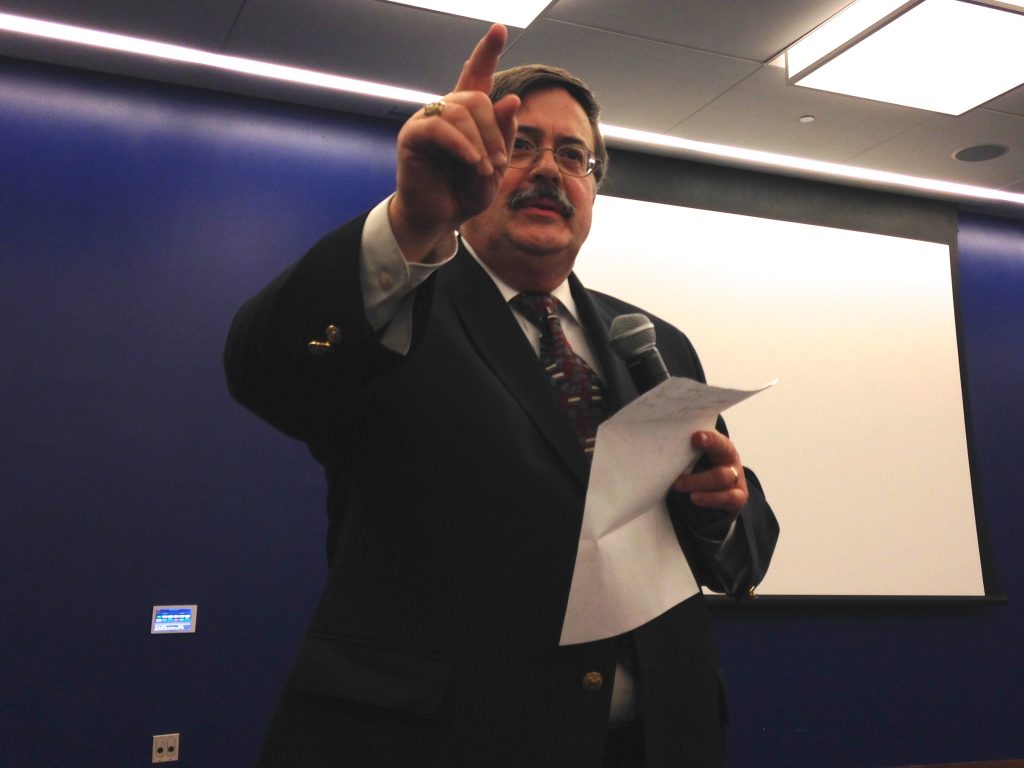 Currently, Georgetown uses the Banner by Ellucian student information system for course registration, including the period of submitting and prioritizing class requests and alternatives. However, this system, which was implemented in 2009, is due for an update, and the next iteration may not support the pre-registration option.

“We’re about to go to the next generation Ellucian system, and they’re changing the structure of the coding,” Pierce said. “It’ll be a few years before we’re forced to deal with having to migrate,” he added, suggesting fall 2017 as the first semester likely to be impacted. The Ellucian update could include a move to ‘real-time’ or ‘live’ registration, a process used by many other schools in which students are assigned a specific time period for course selection, based on seniority or credits earned.

Students overwhelmingly voiced their support for maintaining the pre-registration system, with only four of approximately 40 students voting against it in an informal straw poll conducted by GUSA Senator Richie Mullaney (COL ‘18) during the event.

“I like the fact that you can rank your preferences and also put alternates, and I think the way the system is set up, it encourages you to look at all of your options,” said attendee Sarah Alshawi (COL ‘18). “I like the fact that there’s pre-registration and then course completion and then Add/Drop, because I like that I have all that time to consider what I want to take,” she said, something she worries live registration might not allow for.

Rahul Desai (MSB ‘16) also indicated that he supports the existing system, but believes that modifications are necessary to improve its usability for students.

“I think some sort of interface like Classy [a Corp-run website for searching and visualizing courses] would be really important, because what Classy is really good for is searching,” he said. Additionally, he’d like to see a feature that would project the demand for each course, to help students decide where to rank it in their selections, as well as a component that would combine projected demand and historical course data to predict how likely the student is to be enrolled in their entire requested schedule.

Pierce himself also enumerated the benefits of the current system, which allows for deans and departments to modify course offerings in response to demand, and emphasizes the importance of the deans’ advising system. However, he indicated that given the imminent changes in the online system, other considerations are necessary.

“There is a fairly strong assumption in the student systems community that students are opposed to pre-registration, and that we should be prepared to move to Banner 9 in fall 2017,” he said. “The school [academic] councils would be very good places to enter this conversation, because the deans are very much involved in this discussion.”

Given the software changes, and unknown factors about alternative software options, Pierce did not offer specific details on what live registration might look like, though he did indicate that he hopes it would contain components of Classy and incorporate a degree-planning element. Additionally, Pierce will be stepping down from his position this spring after 42 years in the registrar’s office, and said he does not know what decisions the future registrar may make or exactly how they will incorporate student input.

GUSA Senate Chair Enushe Khan (MSB ‘17) asked Pierce about the effectiveness of a GUSA-led student referendum on the issue, which Pierce indicated would not be useful at this time. “I don’t think it should be held before students work with the academic councils,” he said.

Throughout the event, Pierce stressed that the main priority of the process is to ensure that all students are able to complete their degree requirements and graduate in four years. Regardless of what the system looks like, he said, “if we don’t do as well as we have at getting people out of here in four years, it’s not worth it.”