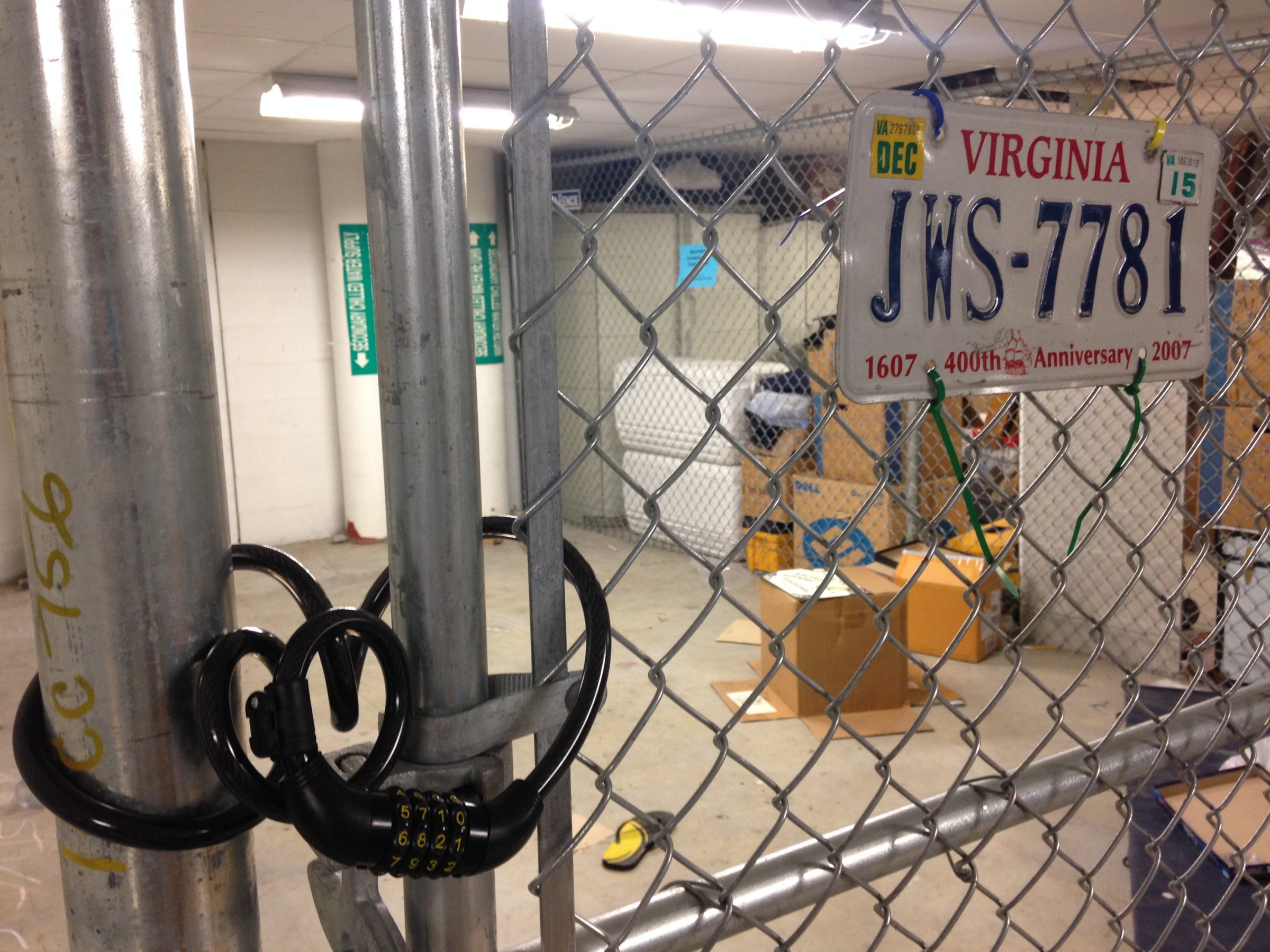 Student groups that are not recognized by the university, such as Georgetown University Fossil Free (GUFF) and Greek life organizations, are now eligible to use storage cages in the Regents Hall Mezzanine alongside recognized student groups. The announcement comes just over a year after former Georgetown University Student Association (GUSA) Executive Trevor Tezel (SFS ‘15) and Omika Jikaria (SFS ‘15) announced that these groups would gain limited access to benefits, including this storage space, in a press release on GUSA’s website.

“Trevor and Omika also promised groups a storage space, pending approval from the GUSA Senate Finance and Appropriations Committee. In March 2015, the GUSA Senate approved the GUSA cage as part of the 2016 Georgetown GUSA Budget,” wrote Kala Deterville, GUSA Undersecretary for Unrecognized Student Groups, in an email to the Voice. “The cage was supposed to be built this summer but wasn’t finished till mid-October due to inefficient communications between departments and offices.”

Now that the space is available, any student group that is not recognized by the university, often also colloquially referred to as groups without access to benefits, is eligible to use the cage for storage, as well as programmatic use, according to Deterville. The cage is nominally held in GUSA’s name and can be used by request on a semester-by-semester basis. “Groups can contact me anytime if they would like use of the GUSA cage,” she wrote.

Two representatives of the organization are required to sign a usage agreement and will then have access to the code for the area. “Groups must then fill out a Storage Unit Item List document, where groups will list all of the items they will like to store, subject to approval of GUSA,” Deterville wrote. 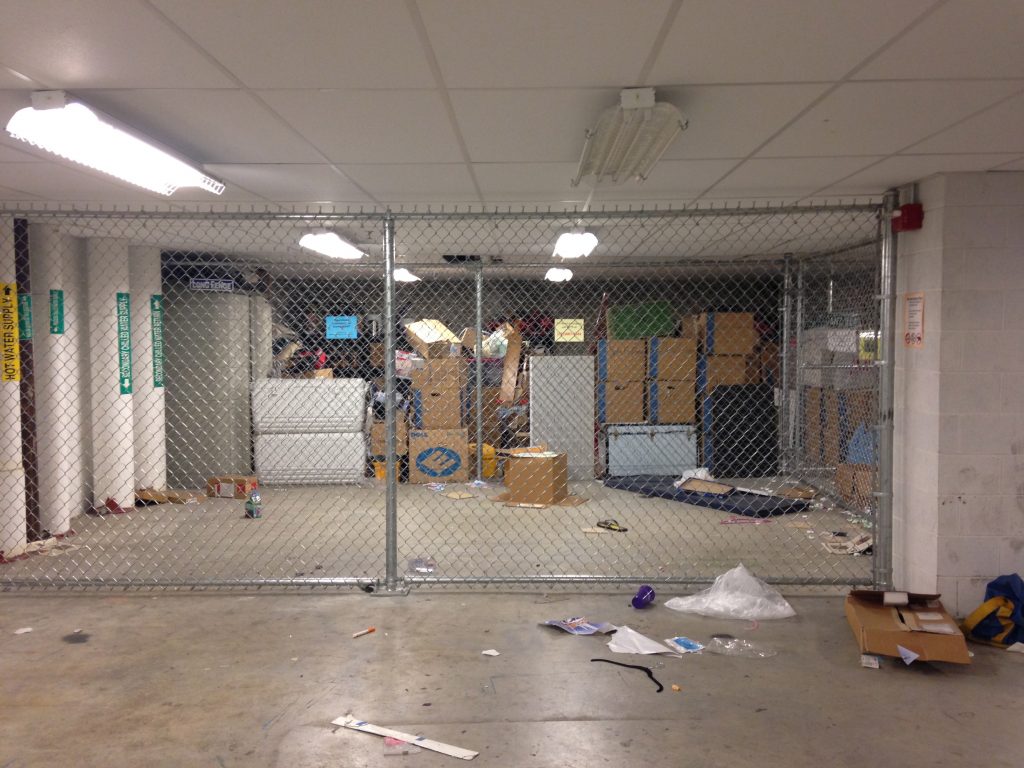 For GUFF, which previously had stored their belongings in individuals’ dorms and apartments, the storage space will help with organization and convenience, according to member Caroline James (COL ‘16).

“We’ve always had problems figuring out where to store things like our table, banner, petitions, signs, posters, chalk, and so much more,” James wrote in an email to the Voice. “Now we’ll have so much more access to our own things, instead of having to take them to our respective dorms and apartments, when we were constantly losing things. It will definitely be a centralized location for our materials, and it is such a simple benefit that goes such a long way for an unrecognized group like us,” she wrote.

H*yas for Choice (HFC), another unrecognized group, is also looking forward to the accessibility of the storage space, according to President Sophia Kleyman (COL ‘16). “One of HFC’s most important tasks is distributing condoms and lube, which means that we need to have a constant, very large, supply of both,” she wrote in an email to the Voice. Though the group has received large donations of these throughout the year in the past, the lack of a place to store them has posed problems. “This makes keeping the table stocked challenging, because the condoms aren’t necessarily stored in the same place,” she wrote.

Kleyman hopes that the use of the storage cage will eliminate some of their ongoing challenges. Other unrecognized groups, however, have found solutions to their lack of on-campus space and do not intend to store belongings in Regents Hall.

Alpha Epsilon Pi (AEPi) does not anticipate using the space, and had not been aware of it prior to being contacted by the Voice, according to President Jacob Bercow (COL ‘16). “AEPi probably would not utilize this space as most of the storage we do is for expensive electronics and memorabilia that we couldn’t risk misplacing,” he wrote in an email. “But I do think it is a good thing for unrecognized groups to have the option to store in Regents.”

Despite the fact that this is one fewer obstacle for unrecognized student groups, there are still benefits that they are unable to access.

“Unlike recognized groups, we lack funding, printing abilities, permission to reserve space, and more,” James wrote. “Space reservation has also been difficult, and we often have to do it in roundabout ways or just find an empty room at the time of our events.”

According to Deterville, printing funds are now available, as well as additional funding for events as needed on an application basis, in order to meet some of these needs. “Groups can email me with flyers or documents they would like to be printed and I will print them in black and white. I am hoping that by the end of Spring semester to get funds for printing in color,” she wrote. Co-sponsoring events is also an option for groups who need access to funding and spaces, such as the SigEp 5K Against Domestic Violence race that was co-sponsored by GUSA in October.

Undersecretary for Unrecognized Student Group is a new position in this year’s GUSA Cabinet, and Deterville is the first to hold the position. She acknowledges that there are challenges to shaping its role and GUSA’s relationship with these groups. However, she sees the storage access and other opportunities for these groups as a sign of commitment to them.

“Representing all students cannot be limited to just access to benefits groups,” she wrote. “We have acknowledged the difficulties that students have faced being a part of an unrecognized group and strive to make student life at Georgetown the best it can be by alleviating those difficulties. We are students representing students.”