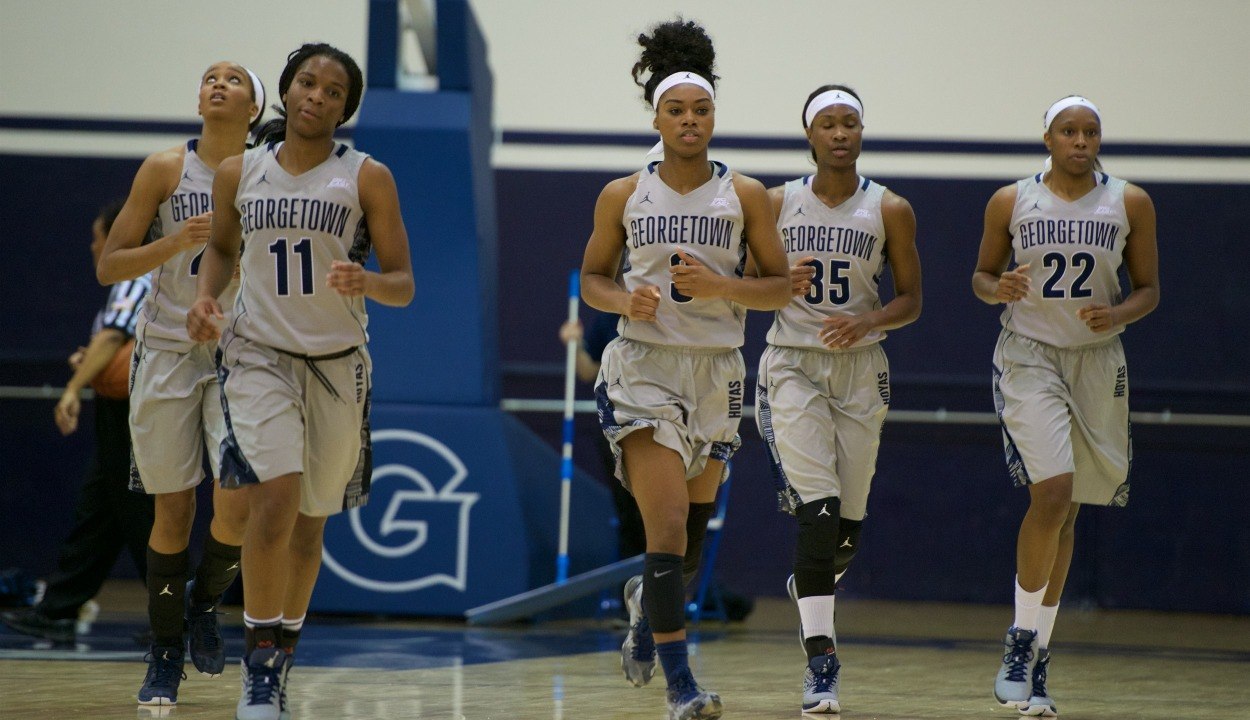 The Georgetown women’s basketball team (6-2, 0-0 Big East) defeated the University of Delaware by a score of 61-50 on Thursday night in the McDonough Arena. This win marks the second straight win at home for the Hoyas this year, after defeating Virginia Tech at home in November.

Freshman guard Dionna White had another strong night on both ends of the floor with 18 points, four rebounds, and two steals. She now leads the team with 14.6 points per game. White was also perfect from the charity stripe, with seven free throws on the night. Those free throws proved crucial down the stretch and helped the Blue and Gray to edge past the Blue Hens.

The Hoyas dominated the glass with 49 total rebounds. Half of those rebounds came from sophomore center Yazmine Belk and sophomore guard Dorothy Adomako, who had 14 and 10 rebounds respectively. 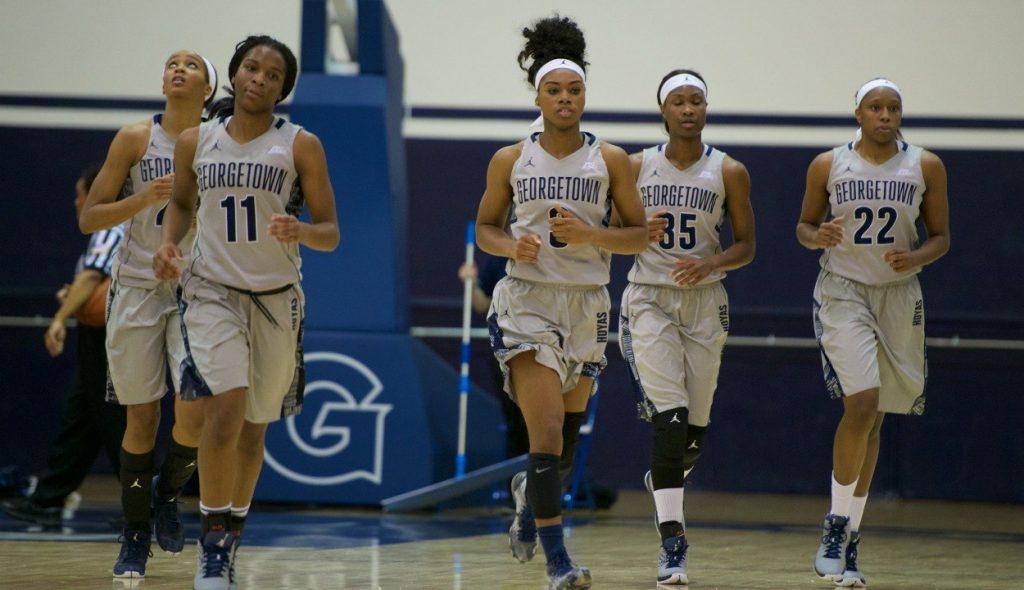 “That’s effort,” Georgetown Head Coach Natasha Adair said of the team’s dominance on the boards. “That’s 100% effort. That’s the thing with this team– everyone is on the edge of their seat. They don’t know when their number is going to be called, but it was a team win.”

Depth has been a key advantage for the Hoyas, and it was on full display against the Blue Hens on Thursday night. Before last night, Yazmine Belk was averaging just over 10 minutes per game. Against Delaware, Belk was on the court for 28 minutes and dominated in the paint for Georgetown. Points off the bench were another key factor for the Blue and Gray, as they picked up 21 points from players like Belk and graduate student guard Jasmine Jackson, who had eight points on the night.

“I feel like our bench could be anybody’s starters,” Adair said. “We don’t call them bench players; they’re players. They’re teammates. It’s just that you can only put five players in at a time. So, that’s why we always preach to be ready. I want to play everyone. That’s the beauty of this team.”

Georgetown also played air-tight defense against the Blue Hens. Delaware junior captain and forward Hannah Jardine had a career high 31 points against George Mason just a few days before making the trip down to the Hilltop. Against the Blue and Gray, Jardine had a total of six points, as she went two of four from three-point range.

“We talk about defense,” Adair said. “Our goal is to keep opponents at 50 points or under. I felt like we got stops and key possessions where we contested shots and stopped them. I felt like it was our house, our rules, and our kids responded in a big way.”

While the Blue Hens took control early, jumping out to a six-point lead with 1:18 left in the first quarter, the Hoyas responded by closing that deficit to one by the end of the first quarter, with the score 16-15 Delaware. After that, it was all Georgetown, as the Blue and Gray led for nearly 30 minutes of the game, and took their biggest lead of 12 points with seven minutes left in the fourth quarter.

“I would’ve liked to lead for 40 minutes,” Adair said. “But that’s just me. We found a way to win, and at the end of the day, that’s the ultimate goal. You see your team get better; you see them execute the plan. I’m very proud of them.”

Next up, the Hoyas will travel to Tuscaloosa, Alabama, where they’ll take on the University of Alabama Crimson Tide (7-1, SEC) on Saturday afternoon. Tipoff is slated for 1 p.m. EST. 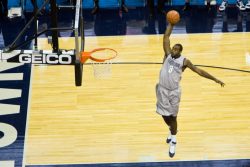