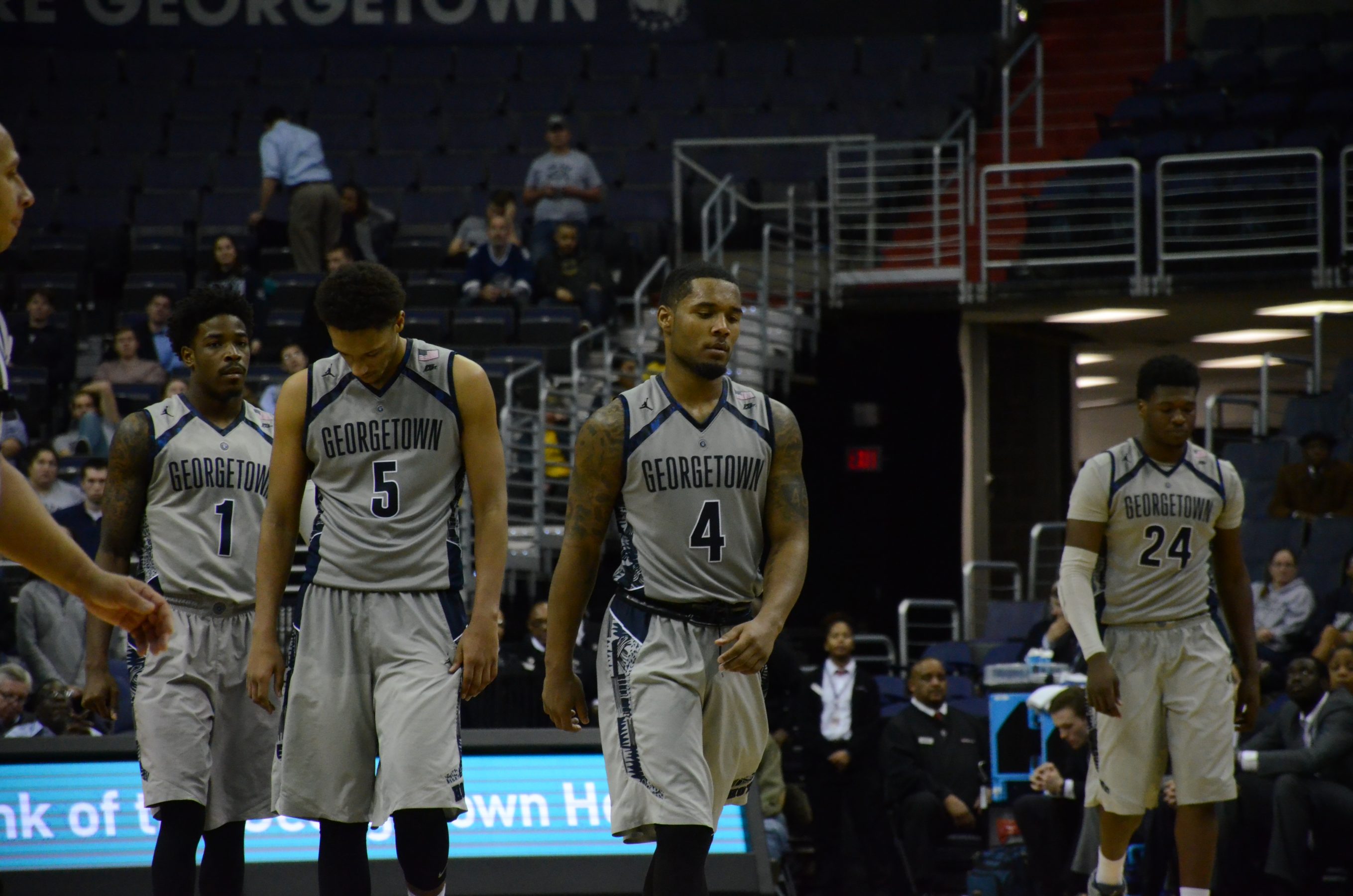 The Hawks (7-3, 1-1 MAAC), nationally acclaimed bench mob in tow, defeated the Georgetown men’s basketball team (6-4, Big East) 83-68 in front of 5,258 disheartened fans. The loss snaps the Hoyas’ five-game winning streak and marks the first time, combined with the team’s earlier loss to Radford, that the Hoyas have lost two non-conference games in a season at Verizon Center since 2004-05.

The Hoyas became the latest victim of a Monmouth team that has now downed four power conference schools, including UCLA, USC, and Notre Dame, already this season. The Hawks dominated the game from start to finish, leading by as many as 18, and never allowed the Hoyas to cut the deficit to less than nine points in the second half. 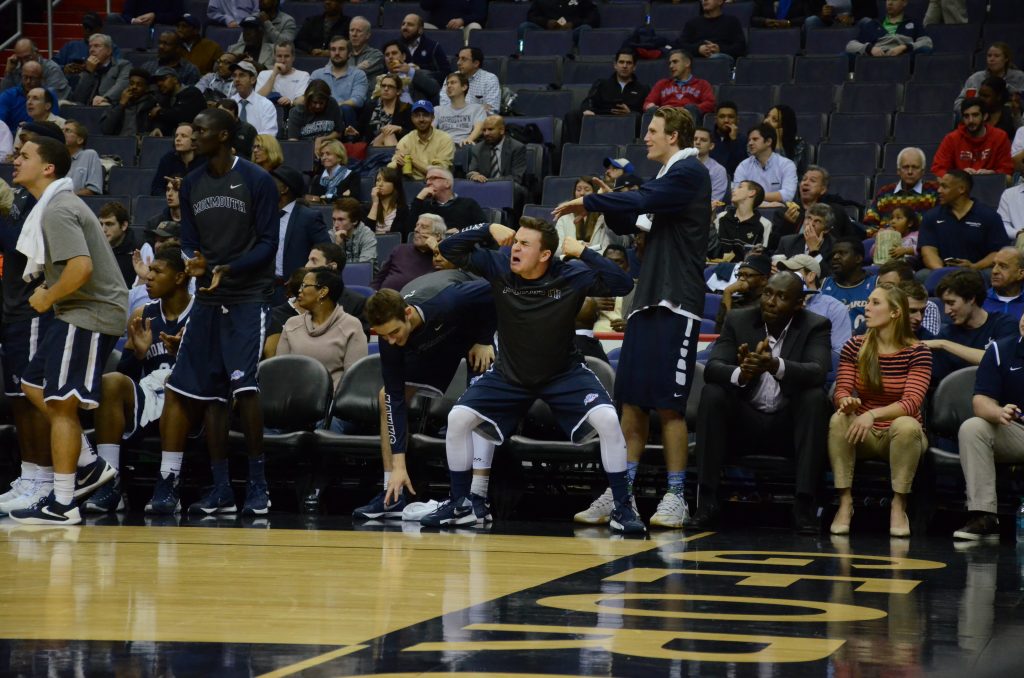 “Good players and good teams can shut that out for the small two or three hour window that you walk in here,” said Thompson. “I don’t think it was that, I think they just played well and we did not play well.”

Senior guard D’Vauntes Smith-Rivera paced Georgetown with 18 points off 6-of-18 shooting. Sophomore Isaac Copeland added 16 points, freshman center Jessie Govan had a career-high 14 points, and senior center Bradley Hayes grabbed 11 rebounds for the Hoyas, who shot 33 percent from the field and 64 percent, 21-of-33, from the foul line.

Junior guard Je’lon Hornbeak led five Hawks in double-figures with 18 points, including 15 made free throws. Monmouth senior guard Deon Jones, redshirt freshman guard Micah Seahorn, and junior guard Collin Stewart each had 13 points and shot a combined 7-of-12 from three-point range. The Hawks shot 50 percent overall from downtown on 20 attempts and did not miss their first 19 free throw attempts.

“I told our guys the last couple of days; it’s the best offensive team we’ve played this year,” said Thompson of Monmouth’s offense, a high mark of praise considering the Hoyas’ tough opening schedule that has included Maryland, Duke, Wisconsin, and Syracuse.

The Hawks built up their first double-digit lead, 25-14, at the 9:45 mark of the first half. Both teams played evenly for the remainder of the half, as Monmouth entered halftime with a 39-27 lead. Junior forward Reggie Cameron’s three-pointer at the 18:43 mark, which cut the Monmouth lead to 41-32, was the closest the Hoyas got in the second half..

“We have to get to where we can rely on our defense in getting stops,” said Georgetown Head Coach Thompson. “And we needed to do that today. We didn’t.”

“I think that they were just getting into the paint too easily,” said Smith-Rivera of the Hawks’ attack. “A lot of drive and kicks and they were finishing at the rim. They were getting a full head of steam at the basket.”

Georgetown will look to bounce back Saturday when they face UNC Asheville (6-4, 1-0 Big South) in the final game of their seven-game homestand. Tip-off is set for 12:00 p.m. It will be the penultimate game for the Hoyas before they start Big East play at DePaul on Dec. 30.

“Today, I think we caught Georgetown,” said Monmouth Head Coach King Rice. “They are probably in finals, or going to finals. That usually messes with kids. So good night for us, tough night for the Hoyas.” 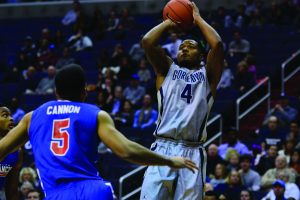 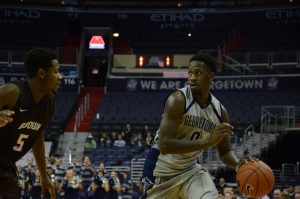 We Are Georgetown and You’re Not: Hoyas look to avoid walking the plank against Seton Hall 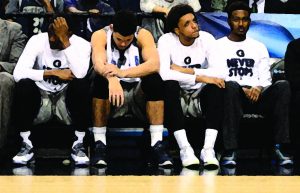