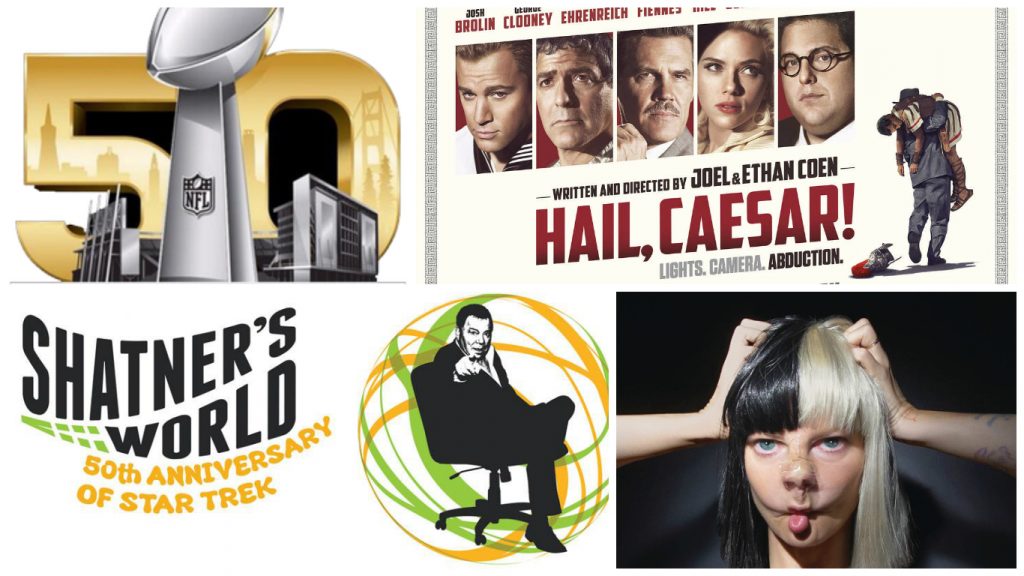 The Halftime Report: Week of 2/1

Another week, another Halftime Report. The new entertainment never stops, and neither do we. Here’s what you have to look forward to this week.

The seventh studio album from Australian singer-songwriter Sia, This Is Acting consists largely of tracks written for other artists such as Adele and Rihanna.

Marking their return from a two year hiatus, Hymns is Bloc Party’s first release since 2012.

The latest album from the Pittsburgh rapper promises a plethora of tight beats and marijuana references.

A reworked version of Dr. Dog’s unreleased debut LP, The Psychedelic Swamp will provide a glimpse into the beginning of the band’s eclectic style.

Pride and Prejudice and Zombies

Jane Austen’s classic novel gets a terrifying twist in this adaptation of the work. Zombies interrupt lovers’ quarrels to make these socialites run for their lives. Cast includes Lena Headey and Matt Smith.

Based on the novel by Nicholas Sparks, The Choice is a romantic drama about two neighbors who fall in love at first sight.

Huntsman addresses bipartisanship and political gridlock
The Weekly List: You Have Distracted From My Creative Process