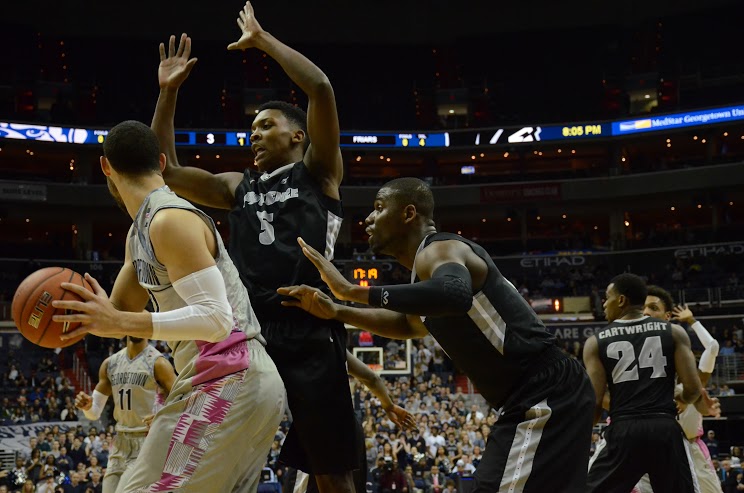 The bubble may have just burst.

The loss drops Georgetown to sixth in the conference standings, the first time all season the team has not found itself in the top-half of the table.  But perhaps more importantly, a win against a ranked team on the road could have been just what the NCAA selection committee needed to see from the Hoyas, who currently sit on the outside of the tournament looking in according to many analysts. 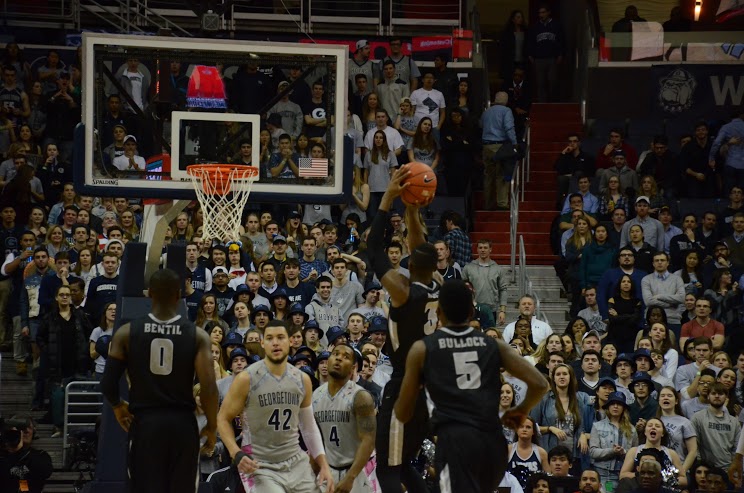 Providence led for all but the first 10 seconds of the game, utilizing a fast-paced transition attack to gain the early advantage.  It was Bullock who broke the game open, connecting on three long-range jumpers en route to 18 first half points.  While Providence was able to seemingly score at will, Georgetown struggled mightily to find the basket against the Friars’ zone-defense.  Midway through the first period, the Blue and Gray went six minutes and 50 seconds without a single point while Providence increased its lead to 17 points.  At the intermission, Georgetown faced a 20-point deficit, its largest halftime deficit in a decade.

After the half, the Hoyas looked like a completely new team, invigorated with high-energy defense and efficient offensive execution.  The Georgetown frontcourt of Govan, Derrickson, and sophomore forward Trey Mourning combined for 10 points in the first 10 minutes of the half, which helped cut the deficit to just eight points, 56-48, at the 10:40 mark of the game.  After a Peak three brought the Hoyas to within seven, Providence’s Dunn and Bullock responded with five quick points to push the lead back to double-digits.  With 7:54 to play, the Blue and Gray trailed 63-51.

It was Georgetown’s youth which propelled it back into the game, as Peak, Govan, Derrickson, and sophomore forward Isaac Copeland each scored in the following four minutes to bring the Hoyas to within just four.  Providence responded by making two free-throws to extend its lead, but Georgetown senior guard D’Vauntes Smith-Rivera scored his first points of the game, a deep three-pointer from the wing, immediately after to make it a one possession game.  Mourning then drained a three-pointer of his own with 1:12 left on the clock to make it a one point game, 71-70.

But that was as close as the Hoyas would get.  The Hoyas forced a missed shot with 44 seconds left on the clock, but Bullock grabbed the offensive rebound, forcing the Hoyas to foul.  Bullock made the following two free throws to make the score 73-70.  On their next possession, the Blue and Gray were gifted with three free-throw attempts as Copeland was fouled on an attempt. Copeland only made two of three and Providence answered with two free throws of their own from sophomore forward Ben Bentil.  On the last possession of the game, the Hoyas turned to their co-captain, Smith-Rivera, hoping for a game-tying three.  His attempt was blocked, ending the improbable comeback attempt.

Perhaps the largest impediment to the comeback was the free-throw disparity between the two teams.  Georgetown shot 14-of-16 (88 percent) from the line, but Providence drained 27-of-36 (75 percent).  In their last four losses, Georgetown’s opponents have attempted 36, 33, 38, and 33 free throws, respectively.

The Blue and Gray will now have four days to rest and prepare for a home battle with Seton Hall (17-7, 7-5 Big East) on Wednesday night at Verizon Center.  Tip-off is set for 9:00 p.m., with the game broadcast on Fox Sports 1. 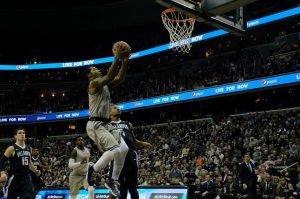 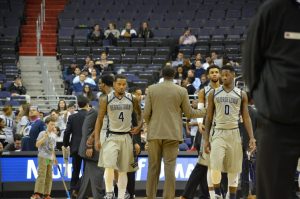 We Are Georgetown and You’re Not: Hoyas seek to end skid with sweep of Xavier