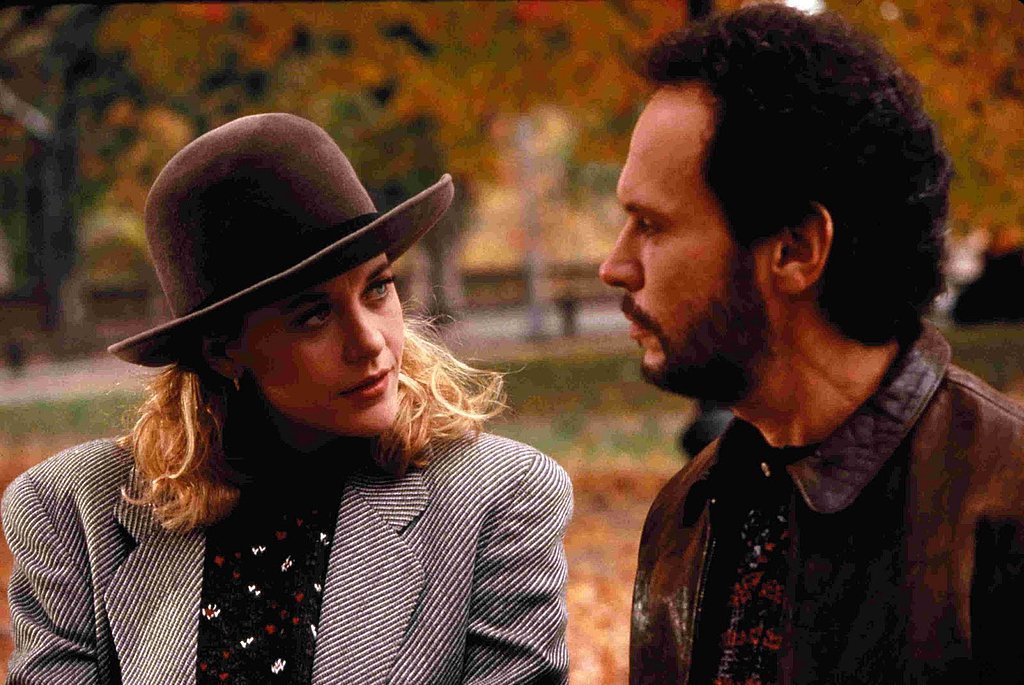 Just in time to revel in our singleness on Valentine’s Day, my roommate and I watched Rob Reiner’s 1989 rom-com for the ages When Harry Met Sally… and subsequently developed a surprising affection for late 80s Billy Crystal (playing the titular Harry Burns). Written by the late-great Nora Ephron and also starring the lovably neurotic Meg Ryan as Sally Albright, When Harry Met Sally… has rightfully secured its place in the American psyche with one memorable line: “I’ll have what she’s having”. But if you watch the film to see such a cultural relic in its natural context, stay for Ephron’s witty banter, adorable interview-like segments of old married couples interspersed throughout and the chance to see one of American cinema’s sweetest, most honest love stories unfold.

The movie begins with the pair’s not-so-cute meet-cute as they graduate the University of Chicago in 1977. After engaging in an uncomfortably long make-out session with his current girlfriend, Harry hitches a ride to New York City with a feathered-hair Sally. Harry is casual and cynical — he munches on some grapes and accidentally spits the seeds into the closed windows — while Sally is optimistic and anal — she describes in detail the division of driving time for each of them. While this juxtaposition of traits in modern rom-coms is now common (think the man-child/uptight wife couple), Reiner and Ephron infuse originality into the characters, rendering them less like lazily constructed personalities and more like relatable exaggerations of human idiosyncrasies.

During the long car ride, the foretelling subject is broached: Can men and women be friends? Harry argues no; men “pretty much want to nail” any female friends they have. Sally is appalled at that idea, becoming even more disgusted when Harry bluntly confesses he finds her attractive. The unaffected performances of Crystal and Ryan sell their naturalistic back-and-forth banter, a constant throughout the film as their lives end up inextricably linked. Unlike films that rely heavily on the kismet-y trope (Forrest Gump or The Curious Case of Benjamin Button), When Harry Met Sally… entertains only two chance meet-ups before the two truly connect again in 1987 as friends. There is no hint of magic or coincidental interactions with memorable points in history, merely two acquaintances who happen to run into each other in a bookstore, a little more experienced yet still a little lost.

Carrie Fisher and Bruno Kirby respectively play Marie and Jess, Sally and Harry’s best friends. One of the film’s most amusing scenes finds Harry attempting to set Sally up with Jess and Sally convincing Marie to give Harry a chance. Of course, despite their valiant efforts, Marie and Jess fall for each other and later get married, making it more obvious that Harry and Sally are destined for each other. However, it is the long-winding road to the Hollywood happy ending that contains the film’s golden moments. From a split-screen, late-night discussion of Casablanca to a depressingly real account of the pitfalls of love as told by a dejected Harry, the film objectively presents the little things about love and relationships that resonate with everyone, even if you have yet to sing “Surry With the Fringe On Top” in a department store with your significant other.

While Casablanca rightly takes the top spots on most romance film lists, When Harry Met Sally… may well be the most quoted and referenced modern rom-com ever, a less pretentious incarnation of some of Woody Allen’s greatest. Even though I knew the ending going into my first viewing, [SPOILER ALERT SINCE 1989] Harry’s now legendary New Year’s Eve confession  of love still tugged on my heartstrings. No matter how many poorly executed, clichéd-filled romances Hollywood churns out in the coming years, at least we know they got it right once.

A Case for The Classics: Planet of the Apes