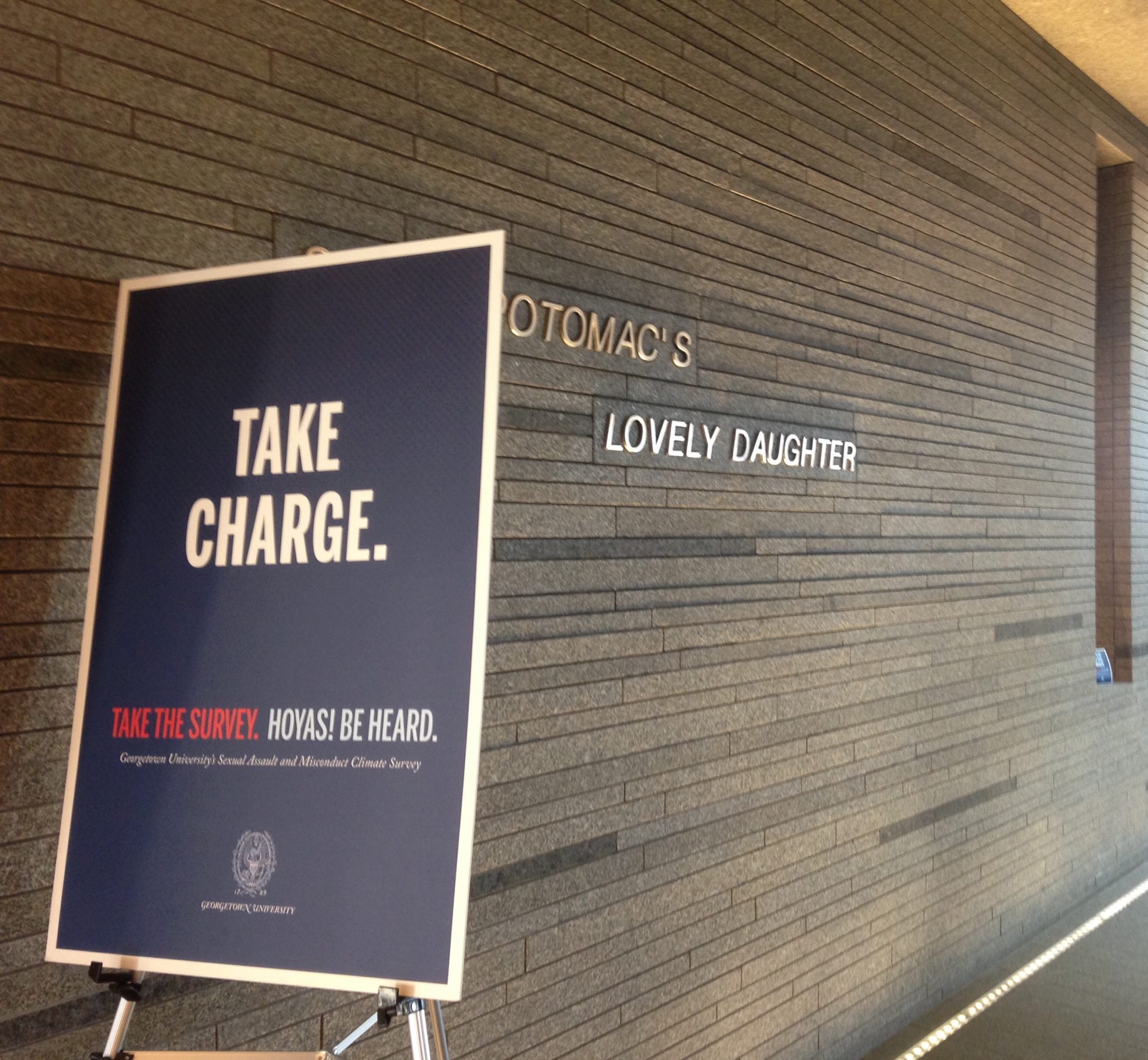 Fifty-one percent of Georgetown students completed Georgetown’s first Sexual Assault and Misconduct Climate Survey, which closed at midnight on Monday, February 15, according to Maggie Moore, Manager of Internal Communications. The survey was designed to gather information both on students’ experiences with sexual assault and misconduct and on students’ knowledge of resources available to them regarding these issues.

The response rate to the survey surpassed the university’s expectations, according to Rosemary Kilkenny, the Vice President of Institutional Diversity and Equity at Georgetown and former Deputy Title IX Coordinator. Kilkenny said that the university had hoped for a participation rate of 50 percent or higher. “We are extremely pleased,” she added, “and I must say, the undergraduate students did their part.”

Undergraduates had the highest rate of participation according to Moore, with a rate of 62 percent. Graduate students participated at a rate of 40 percent, while 48 percent of professional students at the Law and Medical Center students participated. Of the undergraduate schools of Georgetown, the School of Nursing and Health Studies had the highest rate of participation at 76 percent, followed by the Walsh School of Foreign Service at 69 percent, the Georgetown College at 64 percent and the McDonough School of Business at 41 percent. For comparison, the average response rate across all 27 schools that administered the Association of American Universities (AAU) surveys that Georgetown’s is based on is 19 percent.

The data gathered in this survey will be analyzed over the coming months by the Georgetown Office of Assessment and Decision Support (OADS), according to Kilkenny. In an effort to be as transparent as possible, OADS will publish the data in May after it has been analyzed. “We’re going to gather over the summer a group of students and do some work to plan on events for next year based on the results of the survey,” Kilkenny said.

The survey’s results will allow the university to pinpoint more clearly the areas that need attention in terms of student awareness, as well as determine which student populations are most at risk of sexual assault. Kilkenny hopes that the precision of the survey data will enable her department to allocate resources more effectively. “If we find out,” she said, “that people just don’t know basic information on what our basic policies are, which we suspect it is, then we will put more focus on publicizing that.”

Kilkenny attributes much of the success of the survey to its accompanying publicity campaign. A subcommittee of students developed posters placed around campus and a hung a large poster of a thermometer measuring progress from the wall of the Intercultural Center in Red Square. The committee also added an element of competition to the campaign, as the thermometer showed the relative participation rates of other schools, including Harvard and Dartmouth, which she believes motivated students.

Kilkenny also emphasizes the success of the methodology of this survey, which was unique for being open to both a demographically representative sample group and the general population. A survey of this type would normally only be available to the sample group. “The students at Georgetown who were on the Climate Survey Working Group thought it was very important, because it was the first time doing a survey of this kind, that we give all students an opportunity to take the survey,” said Kilkenny. Overall, 54.64 percent of sample group members, who each received a $10 Amazon gift card for completing the survey, responded, compared to 47.05 percent in the census group.

She hopes that the high turnout will provide the university with data necessary to combat sexual assault and misconduct. “At the end of the day,” Kilkenny said, “if we are going to be able to address the incidence and the prevalence of sexual assault on campus, we needed to have a good number of people take the survey.”

Editor’s Note: This story has been updated to correct the name of OADS and the duration of their analysis, as well as the full title of the NHS.