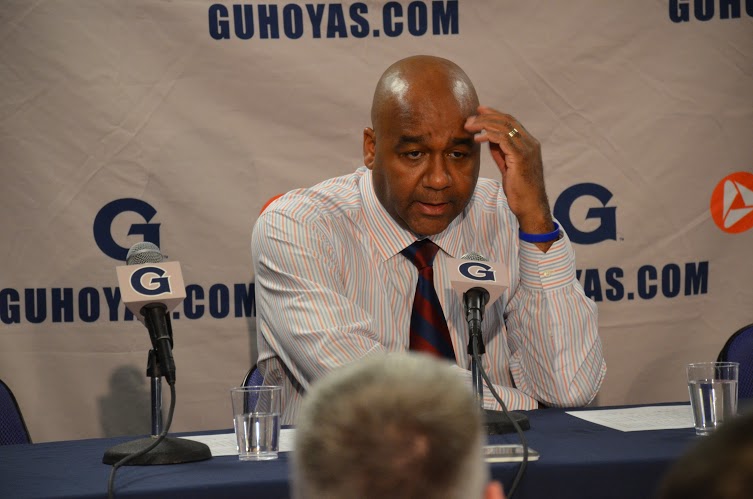 Another opportunity for the Hoyas brought another frustrating loss, one that may have sunk their hopes of dancing this March for good.

In a must-win game to keep their slim NCAA Tournament at-large bid hopes alive, the Georgetown men’s basketball team (14-13, 7-7 Big East) lost to Seton Hall (18-7, 8-5 Big East) 72-64 in front of a sparse and dejected crowd of 5,278 fans at Verizon Center Wednesday night. The loss is the Hoyas’ fifth in their last six games and drops them into a three-way tie for fifth place in the Big East standings. 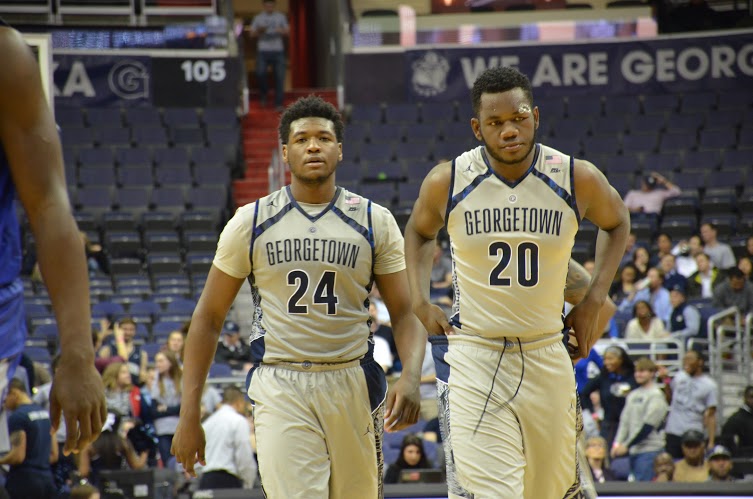 Freshman center Jessie Govan had a career- and game-high 27 points to lead the way for the Hoyas in his second-straight start in place of injured senior center Bradley Hayes, who is out indefinitely after breaking his left hand during practice last week. Senior guard D’Vauntes Smith-Rivera added 18 points, while sophomore guard LJ Peak had 10 off the bench. 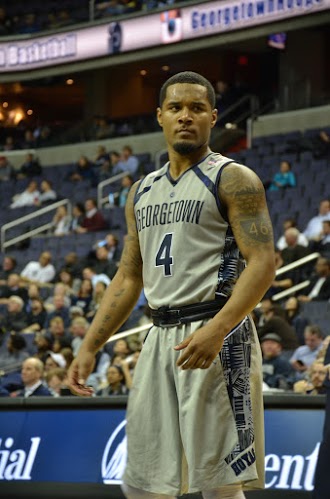 Georgetown Head Coach John Thompson III felt that his team missed Hayes’ physical and vocal presence defensively despite the notable performance from Govan, who became just the second freshman to score 27 or more points under the 12th-year coach.

“With [Hayes] we need someone to step up and help replace his presence, his command of what we’re doing, and his ability to move people and place people on the defensive end,” said Thompson. “We miss that greatly.”

After both teams traded a pair of three-point trips on offense to open the second half, the Pirates embarked on an 11-2 run to take a 52-36 lead, their largest of the game, at the 13:31 mark after a free throw from sophomore forward Angel Delgado. Georgetown responded, however, with a 12-2 run of their own to cut the lead back to 54-48 on a Peak jumper with 9:33 left.

The Hoyas whittled the Pirates’ lead down to six points on three occasions, the last being a pair of free throws from Smith-Rivera with 3:06 remaining to cut the deficit to 62-56. Although Georgetown held Seton Hall without a field goal for the final 14:07, the Pirates converted 21-of-26 free throw attempts in the second half to clinch the victory, their fifth in their last six games. 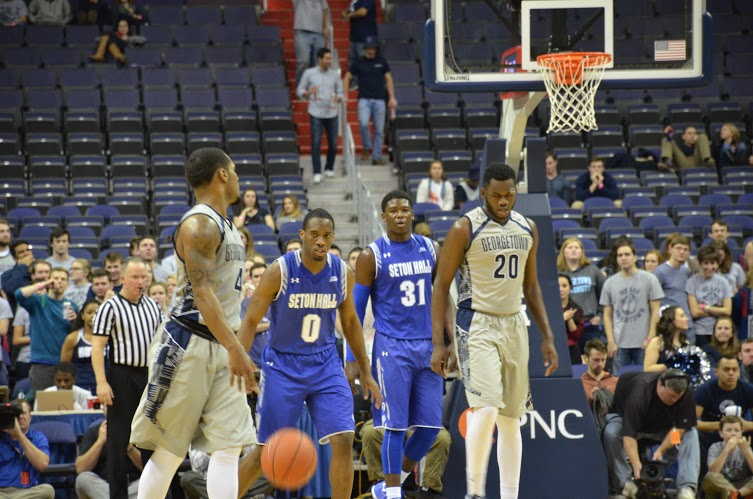 A quick start from Govan, who scored six of the Hoyas’ first eight points to take an early 8-5 lead, was quickly negated by a subsequent 19-4 Pirates’ run over the opening minutes. The Pirates made eight of their first 16 shots to take a 21-10 lead with 10:08 remaining in the first half.. Both teams traded baskets for the remainder of the period, as the Pirates entered halftime with a 36-28 lead after a jumper by Whitehead at the buzzer.

Seton Hall took advantage of the 10 Hoyas’ first half turnovers en route to the locker room lead. The Hoyas improved upon that effort in the second half, only committing three, but Thompson was not too impressed after looking at the stat sheet during his post-game press conference.

“It says 13, but I felt like we had 30 turnovers,” said Thompson. “Against a team that’s that’s good, you can’t have so many empty possessions. It kind of set the tone early I think and got them out and got them easy baskets.”

The Hoyas will look to rebound when they return to action at Verizon Center this Saturday for a noon tip-off against No. 8 Xavier (23-3, 11-3 Big East). The Blue and Gray will look to complete the regular-season sweep against the Musketeers, who they defeated 81-72 in Cincinnati on Jan. 19. While the Hoyas have lost six of their last eight contests since then, Thompson still has a simple message for his team as they conclude their remaining four regular-season games.

“We just got to fight. We’ve been fighting. This team is still scrapping. We just have to find a way to manufacture wins,” said Thompson. “As frustrated as we all are, we still can do something. We can still can make some noise.” 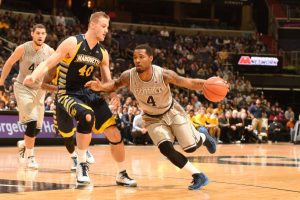 On the Marq: Hoyas improve to 2-0 in Big East with win over Marquette 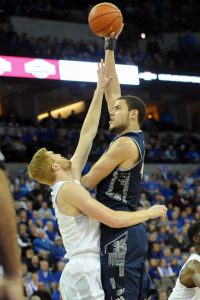 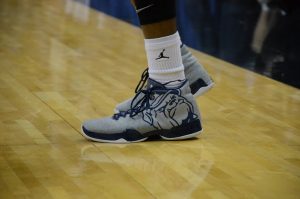