X’s and Oh’s: Hoyas smothered by No. 8 Xavier, drop third-straight 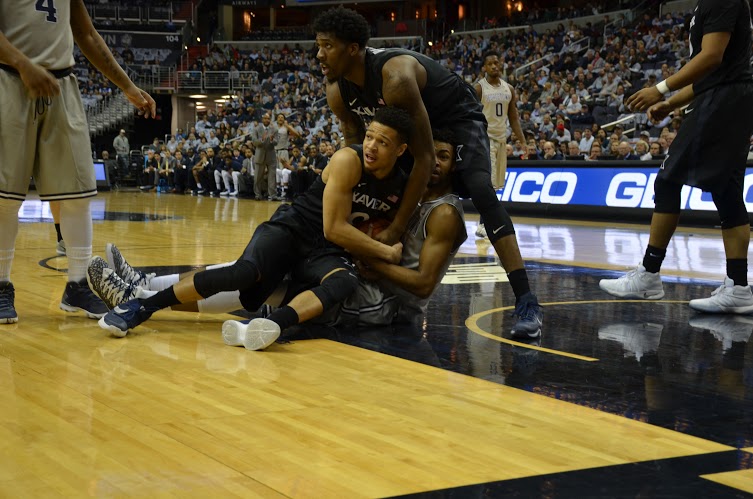 The loss, the Blue and Gray’s sixth in their last seven games, extends their losing streak to three games and drops them into a tie for sixth place in the Big East standings.

It also drops the Hoyas’ overall record to .500, marking the first time since the forgettable 2003-04 campaign, the final year of former head coach Craig Esherick, that a Georgetown team has had a similar record this late in a season. This year’s edition of the Hoyas could be the first team since that dreadful season to fail to make a postseason appearance, as an above-.500 record is required for selection to the NIT. 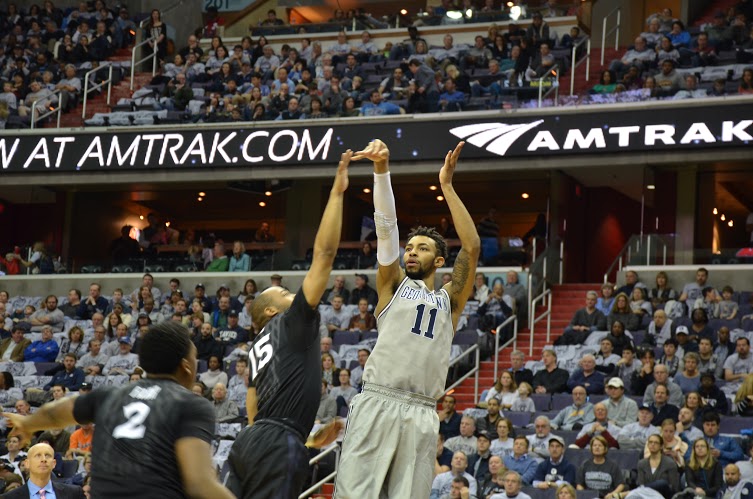 Senior guard D’Vauntes Smith-Rivera led the Hoyas with 18 points off 7-of-14 shooting, while sophomore forward Isaac Copeland scored 13 points, 11 of which came in the first half, and sophomore guard L.J. Peak added 12. Georgetown shot 41 percent overall from the field, and attempted a season-high 37 three-pointers, making 10 of them for a 27 percent mark.

Xavier’s 13-0 run to start the second half created a mountain too steep for the Hoyas to climb, as the Musketeers never looked back from the resulting 15-point lead. Xavier never let their lead dwindle back to the single-digits and led by as many 21 with less than four minutes left.

Overall, the well-balanced Musketeers, who had four players score in double-figures, shot an astounding 77 percent from the field during the second half alone, while making 29-of-31 free throw attempts and committing only seven turnovers for the game.

“When someone does shoots that well against you – and it’s not like they were bombing away – you have to go back and evaluate and re-evaluate every aspect of your defense,” said Georgetown Head Coach John Thompson III. 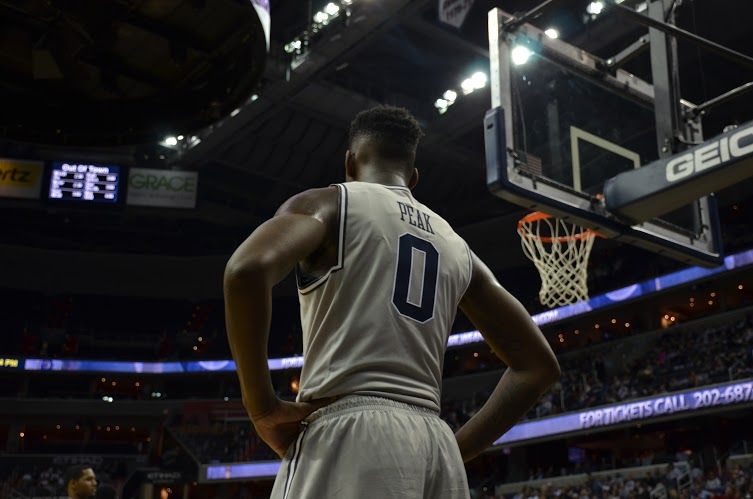 “They’re a good team,” said Macura of Georgetown. “They kept going but at the end we had too much talent and we were playing together and we ended up winning the game.”

Saturday was a major departure from the previous matchup between the two teams in Cincinnati on Jan. 19, an 81-72 Hoyas victory.

“The last time we played hard for 40 minutes and we came out flat to start the second half today across the board and they took advantage of it,” said Copeland. “I think that was the main key and the biggest difference.”

The first half got off to a roaring start with 11 lead changes within the first 7:37. After the Hoyas took a 12-8 lead, their largest of the half, the Musketeers’ bench tandem of Farr and Macura led a near-flawless 21-6 run to give Xavier a 29-18 lead at the 5:51 mark.

The Hoyas clawed back with a 15-4 run of their own to tie the game at 33, but Farr’s two free throws with 58 seconds left regained the lead for good for the Musketeers, giving them a 35-33 halftime edge. Georgetown is now 1-12 this season when trailing at halftime.

The Hoyas will have a full week off before they return to action for their final home game of the season next Saturday against Butler (18-9, 7-8 Big East). Tip-off is set for 12:00 p.m. 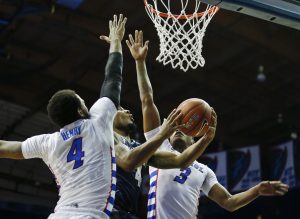 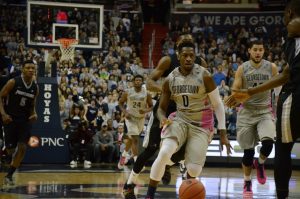 We Are Georgetown and You’re Not: Hoyas to host Butler Saturday afternoon for Senior Day