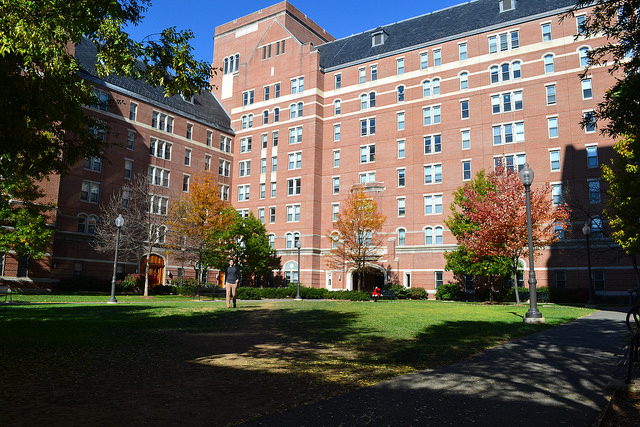 Study abroad holds are an opportunity for students planning to study abroad in the Fall semester to reserve a place for themselves in the Spring semester of that same academic year. Students whose applications are accepted participate in Spring Housing Selection for the following academic year and can apply with a group of other students. While studying abroad, that student’s place with the group is saved as an empty bed and the student does not pay for that space. When that student returns for the spring semester, they are able to room with the group with which they applied, according to the University’s website.

The 2015-2016 academic year was the first year in which study abroad holds were available. The current housing system for students studying abroad came about as the result of cooperation between the Office of Student Living and the student group Students Against Restrictive Housing, led by Will Simons (COL ‘16), Ken Nunnenkamp (COL 16), and Declan Kelly (COL ‘17). Study abroad holds were proposed by the working group consisting of Students Against Restrictive Housing and members of the Office of Residential Living, including Kililee, as reported by the Voice.

Study Abroad holds were originally intended to improve a larger plan, introduced in January 2014, to overhaul the process of applying for housing for students studying abroad. Prior to 2014, students entered the lottery for housing for the upcoming academic year before learning the results of their study abroad applications, and then students whose applications were accepted dropped out of their housing arrangement for the semester, according to Simons. A common informal system students used to secure their place was adding another student, often a sophomore, to the group to fill the space of the student studying abroad for only that semester. This new group member would act as a “hold,” informally agreeing to vacate the space and request a room change come spring.

In the University’s plan, proposed in January 2014, students apply for housing after learning of their study abroad status for the upcoming year. “It automatically dropped you so you couldn’t even enter the housing lottery,” said Simons. In the current revised system, holds allow students studying abroad to take part in the Spring Housing Selection process.

The number of available holds, 75, is an approximation. “We used seventy-five as a place holder, so it could be more, it could be less,” Kililee said. “We can guarantee that we know that we can hold off seventy-five places.” The exact number of places available will depend on the number of students accepted to study abroad in the fall and the number of seniors who choose to live on campus, according to Kililee. He added that the number of available holds will always be determined on a year to year basis, but that since the University’s undergraduate enrollment is not likely to grow dramatically in the future those two would be the most meaningful factors.

For students whose study abroad hold applications are not accepted, there are other options for Spring semester rooming arrangements. According to the University’s website, students have the option of allowing an international student at Georgetown for the Fall semester to occupy their place, and to return in the Fall to their place. Furthermore, Kililee added that students studying abroad do not need to take either of these options, and can apply in December with the help of the Office of Residential Living for a room in the Spring Semester, including possibly the room of a friend studying abroad in the Spring.

Kililee expressed optimism about the role the hold system might play in the housing selection process for students studying abroad in the Fall Semester, given the constraints the University faces in terms of available housing. “What’s great about Georgetown is that it seems like half the Junior class goes abroad, which is great and that’s a really great and valuable experience. And we want to do everything we can to support that,” Kililee said. “On the other hand, there is some give and take.”

Simons expressed optimism about the role of the hold system in housing selection for students studying abroad in the Fall Semester. “I’m really happy that the study abroad hold option has been formalized,” said Simons. “I think it goes a long way to ensuring that students studying abroad in the Fall can get desirable housing in the Spring when they come back, and I hope it continues to a part of the housing process going forward.”