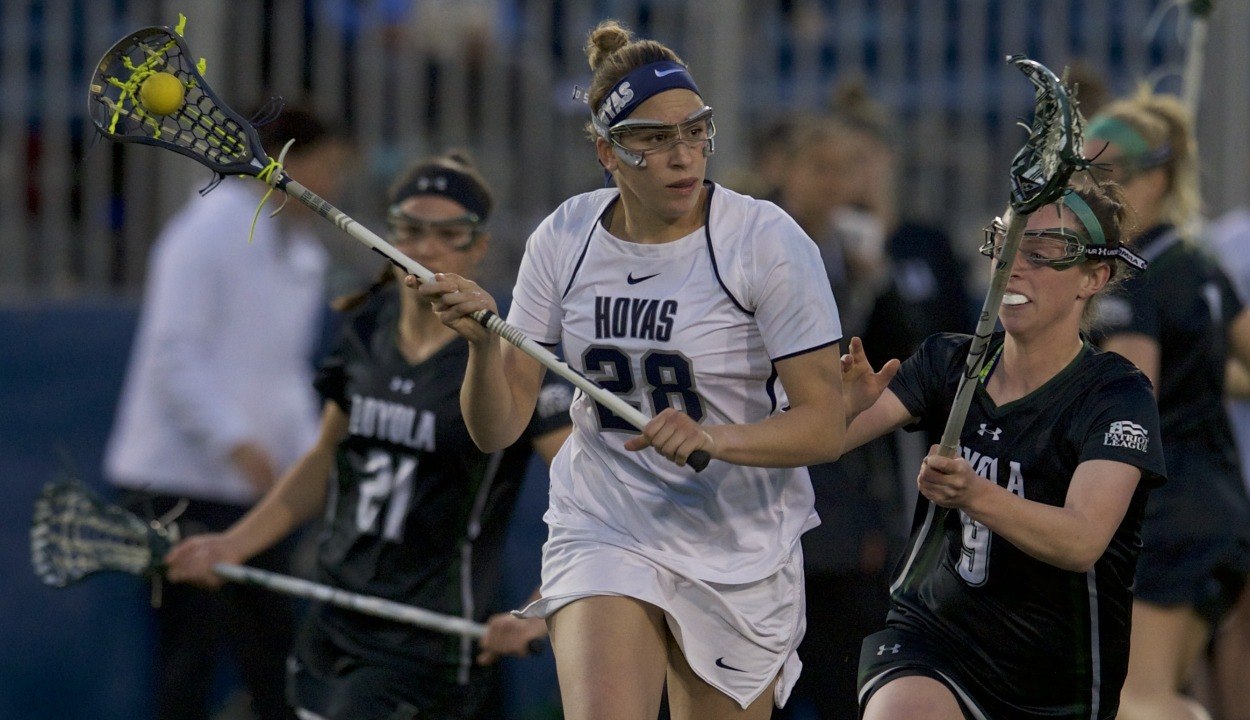 The Georgetown University women’s lacrosse team (2-8, Big East) fell to Loyola (5-4, 1-0 Patriot League) 12-9 on Tuesday, March 22. The contest was the final non-conference game for the Hoyas, who will look to turn their season around in Big East play.

Georgetown’s offense was powered by senior midfielder and captain Kristen Bandos, who scored five goals on six shots. Bandos led a late rally for the Hoyas in the second half, when she started a three-goal streak with a shorthanded goal for Georgetown. Ultimately, however, Bandos’ late inspiration was not enough for the team to overtake the Greyhounds.

“[Bandos] is obviously a very talented player skill-wise, but also a very intelligent player. She does a tremendous amount of things for us: scoring goals, playing defense, organizing people, and getting ball control. There’s not a lot she doesn’t do for us,” Georgetown head coach Ricky Fried said about his captain.

On top of their offense, Loyola was aided by senior goalkeeper Molly Wolf, who registered four saves, all of which came in the second half. Wolf’s saves were key in keeping her team in the lead, since the Hoyas outshot Loyola 21-19 in the game and 13-9 in the second half.

“Coming into the game, we knew that [Wolf] was a big goalie… and that we can’t get her hot. We knew that she was going to make some saves and she did, but we couldn’t let it bring us down,” Hoyas captain Bandos said after the loss.

Loyola faced the Hoyas with a somewhat rare zone defense, although the Hoyas seemed to have little problem breaking through and creating chances on goal by relying on midfield speed to bring the ball into the attacking zone. While the team was very effective at bringing the ball into the offensive zone, Georgetown struggled to maintain possession, and was plagued by turnovers in the attacking zone.

“The problem was, when we had opportunities we then made a mistake. It wasn’t so much them causing the mistakes, it was just us not concentrating through the whole play,” said coach Fried about his team’s play.

Tuesday’s game was the final non-conference game for the Hoyas. Their next game is April 2nd at Vanderbilt, the first of seven Big East games they will play this year. The team is confident that they can use the break to turn their play around, and stress the importance of their upcoming conference play.

“Our biggest thing is we have to come out and fight, and win every game we can. We have to win all the games out, that’s our goal right now,” Bandos added.