On Tuesday, in front of a crowd of thousands of passionate, festive fans, the Tampa Bay Rays took on the Cuban national baseball team in Havana’s historic Estadio Lationoamerica. The Rays went on to win the game 4-1—a two-run home run from James Loney and a stellar pitching performance from Matt Moore and the Rays relievers helped secure the victory. This was much more than a game, however. It was a drawing together of two nations who have had cold relations for more than sixty years. President Barack Obama and Cuban President Raúl Castro entered the stadium to thundering ovation, and they sat next to one another behind home plate. This game was a landmark political and cultural event, and the game of baseball was its center stage.

The Rays are the first team to visit Cuba since the Baltimore Orioles did so in 1999, seventeen years ago, and more significantly, Obama is the first sitting president to visit Cuba since Calvin Coolidge did so 88 years ago. The sight of the two presidents—Obama and Castro (the younger brother of Fidel Castro)—was very symbolic. Secretary of State John Kerry, top Cuban officials, and MLB legends Derek Jeter and Dave Winfield also celebrated the occasion. Before the game, the Rays and the Cuban team each approached the two presidents and paid their respects.

President Obama has attempted to ameliorate the United States’ cold relations with Cuba over recent years, and his decision to visit Cuba was monumental. By attending this baseball game, however, Obama’s visit and his attempts to warm US-Cuban relations were put on a global and cultural stage. President Obama, during an in-game interview with ESPN, remarked on the importance of sports on culture—he claimed that one of his proudest moments as President was watching Boston rebound after the Marathon Bombings. In particular, he alluded to David Ortiz’s stirring speech before the Red Sox’ first home game following the bombings.

As MLB writer Jesse Sanchez writes, “Baseball is more than just a game when it becomes a bridge between two countries, and this week, Major League Baseball and the Cuban Baseball Federation did their part to bring the two parties together nine innings at a time. The ultimate goal for MLB this week in Cuba was to spotlight the need for a system in which Cuban players can come to the United States more freely, and work toward a system that would be beneficial to both parties.”

As Sanchez alludes, the US-Cuba game also served a more practical, rather than cultural and symbolic, end. As Rob Manfred, MLB Commissioner, explained during an in-game interview, a long-term goal of the MLB is to make it easier for Cuban baseball players to have access to the MLB. Another goal is to expand American reach to the baseball world of Cuba, where things like Little League can be established, and Cuba’s economic development can occur from baseball-related revenue streams. Manfred remarked that he hopes to find a solution regarding player movement between Cuba and the United States soon, and pointed out that he wants to be sure not to tie MLB into issues of human trafficking and the high risks associated with America’s “wet-foot, dry-foot” policy toward Cuban migrants to the States, who become qualified for legal permanent resident status upon reaching American shores.

Hopefully, a solution will be agreed upon by Cuba and the United States regarding the baseball exchange. Some of the most exciting and dynamic MLB players are young Cuban stars—and more are on the way. Players like Yasiel Puig, Yoenis Cespedes, and Aroldis Chapman are among the best players in the MLB, and many of the top prospects are just months or years away from playing on baseball’s biggest stage—players like Yoan Moncada and Andy Ibanez, for example, are primed for years of dominance on the MLB diamond.

It is safe to assume that Tuesday’s Cuban exhibition was a huge step forward in US-Cuba relations in baseball (and for that matter, politics, trade, and culture). It has long been known that baseball runs deep in Cuba. The island nation is home to some of baseball’s biggest fans and some of the best players in the world—even Fidel Castro was once a Yankees prospect. Baseball is deeply intertwined with Cuban culture, and this is why MLB and the United States as whole must make progress together in ameliorating their relations with Cuba. 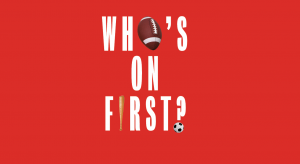