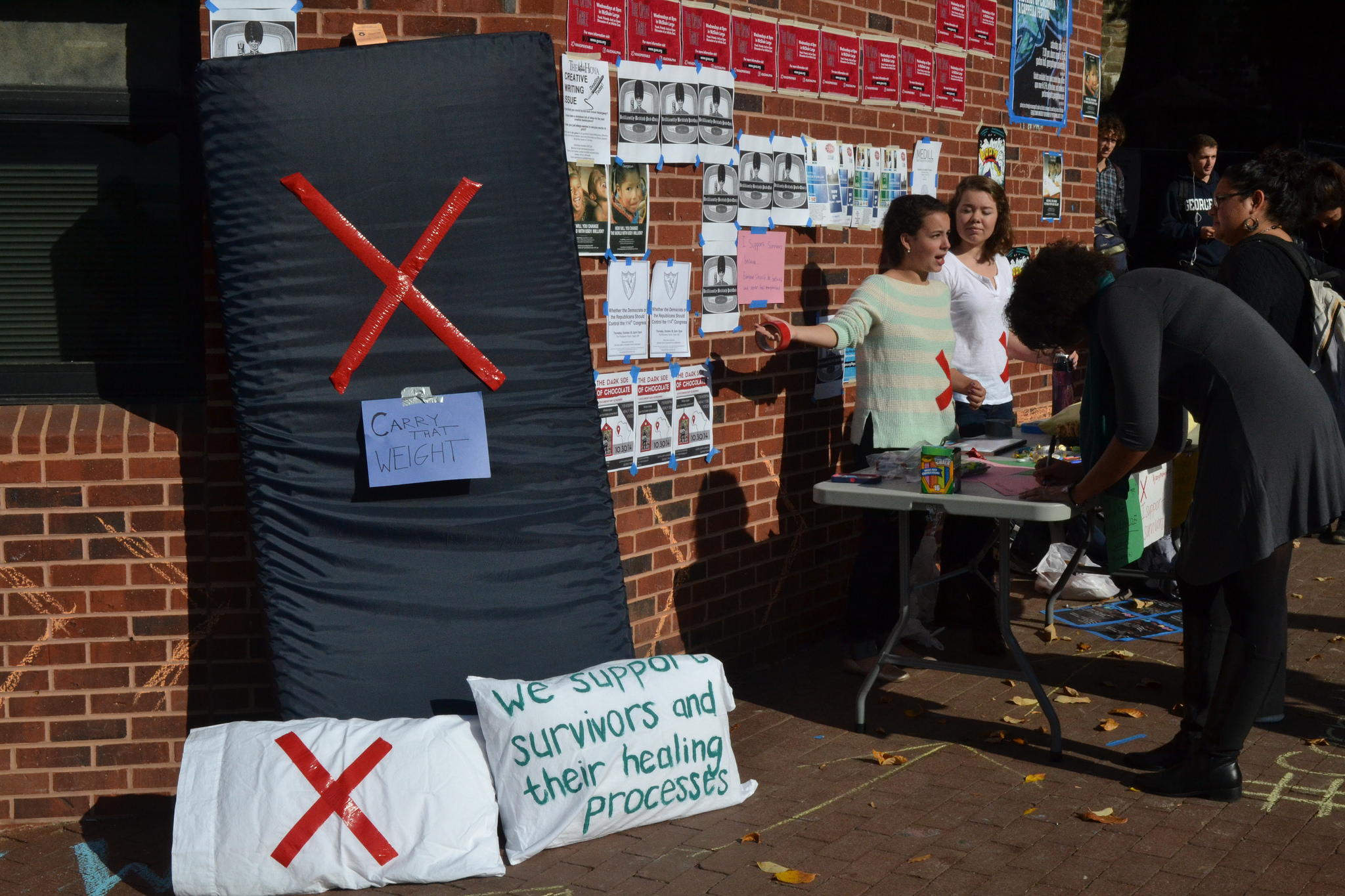 Almost one third of surveyed female undergraduate respondents report having experienced some form of non-consensual sexual contact as a result of physical force or incapacitation, according to the Sexual Assault and Misconduct Climate Survey released on June 16.

While the survey results paint a stark picture of the state of sexual misconduct at Georgetown, actions are already in motion to find solutions to this problem.

A task force comprised of students, faculty, and staff will be assembled immediately to address the issue. According to Vice President for Student Affairs Todd Olson, the steering committee of the task force plans to meet in the coming days to set its agenda. A variety of subcommittees overseeing different issue areas, such as bystander intervention, alcohol and drug abuse, education, and underrepresented population, will convene through the coming year to work with students on solutions and to track the progress toward stopping sexual misconduct.

“This really is an expansion and a ramping up of conversation that have happened in the Sexual Assault Working Group,” Olson said. The Sexual Assault Working Group (SAWG) consists faculty, staff, and students that work on issues surrounding sexual assault and misconduct on campus. Olson noted that the task force will serve as a more immediate response to the survey results and will likely conclude its work in Spring 2017.

Olson and Vice President for Institutional Diversity and Equity Rosemary Kilkenny will co-chair the task force along with student co-chair Olivia Hinerfeld (SFS ‘17).

“My hope in my capacity is to work with the administration, faculty, and staff and with a number of students to set a really strong agenda for what we hope to accomplish with the task force … and help to guide these various subcommittees in meeting these actionables in a reasonable timeline,” Hinerfeld said.

Enushe Khan (MSB ‘17) and Chris Fisk (COL ‘17), who both praised administrators’ willingness to engage students on finding solutions around this issue, said that the release of the survey results is only the first step in the process to address an ongoing and important issue.

“In terms of what we expected from the data, I’m not surprised in the sense that I think that, as students, this has been something that’s been pushed for for so long,” Khan said. “And this gives validation quantitatively to what we’ve always anecdotally felt was the state of our campus.”

Both Khan and Fisk noted the importance of continued student engagement on the issue. In a June 16 campus-wide email releasing the results of the survey, University President John DeGioia also announced that student focus groups centered on the issue of sexual misconduct will begin convening in Fall 2016. According to Olson, the focus groups will seek to understand the causes of campus cultures and norms around sexual misconduct.

“It’s clear that we don’t know everything we need to know,” Olson said. “We believe that [the work in the focus groups] is one of the most valuable ways to build on what we learned through the survey.”

The Association of American Universities (AAU) developed the survey that Georgetown administered. In a September 2015 AAU survey of 27 universities, 23 percent of female undergraduate respondents reported incidences of sexual assault and sexual misconduct, 8 percent lower than the number reported in Georgetown’s survey.

Despite Georgetown reporting a higher rate than these averages, both Olson and Director of Health Education Services Carol Day agree that the task force and SAWG must do more than just lower the number of instances of sexual misconduct on campus. While lowering the number is a goal of administrators, they will also aim to promote increased awareness on bystander intervention and survivor support.

According to survey data, 16.9 percent of Georgetown respondents report witnessing someone acting in a sexually violent or harassing manner, but half of these bystanders reported doing nothing in response.

Additionally, Day and Olson hope that the task force and SAWG can work to ensure students have a clearer understanding of the definition of sexual misconduct and of the process for reporting an incident. The survey found that a minority of female undergraduates who experienced sexual assault actually reported the assault, and only one in five students claim to be  “very” or “extremely” knowledgeable about how the University defines sexual assault and sexual misconduct.

“[Students] never call it sexual assault. They don’t always recognize what’s happening. And in some cases, and the survey data suggest this, they don’t consider it serious enough to report,” Day said.

Khan also called for improvements to the reporting process on campus given the data on how few students report sexual misconduct.

“I think that is very much reflective of the resources we currently have on campus and how confusing it gets with all these different services to go to and how it’s not just one consolidated process,” she said.

Other universities use consolidated online reporting methods, which Khan supports. Laura Cutway, Georgetown’s Title IX coordinator, said that Georgetown looked into using one of these methods in Spring 2016. She remains hopeful that some form of online reporting will eventually be adopted, although administrators wanted to wait for the survey results before choosing an online platform.

Moving forward, a resource awareness campaign and the immediate increase of mandatory online training for all students will seek to inform students on this issue, and education will remain a central focus for administrators and students.

Olson said that many of these education efforts will start with student leaders across all campus organizations, clubs, and businesses. “This is everybody’s issue and whatever group or initiative or cause you’re involved in, we’re asking you and we’re requiring you to care about this.”

The survey found that only 24.5 percent of student report being “very” or “extremely” knowledgeable about where to find help at Georgetown if they experience sexual misconduct. Khan and Fisk noted that although females are usually the population most engaged in activist work around the issue, all students will play a role in the education campaigns, especially with bystander education.

Olson noted that the university plans to administer sexual misconduct climate surveys every two years for the foreseeable future.