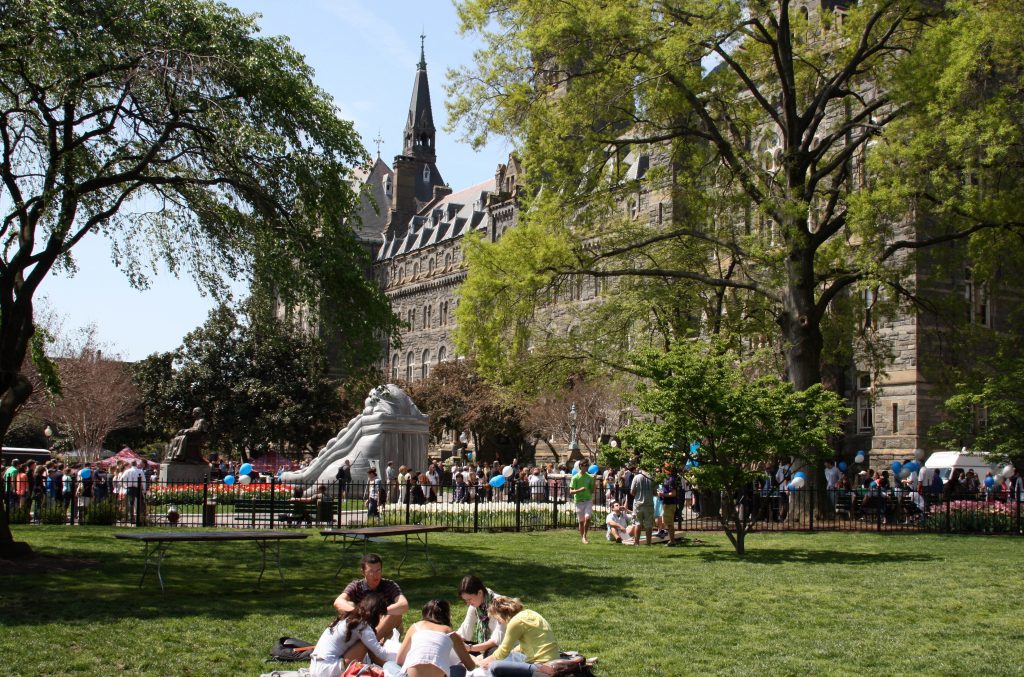 There’s something really impersonal about many of the “back to school” tips and articles circulating this time of year.  They focus on our school-social life balance, our involvement in clubs, our academic goals, the bad habits we think we’ll finally shed.  But they rarely address what—to me—is the crux of a uniquely fulfilling college experience: “the opposite of loneliness.” Admittedly, “the opposite of loneliness” is not a concept I came up with. It’s one Marina Keegan introduced in her Yale convocation speech a few years ago, and it seemed to resonate with students across the country.

The opposite of loneliness is a rough combination of mutual respect for our peers, love, acceptance, and camaraderie. Loneliness has such strong connotations that we often associate it with physical isolation, but it comes in much subtler forms. It’s similar to not feeling understood by those around you, to feeling slightly out of place. These unsettling emotions are more manageable, and sometimes inevitable. I think many of us have learned to accept that a mellow loneliness will follow us from one context to the next, and know it’s rare to exist in a community where we feel like “we’re all in this together.”  We might feel this sort of camaraderie in smaller circles with coworkers or friends or classmates, but it’s not comparable to feeling like an entire community of people—many of them strangers—are united behind some intangible thing.

Obviously, there’s no “how-to” for self-fulfillment in college. I haven’t yet met two people who have navigated college identically, and yet I’ve met many more than two who can attest to their contentment and happiness at Georgetown. But I do think Keegan’s concept is one that merits more attention and intentionality than we provide it when we think of how best to spend our college years.

Indeed, we are usually thinking of how best to spend our college years. We make pacts with ourselves to be committed to our hobbies, or explore D.C., or drop that one extra thing to have time for ourselves. Because we all know this: our preoccupation with the things we do on a daily basis carries us from one day to the next, until we realize that we never did whatever we had originally promised ourselves we would do.

There’s impressive willpower and enormous value in injecting our busy lives with a small dose of this “sanity-restoring” stuff, whether that be a weekly yoga class, or a resolve to make dinner with our friends more often.

What’s equally important, though, and what often gets obscured by these more tangible efforts, is a larger reflection about what kind of culture we want to cultivate on campus to foster “the opposite of loneliness.” I’m certain that many Hoyas do graduate with this feeling, but I’m willing to bet there are students wondering why they don’t feel lonely, exactly, but also don’t not feel lonely.

Something close to the “opposite of loneliness” can come from our roommates, our teammates, our club-mates, our soul-mates—if we’re lucky. I definitely feel most content thinking about the moments I have spent in good company; my most vivid memories from the time I’ve spent at Georgetown aren’t glamorous or exciting: a circle of people sitting on a hardwood floor listening to music, a dangerously silly game of President, chalk drawings in Red Square, conversations that stretch into the night.

But how do we extend this feeling of “we’re in this together” to the general atmosphere on campus? I don’t really have any answers, but I have observations and ideas and I think the question is worth mulling over in any way we can.

Instead of thinking exclusively about how best to spend time (a.k.a. what to do) in order to leave college feeling content, I wonder what we might stand to gain from being more deliberate about our attitude towards our peers.

It’s easy to make assumptions about others, whether it be that the typical Georgetown student is this or that way, or that a kid who does a certain major must have a certain personality. I wonder what we stand to gain from having our default be respect and acceptance of differences that make us uncomfortable or that we find bizarre, of people who challenge the social norm in ways that we aren’t used to, of behaviors or attitudes that indicate life goals and perspectives incongruent with our own.

I think a collective feeling of “the opposite of loneliness” can’t be achieved unless we cultivate a sense of college-wide camaraderie despite such vast differences within our student body. Georgetown isn’t a small school, and I’m not sure if there’s really one dominant vibe on campus which resonates—or not—with each student. But I do think it’s possible to avoid feeling alienated from our peers if we know that respect and acceptance—not judgement—is our collective default.

One other concept surfaces when I think about cultivating this shared feeling of acceptance: humility.  “We are all just a bunch of knuckleheads.” This is my friend’s favorite response to my anxiety about my achievements and my regrets, my self-deprecation and my “I wish I’d done this, and if only I had thought of doing that.”  It rings a bit harsh, but the intention, I think, is a good one: For 99.9 percent of us, if we’re not being humble, we’re deluding ourselves. It means acknowledging the circumstances that have allowed us to arrived at where we are. It means tempering arrogance and not taking ourselves too seriously. But it also means not being destructively self-critical when we compare ourselves with other people, a perspective that sours the way we perceive of our relationships with our peers.

If you’re lucky, “loneliness” (or a feeling like it) won’t resonate at all with your experience as a Hoya. If it does, you already know that any attempt at a “guide” to college fulfillment is grossly inadequate. Still, it’s unacceptable to be resigned to a campus atmosphere that isn’t conducive to college-wide camaraderie. If it’s hard to achieve this sense of “we’re all in this together” now, I guarantee that it’ll be harder later, when we’re out of college, living and working in places of greater diversity around people who have even less in common with us. In a way, college is the perfect space to cultivate such a fulfilling feeling.

By developing an honest and humble understanding of ourselves and looking at others without prejudgments, it’ll be easier to feel some unspoken connection with students we’ve never met; we can begin to approach “the opposite of loneliness” on the Hilltop. 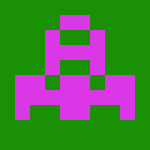 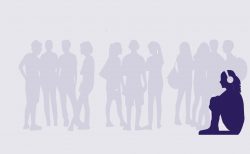 Learning what it means to be alone 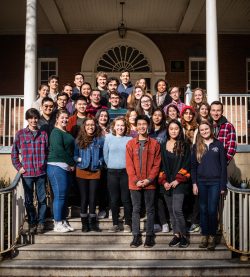