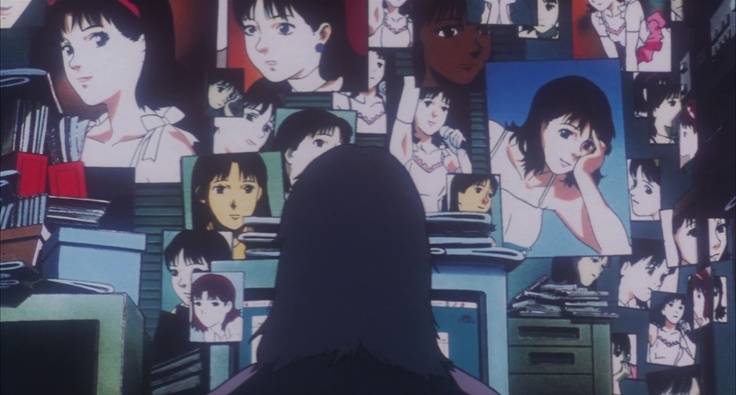 Satoshi Kon was a visionary director who passed away far too young for whatever psychological thrillers were still lurking in his mind to be realized. He rapidly and unexpectedly succumbed to cancer seven years ago. In his life, however, he left behind a small library of classics that have become popular with Western audiences familiar with Japanese anime. Embedded in many of his works are warnings of the excesses of modern Japanese life.

One of my favorites is his 1997 film Perfect Blue, a loose adaptation of a novel of the same name. The protagonist, Mima Kirigoe, is part of a small J-pop idol group, from which she quits to pursue a career in acting. Her fans, understandably, are upset. Mima soon receives death threats, exploding letters, and stalkers, and discovers a fan blog that meticulously chronicles every single part of her life, from what milk she buys in the supermarket and which foot she used to step off the subway train.

As Mima builds her new career as the starring role in a television drama and as a pornographic model, violence follows her. After the writer of the TV show and her photographer are found dead, she finds bloodied clothes and knives in her bedroom implicating her in their murders, and she hallucinates about regretting becoming an actress. As the film progresses, neither Mima nor the audience knows who Mima is, or what she wants anymore.

Kon is unafraid to problematize aspects of contemporary Japanese society, and Perfect Blue puts forward the question of identity ownership in Japanese pop idols. Mima’s fans owned every single aspect about Mima, from her voice (her male fans complain about how it’s so hard to record her singing voice in the raw), her name (they call her Mima-rin in a cutesy way) to even her very existence (the aforementioned creepy fan blog).

This is not much different in real life: I have walked into stores in Tokyo which sell literally everything related to idol groups from fan fiction manga (so you can visualize your favorite idol doing things they would not normally do in public in vivid illustrative detail) to coat hangers (so you can see you favorite idol wearing your clothes in your own closet). Idols stand to place their entire careers in jeopardy if they make any attempt to reassert control over their lives, whether that be going on a dinner date or having a boyfriend. Since idols are groomed simply to look pretty and can’t do anything else, at worst, they can become financially and socially bankrupt because they cannot find an alternate source of employment. The murders of the people involved in Mima’s new career, which ultimately aim to revert Mima’s identity back to an idol, are perhaps the logical, albeit extreme, conclusion of how fans literally consume their idols.

I would like to ask an unpopular question. Feel free to fight me in the comments: why do people care about Japanese pop idols? Their fans pathologically value their existence, but why? I think this is a very different question than asking why people care about celebrities—most recently, we’ve seen Beyoncé bring four Black mothers who saw their sons murdered by police to the VMAs, and Megan Rapinoe and Colin Kaepernick kneeling at the national anthem. Broadly speaking, these trailblazers are using the attention they gain to try and make the United States a better place. Meanwhile, in Japan, an idol group called HKT48 recently decided it was a good idea to churn out a song empowering young girls across the country with such lyrics as “No matter how well I can study/It’s meaningless if no one loves me” and “It’s fine as long as I’m good at makeup/I couldn’t care less about the news.” They chose to profit off a song that insults both the intelligence of young women and the idea of womanhood. Seriously, why do they exist?

There are only so many minutes in a news report and so much shelf space for magazines and newspapers that a newsstand can hold. If all those minutes and all that space is devoted to the mind-numbing and quite worthless activities of Japanese idols, the tragedy is that Japan’s many pressing social issues will hardly ever enter the mainstream. Perhaps that is the truly grave violence which idols exert on Japanese society that Satoshi Kon wanted to warn us about. 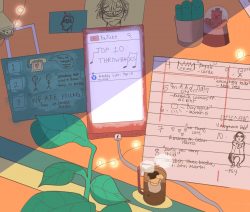