The Georgetown University Institute of Politics and Public Service welcomed its new class of fellows to Georgetown with the start of semester. These fellows will use their career experience to give students insight into how politics and public service works today with each bringing new expertise to campus and new discussion topics as well.

The Georgetown Voice spoke to the fellows last Wednesday to learn more about their expectations for the upcoming semester.

Scott Mulhauser (LAW ‘05), and a D.C. native, is the former chief of staff at the U.S. Embassy in Beijing to Ambassador Max Baucus. He also worked as the senior vice president and chief of staff of the Export-Import Bank of the United States. Beyond that, he has also served in high ranking positions for Vice President Joseph Biden and for the Obama-Biden Presidential Inaugural Committee.

Mulhauser hopes that, through working for GU Politics, he can ensure that students feel they have a sense of how to pursue a career in politics, as he wasn’t sure how to pursue his career while he was in college. He remembers that he knew he loved reading and watching all about government and politics, but he felt miserable because he lacked the knowledge of how to turn that passion into action. With no one to lend a hand to him as an undergraduate, he hopes that he can lend a hand to undergraduate students here at Georgetown.

His discussion group is called “Making Washington Work When Everyone Thinks It Can’t.” Shifting the tone of the national conversation from polarization and gridlock, Mulhauser will focus on how things get done, and what the next leaders of our country can do to improve these issues. “We all want to learn how politics, how government, how public service, can get better and it sure starts right here on the Hilltop with smart, engaged Georgetown students,” he said.

Martin O’Malley, a graduate of Catholic University, spent the last year campaigning to be the Democratic Party’s 2016 nominee for President. Before that, he had spent eight years as the  governor of Maryland and eight years as the mayor of Baltimore. As a government leader, he focused on reducing crime and improving the public school system, as well as keeping college costs low.

As the son and father of Georgetown graduates, O’Malley is eager to join the Georgetown community and to learn more about the attitudes of students on campus. He holds the belief that talking with young people can give a sense of what to expect in the future, and holds the key to our country’s success. “I believe that we’re actually coming through a polarized period of politics and I believe that the next generation holds the key to bringing us back to common ground and a better way forward, if we can remember how to talk with each other and not past each other,” he said.

O’Malley had to frequently leave his college campus in order to learn from people with real experience practicing in careers he was interested in. He hopes he can help expand students’ networks and knowledge by making him and his networks available to people who are interested.

His discussion section is called “Is America Becoming More Polarized or Less?” He will explore this question through the lens of different issues, starting with marriage equality, and then moving onto criminal justice, climate change, immigration reform, and others. The group will also look at polarization and these issues with lens of Catholic Social Justice teaching, in order to discover if these Catholic values can be used to find a path to progress on the most important issues of today.

Rebecca Sinderbrand (COL ‘99) serves as the deputy national political editor for The Washington Post and is in the midst of covering her fifth presidential campaign. In previous years, she has worked covering national politics for The Associated Press, editing for Politico and the CNN Political Ticker, and producing for “Anderson Cooper 360.” In addition to her experience with national politics, she has also delved into international reporting.

In her return to campus, Sinderbrand looks forward to jumping back into Georgetown conversations around how students consume news, while bringing her experience directly from the newsroom to Georgetown classrooms.

“Roadmap to the 2016 Home Stretch: What We’re Seeing in the Race’s Final Weeks, and Why” is the title of her discussion group. She plans on discussing the campaign process, in a context that can be, according to the GU Politics website, “useful not just to aspiring political journalists, but to students whose careers may involve dealing with those reporters.” With the inclusion of outside guests into the conversation, she wants to be very frank with students while discussing the heart of campaign matters. There is also the flexibility to use the discussion space to cover any major events that may occur, and especially relating to how The Washington Post may cover these events.

Juana Summers, an alumna of the Missouri School of Journalism, serves as an editor for CNN Politics in Washington, D.C. and has covered national politics since 2010 for Mashable, NPR, and Politico. In 2015, she was named to Marie Claire’s “New Guard” list of the fifty most connected women in America.

As Summers’ work revolves mostly around editing now, so she is excited to have more opportunities to hear student opinions on news and politics. She believes that Georgetown students could challenge how she does her job and views the world.

Her discussion group is called “Donald Trump, Barack Obama, and Race and Politics in 2016.” She hopes to talk about the dynamics of race and politics, including Obama’s effects, white racial grievance, and Black Lives Matter. Summers hopes her discussion group can have a sense of confidentiality, “where people can feel comfortable to talk about their lived experience with race no matter what their race or ethnic background is,” she said. She noted that race is not easy to talk about, however she hopes that her group can delve into the fact that many people are not socialized to talk about race at home.

Michael Steel, holds a master’s in journalism, and currently works at Hamilton Place Strategies, advising clients on communications and public policy. Steel was a senior policy and communications advisor for Gov. Jeb Bush’s presidential campaign. Before that, he had worked as press secretary for Speaker John Boehner and Vice Presidential nominee Paul Ryan during his 2012 Presidential election campaign.

“I had a vague sense that I was fascinated by politics and journalism and [had] no real sense how to go from being a hick kid from Durham, North Carolina to George Will,” he said, referencing the Pulitzer Prize winning journalist. Yet, he hopes channels this experience into helping others transform interest into action.

As the upcoming presidential election draws nearer, Steel hopes to talk with students about involvement and how government, politics, and public service work together. “If you want to make your voice heard and make it better,” he said, “you have to be involved and hopefully this is something that we can talk about.”

He titled his discussion group “Washington: Why It Doesn’t Work (Right Now)”. He acknowledges that a lot of institutions aren’t working, but that the proposed solutions may not work either. With this, he hopes to start from scratch thinking about how government and campaign finance can be structured to work better for the people. Each week will examine a wide variety of structures from policy to Congress to down-ballot races to lobbying. 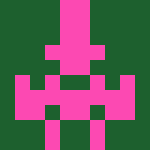