Secretary of Labor Thomas Perez spoke the morning of Sept. 20 at Riggs Library about the importance of building a “shared prosperity” for America. Perez emphasized that Americans have choices to make about the future and that students should be involved in that conversation.

Perez acknowledged recent economic growth, but also highlighted future challenges. While Americans are better off than they were eight years ago and a recent census has shown growth, he said, Americans still must address stagnant wages, opportunity gaps and Wall Street bonus pools. Referring to his optimism about the future, he said, “The America that I see are people who do extraordinary work day in and day out to shape a brighter future for our nation.”

Perez laid out eight key principles regarding his perspective on labor. First, he suggested that it is possible to care for business, workers, and consumers. Second, he contended that  individuals who work full time should not live in poverty. Third, he explained that the right to work is essential for democracy. Fourth, family values should be implemented through paid-leave and childcare.

Fifth, Perez said that innovation should include all individuals in a community. Sixth, he explained that successful businesses, communities and nations embrace diversity.

Seventh, he expounded on the idea that we must fortify the infrastructure of democracy by reforming voter ID laws and policing. Lastly, he said that the success of the nation is measured by the success of everyone within it.

Perez described working with those outside the government. He spoke about his work with labor unions, prisons, and business leaders who practice “conscious capitalism.” The term refers to the idea that business owners should consider all stakeholders in making decisions.

Asked about advice for his successor, Perez suggested fighting for paid leave and childcare and building a workforce where workers are engaged.

Caila Driscoll (MSFS ’18) said that she enjoyed the talk. Hailing from Maryland, Driscoll said that she had known of Perez for many years and always respected him. “He was a really good speaker and covered a broad range of issues from incarceration to trade,” she said.

However, Dan Zager (COL ’18) had some critiques. While he appreciated Perez’s work in organized labor, he objected to Perez emphasizing labor rights are good for business. “We don’t advocate for labor justice because it’s convenient for businesses; we do it because we believe in the dignity of working people,” Zager said.

The event was part of the Whittington Lecture series, hosted by the McCourt School of Public Policy. Established in 2002, the annual Whittington Lecture honors Leslie Whittington, a former associate dean and professor of public policy at Georgetown who was killed on Sept. 11, 2001 on board American Airlines flight 77. Dr. Edward Montgomery, Dean of the McCourt School of Public Policy, introduced and moderated the conversation with Secretary Perez. 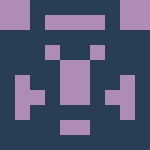 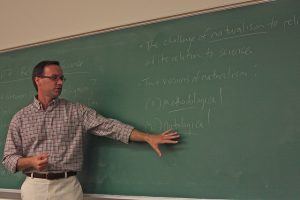