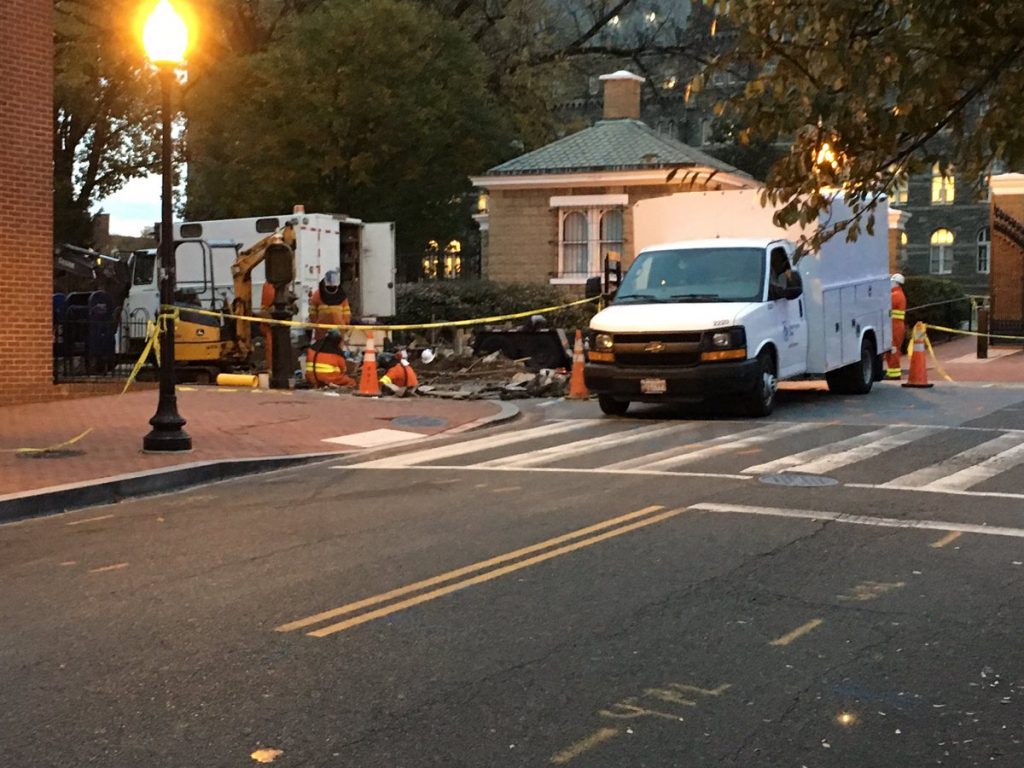 A gas leak from a struck pipe outside the front gates on 37th and O Streets has been contained, according to HOYAlert. The area has been reopened to the public.

The leak was caused Monday when a Washington Gas contractor struck the line during an excavation near the gates, according to university spokesperson Rachel Pugh.

“The response was rapid and quickly plugged the leak,” Pugh wrote in an email to the Voice.

Additionally, students were only affected by detours nearby, and no services were altered, Pugh wrote.

HOYAlert sent out a message around 1:45 p.m. that people should avoid the area due to an emergency gas leak. A following message that crews had made temporary repairs was sent just after 4:30 p.m., and the final all clear came just after 9:30 p.m.

D.C. Fire and Washington Gas workers were on the scene for the repairs.

D.C. Fire and EMS spokesperson Oscar Mendez said that D.C. Fire crews arrived to the scene shortly after 1 p.m. but that nobody was injured nor taken to the hospital.

The area smelled strongly of gas throughout the afternoon.

Washington Gas has not returned a call for comment.

Ryan Miller Ryan Miller is a former news editor of The Georgetown Voice. Follow him on Twitter @MILLERdfillmore for unabashed tweets about the Sacramento Kings.