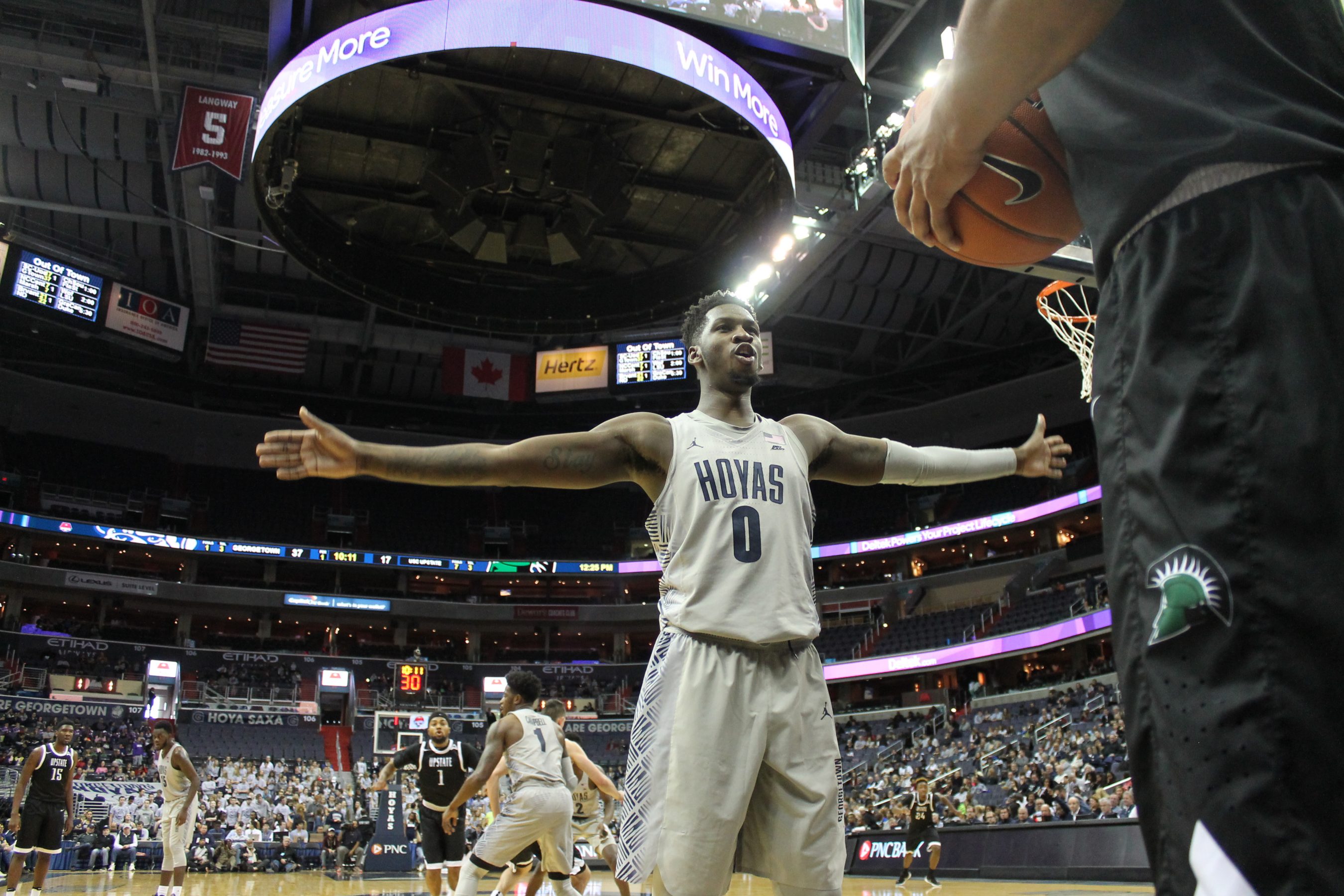 The Georgetown men’s basketball team (1-2, Big East) will face the No. 4 Oregon Ducks (2-1, Pac-12) today in the opening round of the annual Maui Invitational in Maui, Hawaii. Tip-off is scheduled for 4:30 pm, and the game will be televised on ESPN2.

Oregon is coming off one of its best seasons in program history. The Ducks finished last year with a record of 31-7 and reached the Elite Eight during the NCAA Tournament. Entering this season, Oregon was ranked fifth in the Preseason Coaches Poll and was named the preseason favorite to take the Pac-12 crown.

The biggest question mark heading into Monday’s contest is the status of junior forward Dillon Brooks, last season’s Pac-12 Player of the Year. Brooks has been sidelined since August after undergoing foot surgery, but averaged 16.7 points per game and 5.4 rebounds per game last year and would certainly be a huge addition to the Ducks’ roster if healthy. Multiple reports have stated that Brooks will suit up on Monday afternoon, but his role is up in the air. It’s likely that Brooks will see his first 2016-17 action in a limited role off the bench in Monday’s game.

In Brooks’ absence, the Ducks were led by forward Chris Boucher, a 6-foot-10 senior who is averaging 17 points per game during the 2016-17 campaign. In Oregon’s 76-54 win over Valparaiso (3-1, Horizon League), Boucher led the team in scoring with 25 points on 9-12 shooting, including a 3-5 effort from three-point range. His height and skill from outside poses a difficult matchup for sophomore Georgetown center Jessie Govan, who will likely be tasked with containing Boucher.

Graduate student guard Dylan Ennis, a transfer from Villanova, brings Oregon a stable presence in the backcourt. Ennis was injured for most of last season due to a foot injury, but has boosted the Ducks with leadership, defense, and smart point guard play so far this year.

Georgetown is looking to bounce back after a tough week that cumulated in an embarrassing loss to Arkansas State at home in McDonough Arena. Georgetown started slow versus Arkansas State and faced a nineteen point halftime deficit that proved too much to overcome. Despite much more inspired play in the second half, the Hoyas came up short due to the massive hole they had dug themselves at the beginning of the game. They’ll certainly need to play better from the start if they are going to compete with the size, skill, and athleticism of Oregon.

The Hoyas are led by graduate student guard Rodney Pryor and junior guard L.J. Peak, who are both averaging 17.7 points per game so far this year. Depth is a major asset for Georgetown, as seven players are averaging more than fifteen minutes per game through the team’s first three contests.

The winner of today’s contest will take on the winner of the game between No. 9 Wisconsin (2-1, Big Ten) and Tennessee (1-1, SEC), while the losers of each game will go to battle on Tuesday. 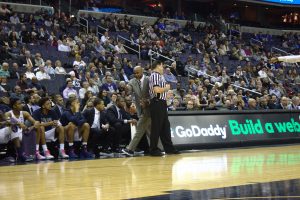 The Phone Booth: What Postseason?

By Nick Gavio and Tyler Pearre 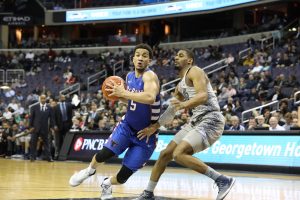 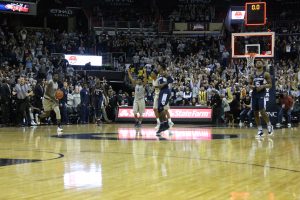