“Beware of the man who works hard to learn something, learns it, and finds himself no wiser than before. He is full of murderous resentment of people who are ignorant without having come by their ignorance the hard way.”

Published the year after the Cuban Missile Crisis, Kurt Vonnegut’s Cat’s Cradle epitomizes the apocalyptic sentiment and the cynicism surrounding science, religion, politics, and the human condition of its era. Vonnegut’s handling of the divine comedy of human existence is absolutely unique in its deceptively simple style and wickedly humorous irony. It is the chronicles of a writer, aptly named Jonah, after the biblical prophet who resisted God’s plan and destiny and was in the belly of a whale for three days, who is writing a book about the father of the atom bomb dropped on Hiroshima, a Dr. Felix Hoenikker. He finds and develops relationships with the deceased scientist’s three strange children, who possess pieces of their father’s final invention, a product called ice-nine which is capable of destroying earthly life. He is led to a mysteriously isolated Catholic island in the Caribbean, and learns about an outlawed religion founded on lies with an unclear purpose, Bokononism. This religion is the focal point of the entire work, and of Vonnegut’s personal philosophy, outlining the absurdity of the human world and how entertaining this absurdity really is.

Through both the development of the ideas of Bokononism and constant satire of vapid, unnecessary human relationships and conversations, Vonnegut establishes a sort of fatalistic humanism, mocking humankind’s need for belief and sense of purpose, and highlighting the human tendency to simply pretend to understand. One of the many calypsos of Bokononism rings,

“Tiger got to hunt, bird got to fly;

Tiger got to sleep, bird got to land;

Man got to tell himself he understand.”

In these four simple verses, Vonnegut teases man for this nagging desire to find answers and to make sense of the world. This ‘pretending to understand’ is an important social skill to develop, one everyone is familiar with, in which one convincingly nods along in a conversation despite having no idea what the other person is saying and no idea where the conversation is going. This seems to be done for the purpose of not admitting ignorance or stupidity and also of maintaining a certain degree of sense and logic in the conversation, impossible if the two individuals have or believe themselves to have vastly differing degrees of knowledge on a particular subject. Telling ourselves we understand is not, however, just a social skill, but also a necessary attitude to take to remain sane in this whirlwind world of truth and lies, dominated by the search for ultimate wisdom and the power to control our own destinies.

Cat’s Cradle, through its less-than-nuanced cynicism and biting irony, points out quite matter-of-factly the incomprehensibility of God, of His plan, of our plans, of destiny and purpose, and all other lofty ideas. These are all ideas that become more and more convoluted as time passes and as humans gain more ‘knowledge’, and one eventually comes to a point at which, consciously or subconsciously, one has to pretend to understand the way the world is in some way or another, most commonly through the tenets and prescriptions of an organized religion or an adherence to scientific ‘fact’. One has to create lies or create truths or essentially just create some reality that allows one to live day to day. This is the purpose of science and religion according to Vonnegut; they provide the destructive truths of the physical world that lead to the atom bomb and the inflated lies of the spiritual world that hide mass indoctrination and ignorance behind the façade of peace and faith. It is this need to create a reality which one can understand that leads to the creation of Bokononism, a universally practiced religion banned on the island of San Lorenzo, based on the ideology of “living by the harmless untruths that make you brave and kind and healthy and happy.”

The need and capacity that each individual has to create their reality is what Bokonon highlights. He conveys its importance essentially by highlighting the aforementioned incomprehensibility of our world, and asking people to pick their package of lies. Bokononism is one such package, neatly prepared for its followers’ convenience. The force and intensity of these untruths are hidden behind their simplicity. This deeply impactful book presents, in all of its dark and humorous magic, “the cruel paradox of the heartbreaking necessity of lying about reality combined with the heartbreaking impossibility of lying about it.” 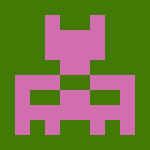 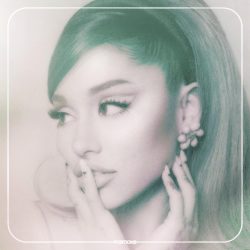 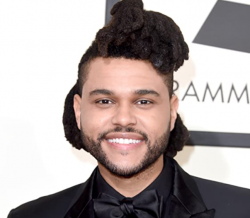