Georgetown’s Facilities Management staff voted on Nov. 16 not to accept the contract negotiated for them by the university and their union, the Service Employees International Union (SEIU) 1199. Negotiations have lasted for six months, and facilities workers have been without a contract since the school year began.

One facilities worker who voted against the contract said that the contract did not meet the needs of the workers. “The cost of living has gone up, healthcare costs are up. All this is going up, and we only receive  2 percent and a quarter,” said the worker, who requested anonymity, voicing concerns regarding harassment, bullying, and discrimination from management as a consequence of speaking out. The workers have a target wage increase of 5 percent, but the contract only offered a yearly 2 percent raise and a quarter raise six months after.

The Georgetown Solidarity Committee (GSC) released a statement Nov. 18 on its Facebook page in support of the workers. One of their concerns was the new proposed minimum wage of $13.50 in the facilities department. “Because many workers are making well below $13.50 already, the sudden switch to a higher minimum wage will mean that their years at Georgetown will be erased, with potential new hires making the same as long-time veterans,” the statement read.

A member of GSC, Dan Zager (COL ‘18), said that he is excited to see workers standing up for themselves in the face of an unfair contract. “They have used their voices and their power to reaffirm that an annual raise of 2 percent and change is not nearly enough to keep up with the rising cost of living in DC,” Zager wrote in an email to the Voice.

As well as concerns about pay, workers are also concerned about unfair treatment from management. “We want them to stop the bullying and the discrimination, because that’s making it hard for us to do our job,” the worker said. “We continue to fight, and we just want to be treated fairly and with respect. It takes a toll on you when a manager comes and says something to you and you can’t say something back and speak up for yourself.”

University spokesperson Rachel Pugh said the university was disappointed with the results of the vote.“We understand that the Union is planning to discuss the outcome and next steps with the membership as soon as possible,” she wrote in an email to the Voice.

Some workers believe that the union has not been working in their best interest at the negotiating table and not holding management accountable for the changes that have been taking place. “When the contract was signed, they were supposed to go back over all that was negotiated. They never did,” the worker said. “The executive VP from SEIU 1199 came here and signed the contract in one day and tried to force members to sign off on it. That’s what got us to speak up and say, ‘No.’”

In its statement, GSC said that it will continue to watch negotiations to make sure the workers have the opportunity to negotiate a fair contract. “GSC will continue to support workers as they pursue dignity on this campus,” the statement read.

Zager said that he would also stand with the workers. “I’m here to support the workers in whatever they need, and I’m looking forward to utilizing the power of students and workers to pressure both the university and the union to propose a fair deal.” Zager wrote.

Negotiations are expected to continue without a clear timeline for reaching an agreement. 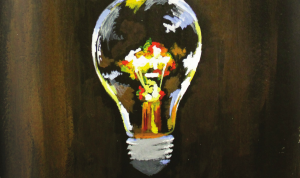 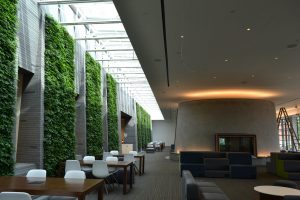