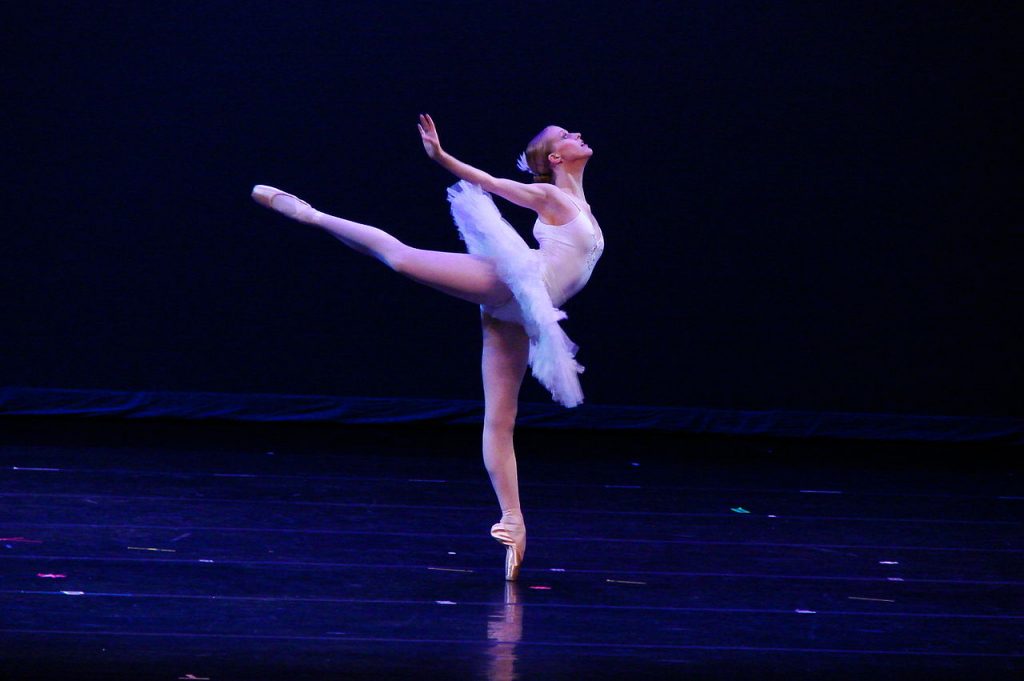 Dance is making a dazzling comeback in American popular culture.  La La Land, for example, incorporates infectious tap numbers that remind us of beloved movie musicals like Singin’ in the Rain.  In these types of movies, though, dance is just one component that complements the singing and acting executed by performers.  In other cases, dance takes center stage.

Ballet is often the victim of negative stereotypes.  The critically acclaimed movie Black Swan focuses on the lived experience of ballerinas, yet tends to exaggerate the characters and portray them as crazy and aggressive.  In addition, professional ballet dancers are not always hired to portray ballet dancers in mainstream media.

Ballet is incredibly complex and requires years of dedication and practice.  While Hollywood may not always be very kind in their representation of this art form, there are documentaries that give an intimate look into the lives of some of the most talented ballerinas from around the world.  Better yet, you can watch three of these on Netflix right now.

The first ballet documentary to watch is First Position, which follows the stories of six aspiring ballet dancers as they train for and compete in Youth America Grand Prix, an international dance competition for young dancers that can help jumpstart their professional careers.  The youngest dancer featured in this film is just ten years old and the oldest is seventeen.  Even at such young ages, these dancers articulate their love of ballet and push themselves to their physical limits in the hopes of performing well at this prestigious competition.

The director of this documentary, Bess Kargman, is a former dancer herself.  She deeply examines the lives of each child as she follows their daily routines of attending school, ballet lessons, and enjoying families meals.  This film does a great job of highlighting the sacrifices necessary to achieve the dream of becoming a classical ballet dancer.  Despite the physical and emotional hardships experienced by these families throughout the film, the deep joy ultimately experienced while these children dance on stage is truly inspiring and triumphant.

A second ballet documentary is A Ballerina’s Tale.  This film depicts Misty Copeland’s rise to international ballet stardom.  More than just a talented professional dancer with the American Ballet Theatre, one of our country’s greatest ballet companies, Copeland has become a true American icon.  As stated in the beginning of the documentary, she made history in 2015 by becoming the first “black female dancer at a major international company.”

A Ballerina’s Tale explores the impact of Copeland’s career, as well as delving into her personal struggles with injury and prejudice.  Misty Copeland brings so much more to the world than her polished ballet technique.  She seeks to redefine the ballet world and empower communities of color.

Another compelling film is Ballet 422.  In this documentary we learn about Justin Peck, a 25-year-old dancer and choreographer with the world-renowned New York City Ballet.  As revealed in the opening scenes, Peck has been selected to create the company’s 422nd original ballet for their 2013 Winter season.

Ballet 422 gives the audience a window into Peck’s mind as he painstakingly creates his ballet and rehearses with the other dancers.  More so than the other films discussed in this article, through the eyes of Peck we are able to experience the creative processes of one of the greatest ballet companies in the world.  Peck had to create his ballet in a very short amount of time, so the documentary does not lack uncomfortable moments of stress and doubt.  However, it ultimately becomes a true celebration of the ever-changing art form of ballet.

Despite the prevalence of stereotypes about ballet that exist today in the United States, these three documentaries tap into the true realities of what it is like to be a 21st-century ballerina.  As seen in these films, ballet is a dynamic art form performed by people with awe-inspiring levels of passion.  More than that, these explorations of dedication in part highlight the beauty of what it means to be human.  If you’re ever searching for a source of inspiration, or simply enjoy dance, these films might do the trick.

On the Record: GUSA Candidates Kamar Mack and Jessica Andino
Stripped: Fashion Takes New York But Not Without a Stab at Politics