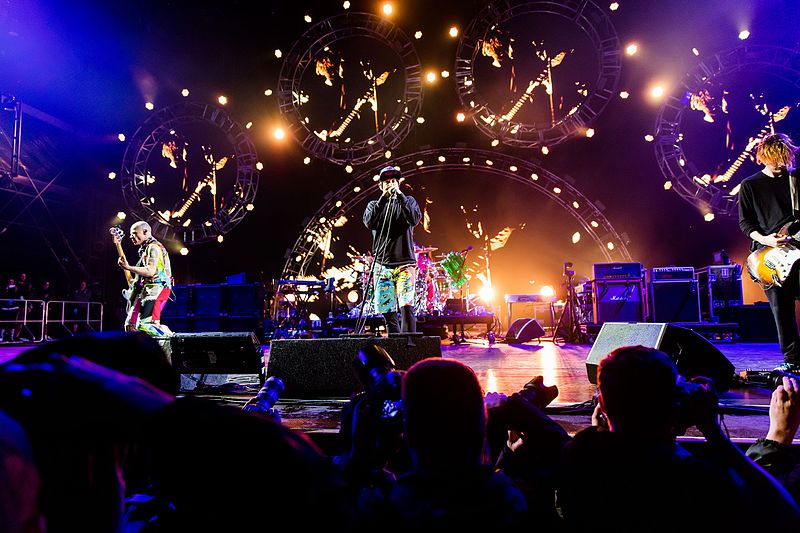 Performing in an arena and engaging a 20,000 person audience is no easy task, but at the Verizon Center on Wednesday, April 12, the Red Hot Chili Peppers made it seem like a cakewalk. The band came to DC to kick off the North American leg of an 18-month promotional tour for their first album in 5 years, The Getaway (2016).

In keeping with Chili Peppers antics, the night began with a bizarrely entrancing performance by BABYMETAL. The band’s mashup of hardcore and Japanese pop was surprisingly well-received by the audience, and the lead trio of J-pop idols Su-metal, Moametal, and Yuimetal worked the large venue with ease, gesturing for fans to wave their phones and sing along to international hits such as “Gimme Chocolate!!” and “KARATE.”

After BABYMETAL concluded their set, suspense was high. Without much ado, Chili Pepper’s drummer Chad Smith walked on stage to deafening shouts and took a seat on the drum throne. Bassist Flea and guitarist Josh Klinghoffer followed suit and the three band members began warming up the crowd by casually jamming together. With excitement augmenting, frontman Kiedis made an entrance, assumed his position center stage, and began singing: “All around the world/ We could make time/rompin’ and a stompin’/ ‘Cause I’m in my prime.”

And in his prime he was. Despite being 51, Kiedis leapt around stage all night with unrelenting yet perfectly manicured boisterousness. His energy was the perfect balance between Flea’s hyperactivity on stage right and Klinghoffer’s moody slouching on stage left. Both the physical and musical performances of the band members demonstrated their many years of experience in large venues. Flea’s audacious bass plucking and Keidis’ vocals shone over the foundation laid by the rest of the band to create an absorbing atmosphere of funk which the audience savored.

The setlist featured just four tracks from The Getaway, including a crowd-favorite, “Dark Necessities.” The show mainly consisted of older hits such as“Californication,” “By The Way,” and “Dani California,” creating a wonderfully paced set that allowed nostalgia to ferment.

The band opted out of screening the show to the nosebleeds and instead projected a colorful, psychedelic representation of their performance on the screen directly behind them. Besides a mesmerizing light fixture in the center of the arena, there was a conspicuous lack of stadium gimmicks, allowing the most important aspect of the night to shine: music. Sure, the Chili Peppers came to DC on a multi-million dollar corporate tour, but somehow they managed to make the show authentic and infectious in spite of the large venue and prolonged hype.

Arena shows can be a let down: tickets are bankrupting, seats are assigned, and there is a dangerously high likelihood that the fan on either side of said seat will be far too intoxicated. Too often they aren’t worth the hassle. On Wednesday night, though, the Chili Peppers dazzled—all doubts were assuaged and it was incontrovertibly worth it. 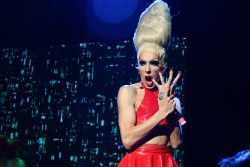