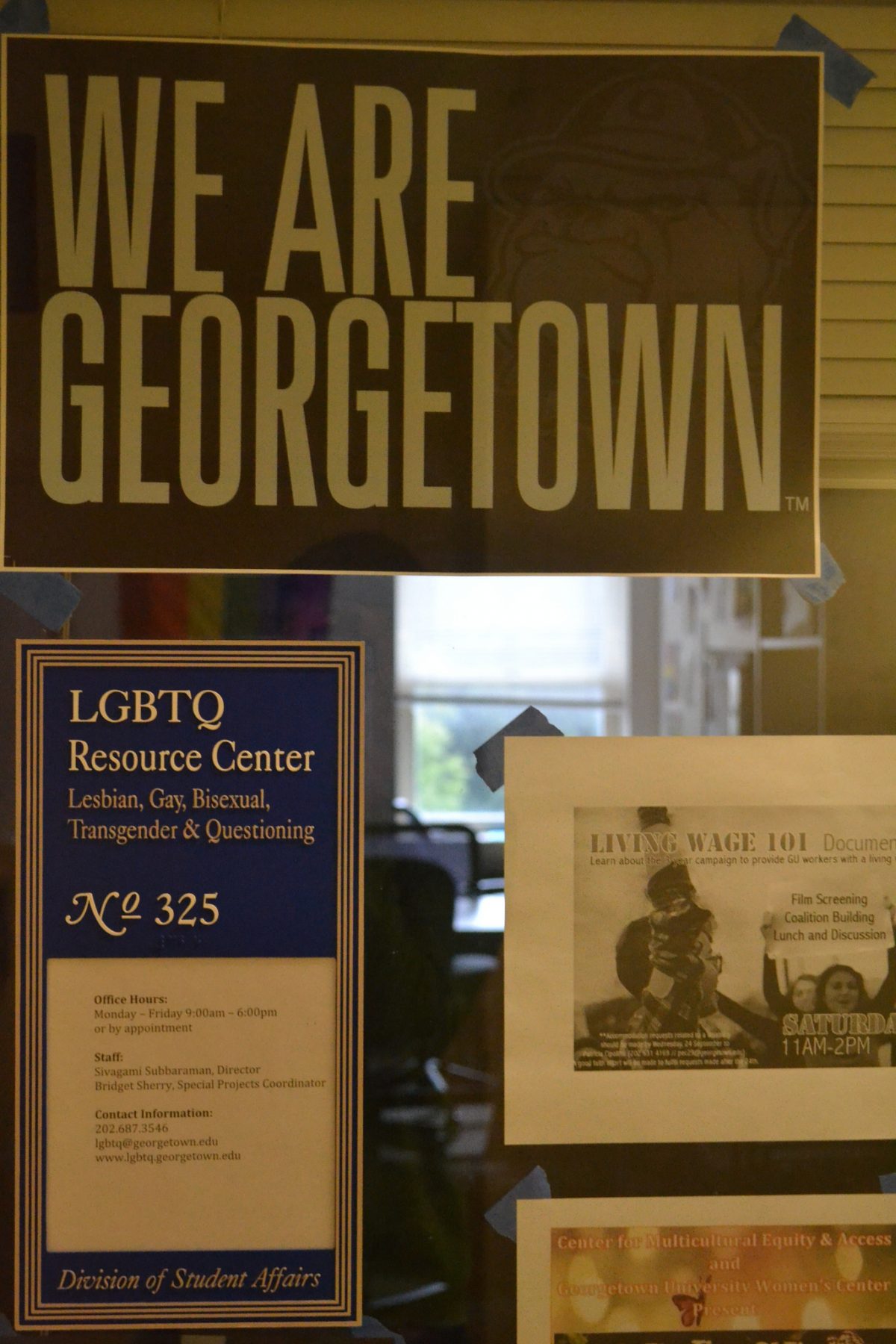 The LGBTQ Resource Center launched a new mentorship program for underclassmen and transfer students this past week. The program, “Passages,” which was announced earlier in the semester, is entirely student-led. Several upperclassmen developed the program over the summer.

Before this semester, the resource center held occasional “Passages” dinners, in which recent alumni involved in the center would return to campus to talk with current students. According to Zachary Frial (SFS ’18), the program coordinator of the new mentorship program, these dinners did not reach a wide audience.

Frial and several other peers decided to rebrand the program. Passages would connect underclassmen with upperclassmen, instead of alumni. It would be a way to help new students navigate life at Georgetown as an LGBTQ person.

Shiva Subbamaran, the director of the LGBTQ Resource Center on campus, said that even openly identified LGBTQ students arrive at Georgetown unable to find each other and form a community. “LGBTQ students can’t find each other easily in clubs/organizations, nor do they have shared living spaces, unlike Black House, Casa Latina, or other themed LLCs,” Subbamaran wrote in an email to the Voice. Community can be hard to create even at a school that, Subbamaran noted, has an expanding LGBTQ community.

Passages was designed to solve this problem. Two student mentors would be paired with a small group of mentees, and together the group would tackle issues important to incoming LGBTQ students. For Frial, this meant not just issues of identity, but also questions of how to adjust to life on campus as an LGBTQ student–what clubs to join, for example, or how to get engaged in activism.

Frial has been involved in the resource center since their freshman year at Georgetown. “For me, the LGBTQ Center was a safe space that I could go to and find people, who were happy to have me around, who were accommodating,” they said. “And I think this mentorship program is just an extra way for people to get involved, for people to find community. For people to find a group of people that care about them, and who want to see them succeed.”

Grace Smith (COL ’18) helped develop the program along with Frial. She also emphasized the program’s focus on community. “Passages shows queer students that a path for them exists on this campus and those that have navigated it before are here for them to guide them through that journey of discovery,” she wrote in an email to the Voice. “It tells queer students: there is a home here for you, and there is a family here for you. Welcome to it all.”

Applications for Passages closed Sep. 22, and the mentorship groups formed in the past few days, welcoming the newest members to a growing LGBTQ community on campus.