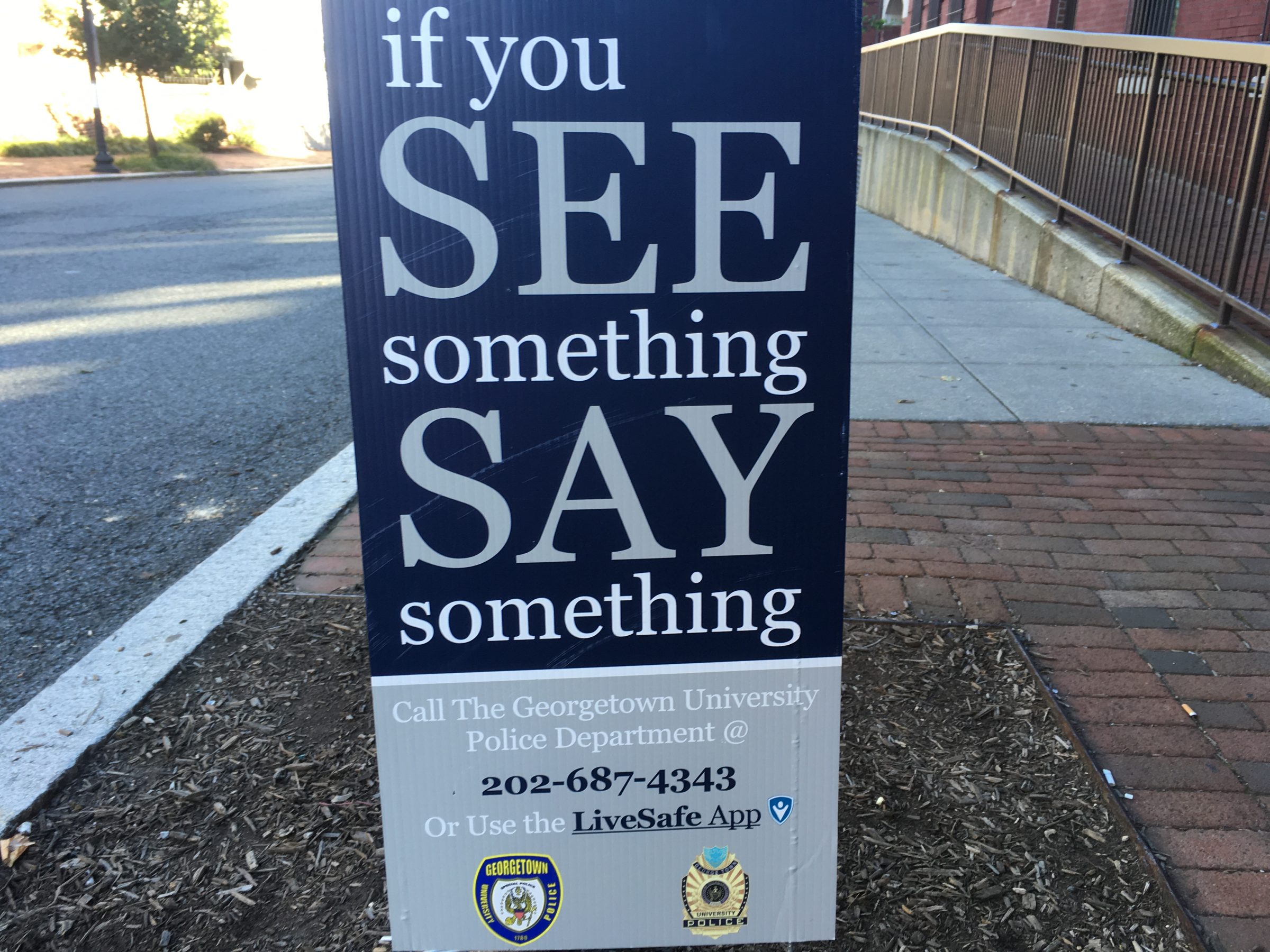 A swastika was found in an LXR bathroom on Sep 27. The swastika was drawn in lipstick on the mirror of a women’s restroom on the second floor of LXR, along with the words “Bitches Beware,” according to Adam Shlomi (SFS ‘20).

GUPD posted a statement from Chief of Police Jay Gruber on their Facebook page on Sep 27, stating that incidents of anti-Semitic and misogynist graffiti were being investigated. “GUPD is working closely with Metropolitan Police Department in this ongoing investigation, has increased patrols in residential areas, and is devoting its full resources to finding the perpetrator,” the statement read.

The next day, NBC Washington reported that a  “hateful symbol” was found on a trash can in the Walsh building. According to the report, university officials did not say which symbol was drawn, but it comes on the heels of a number of swastikas being discovered in residence halls on campus.

Gruber wrote in an email to the Voice that GUPD is investigating the incidents, and increasing its surveillance of residence halls on campus. “Perpetrators will be held fully responsible, in conjunction with Georgetown’s Code of Conduct. They could face additional criminal charges following the GUPD and MPD investigation of these incidents,” Gruber wrote.

Because the investigations are ongoing, Gruber was unable to share the specifics of what GUPD is doing, instead writing that they are, “deploying all resources at our disposal,” to the investigation.

Some responses have been more visible to students. Following the discovery of a swastika on Sept 20, the first night of Rosh Hashanah, GUPD placed signs reading, “If you see something say something” around campus.

On Sept 27, students living in east campus, where most of the graffiti has been found, received an email from Gruber regarding an increased GUPD presence in the dorms, saying that there would be increased patrols and that two officers would be present near the building during the investigations.

Jeff Reitano (COL ‘20), an LXR resident, wrote in an email to the Voice that while he does not live on the floor where the incidents have been happening, he has noticed changes to security, as well as having received a survey asking for information about the graffiti. “I’ve mostly seen changes in how people get into the building. Instead of having a security guard to swipe you in, they now have at least one GUPD officer sitting in the lobby,” Reitano wrote.

GUPD’s post reassured students that they are confident the investigation will turn up the perpetrator, and also reaffirmed the university’s stance against hateful acts. “We are confident we will find the perpetrator and that the perpetrator will face criminal charges and full discipline under Georgetown’s Code of Conduct,” the statement read. “Georgetown University reaffirms our strong rejection of hatred, racism, bigotry, anti-Semitism, sexism, and Islamophobia.”