World Cup Qualifiers: Despair for Italy and Joy for Sweden 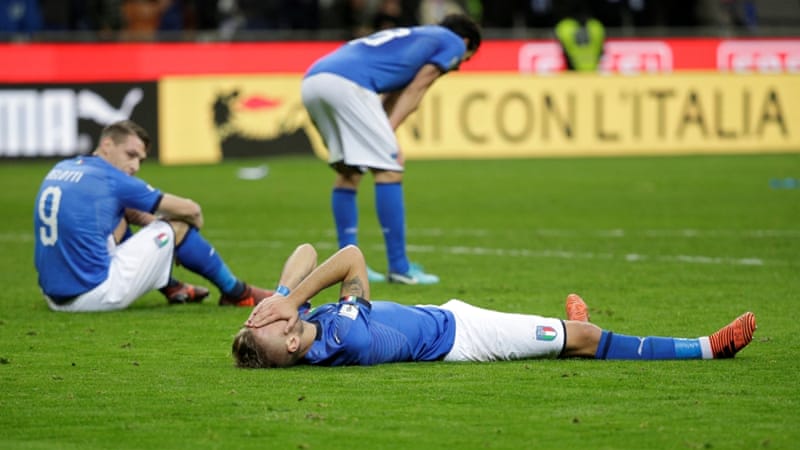 For the first time since 1958, Italy will not be attending a FIFA World Cup, after failing to qualify for 2018 in Russia. As the final whistle blew in Monday’s 0-0 draw with Sweden, the Italians fell to their knees in agony and heartbreak, while the Swedes were jumping for joy as they qualified for their first World Cup since 2006. Perhaps the most heartbroken of the Azzurri was 39 year old goalkeeping legend Gianluigi Buffon, who after the game retired from international football.

In the first leg on Friday, the Swedes secured a 1-0 victory in Stockholm. Jakob Johansson scored the winner in the 61st minute to take the lead, and the Swedes didn’t look back. Despite holding just 37 percent possession, their defense was solid and goalkeeper Robin Olsen only had to make one save the entire game.

So on Monday, Sweden only needed a draw to secure their spot at Russia 2018, and they fought hard for the whole 90 minutes. Italy held possession for a whopping 76 percent of the game, with a ridiculous 27 shots and eight corner kicks. Sweden shot just four times and had no corner kicks, but the Blågult held on for dear life and did not concede. The Italians had far more opportunities than Sweden, but were not able to execute and put the ball in the back of the net.

There are a few takeaways from this playoff. Probably the most noteworthy is the extreme disappointment for the Italian Football Federation. This is a national team that has won the World Cup four times (1934, 1938, 1982, 2006) and won the Euros in 1968. In the history of FIFA Rankings, they have NEVER been ranked lower than 17th. They are one of the most historically successful and prominent teams in all of international football, and they couldn’t qualify for the World Cup finals. With all due respect to Sweden, if you compare the teams side by side, the Italians have far more talent – it’s not even close. Yet the ball didn’t bounce their way and the players didn’t perform, so they be spectating next summer.

This is different from the situation with the United States men’s national team. Italy has the talent in their squad to not only qualify for the World Cup, but to contend to win. The United States should have qualified out of the mediocre CONCACAF, but the talent on the team is unsatisfactory for a country with 300 million people and more athletes than any other country. I would not be surprised if Gian Piero Ventura were fired for this disappointing World Cup campaign, but the Italian football system overall still works. After all, they hadn’t missed a World Cup finals in 60 years.

So give the Italians some time to mourn this loss, but you better believe they’ll be back for the Euros in 2020. The nation has too many talented players and too much love for football to propose some type of system rebuild. You can’t make every World Cup finals.

As for Sweden, some might argue that they were lucky in this playoff, but they still made it out of a Group A that included France and Netherlands. On the way to the playoff, they defeated France and drew Netherlands, and had an impressive +17 goal differential.

But perhaps the most impressive part about their World Cup qualification is that Sweden did it without the heart and soul of their football identity: the man, the myth, the legend, Zlatan Ibrahimović. After Sweden bowed out of the 2016 Euros in the group stages, Zlatan announced that he would retire from the national team. Considering Zlatan’s 62 international goals (the most in Swedish history) and 116 caps, on top of his storied success in the top European leagues, this was a huge loss for the Swedish national team.

I was rooting for Sweden throughout the qualification process for one reason: the slight possibility of watching Zlatan at a World Cup. Though Zlatan did appear in Sweden’s World Cup squads in 2002 and 2006, he did not score in either competition. He has achieved success in the Premier League, La Liga, Serie A, and Ligue 1. He has appeared in the UEFA Champions League over 100 times. Scored plenty of times at the Euros. Scored more than anyone else in PSG’s history.

The list of his accomplishments goes on and on, but Zlatan hasn’t given us a show on the biggest stage in all of sports. Zlatan’s recent injury problems could be a sign that, at 36 years old, time is catching up to him. He scored the seventh most goals in the Premier League last season with 17, also the most on Manchester United, so it would be reasonable to believe that, if healthy, Zlatan is still a world class player. Nevertheless, this is certainly his last chance to appear in the World Cup, and the Swedish national team would welcome him back with open arms.

Even with Zlatan, it would be unrealistic to expect Sweden to win the World Cup. The supporting cast isn’t strong enough to win multiple games against the world’s best. But who knows, maybe Zlatan will come back and show us some of that magic we’ve had the privilege to witness so many times before.

Tristan Lee
Tristan is the Voice's sports editor and a junior in Georgetown College. He mostly covers Georgetown's football, basketball, and baseball teams. 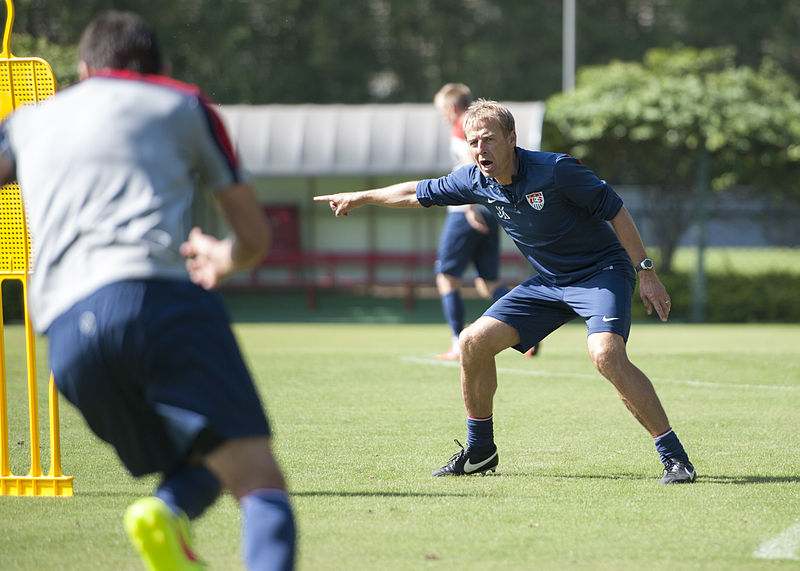 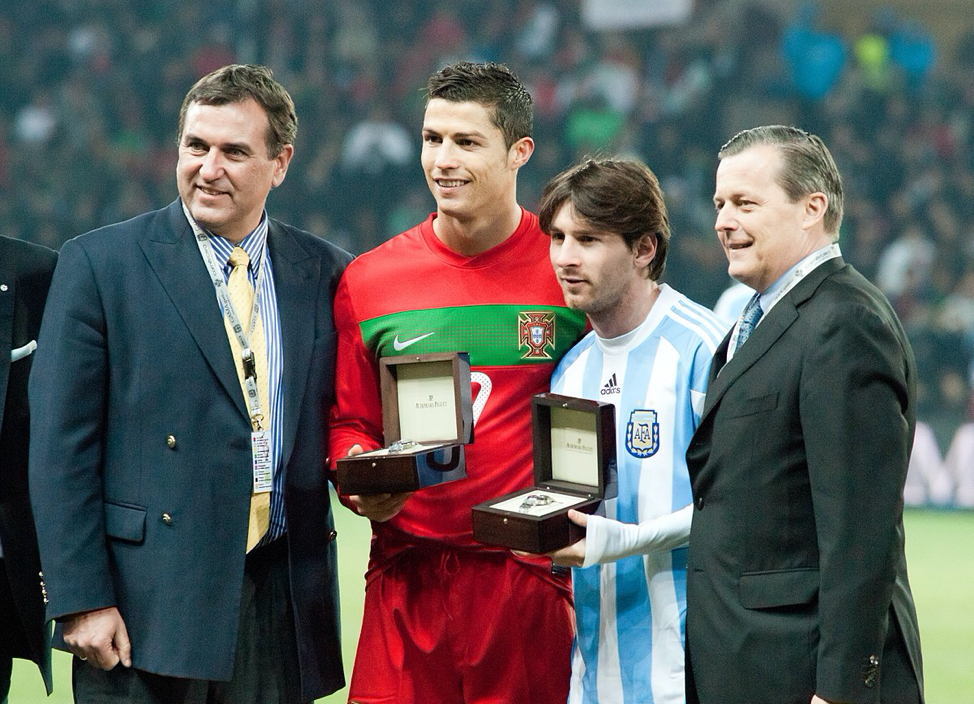 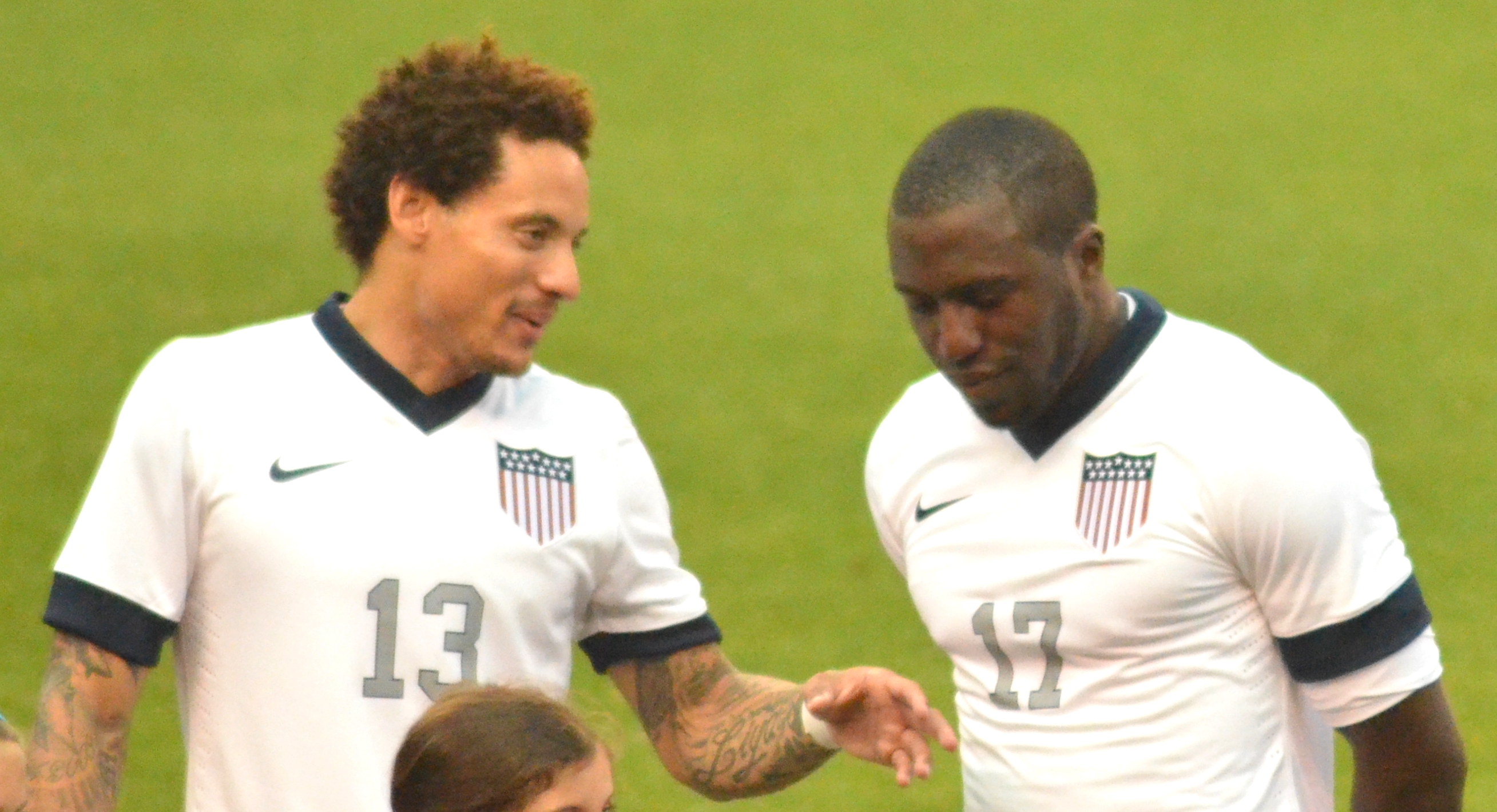