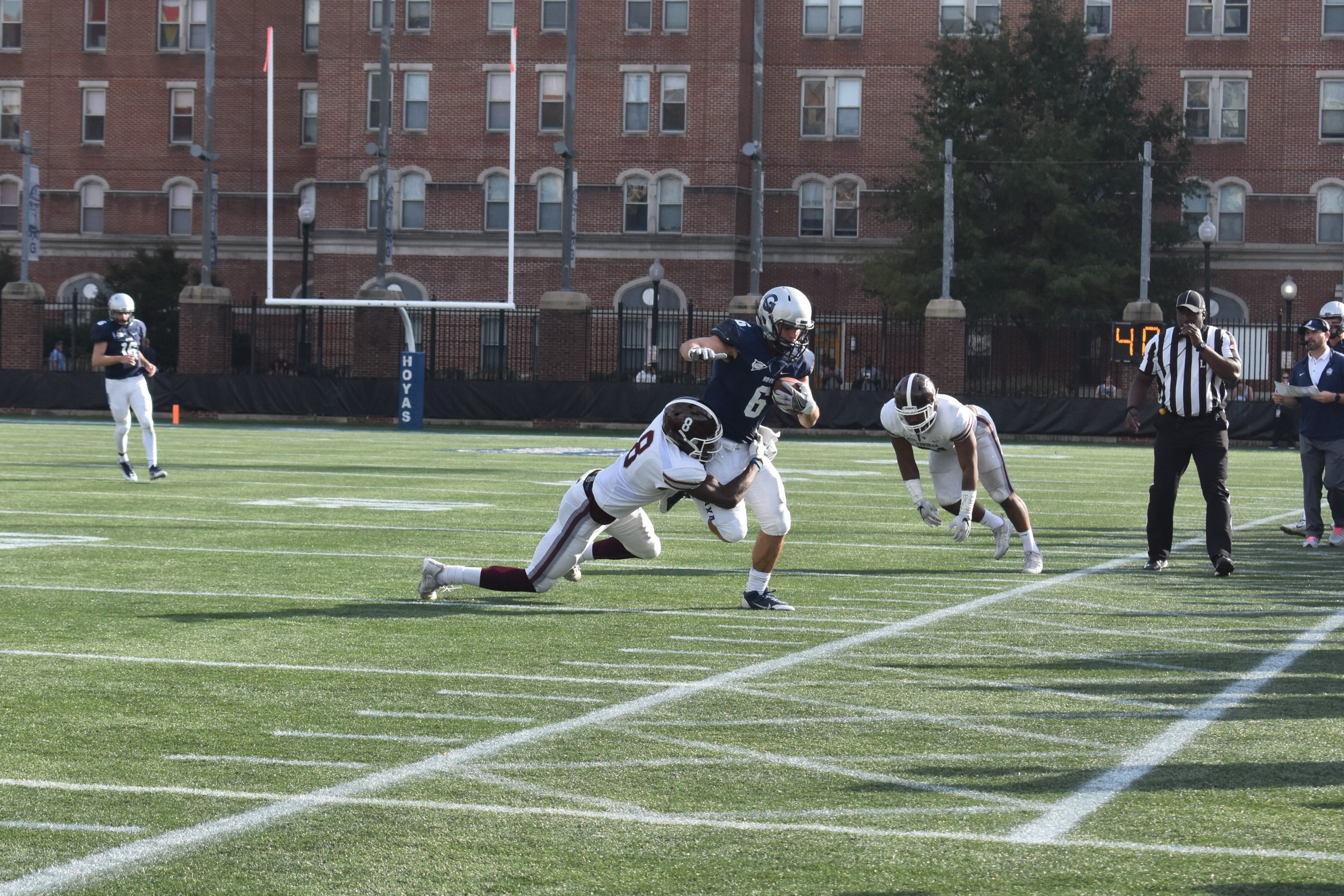 The Georgetown football team (1-9, 0-5 Patriot League) will look to end its season on a high note this Saturday at home versus Colgate (6-4, 4-1 Patriot League). The Hoyas will honor the team’s seniors in a ceremony prior to the game.

“We’ve put a lot of time, effort, blood, sweat, and tears into this program,” senior defensive lineman Kendall Catching said. “To see it all come to an end is kind of a bittersweet feeling.”

In last week’s 12-0 loss to Bucknell, a bright spot for the Georgetown offense was the rushing game of sophomore quarterback Gunther Johnson, who finished the contest with 131 total rushing yards. The Hoyas are hoping that he can repeat his performance this week against Colgate.

“You have to be successful on first and second down, and being able to run Gunther in those situations really helped us last week,” Sgarlata said.

The Georgetown defense is hoping to replicate its strong recent showings as well, as the squad gave up just 12 points last week and only seven the week before versus Lafayette (3-7, 3-2 Patriot League). One of the main contributors to the Hoyas’ defensive success has been freshman linebacker Wes Bowers, who finished last week’s game with a team-leading ten total tackles.

“[Bowers] wears 52, so he’s kind of a reminder of Ray Lewis, the way his ferocity is on the field” senior running back Isaac Ellsworth said. “I’ve taken a couple of hits from him, and it’s not fun.”

“Colgate has a really solid scheme, they like to use the option a lot,” Catching said. “For us, that means that each player has to do their job and do their job great.”

The game will kickoff at 1:00 pm on Cooper Field, with Senior Day ceremonies beginning earlier. It will also be televised on the Patriot League Network. 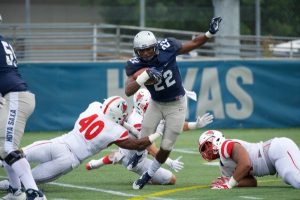