Washed away: Seton Hall sinks men’s basketball with a late first half run 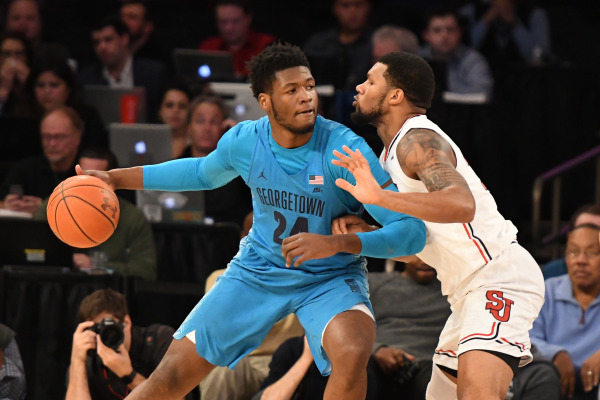 Derrickson scored six points in the Hoyas’ opening 12-3 run, but the Pirates quickly responded with an 8-2 run of their own to cut the Georgetown lead back to three within the opening five minutes. Despite their underdog status, the Hoyas were able to extend their lead to 10 points in the early going, taking advantage of Seton Hall’s inability to score and riding five points from Blair.

The Pirates would fight their way back into the game and take the lead on a Rodriguez three-pointer with 7:02 remaining in the half. A jumper from Blair gave the Hoyas the lead one more time, but Seton Hall closed the half on a 14-0 run over the final five minutes that gave the home team a commanding 44-31 halftime lead.

The Pirates overcame poor free throw shooting (4-9) by shooting 58.1 percent from the field in the first half. Half of Seton Hall’s points came in the paint and the Pirates outscored Georgetown on the fast break 10-2. The Hoyas had zero bench points in the first half, and the reliance on their starters hampered head coach Patrick Ewing’s team, who would only get four bench points from graduate student guard Trey Dickerson in the contest.

In the second half, the Hoyas cut the Seton Hall lead to single digits twice, down to nine in the opening minute of the period and to eight with 7:54 remaining. The Pirates coasted to victory in the second half behind strong defense, holding the Hoyas to 36.4 percent from the field in the contest and allowing only three three-point attempts in the second half. Seton Hall also finished with eight blocks on the day, with three coming from senior forward Ismael Sanogo and two each for Delgado and Powell. The Hoyas are third in the Big East in free throw percentage at 80.1 percent in conference play but were unable to utilize this strength on Saturday, as they took only 11 foul shots.

The Hoyas return to the court on Wednesday to host No. 1 Villanova (16-1, 4-1 Big East). Tip-off is scheduled for 6:30 p.m. ET from Capital One Arena, and the game will be broadcast on FS1. Follow @GUVoiceSports on Twitter for live updates and breaking news. 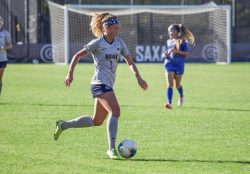