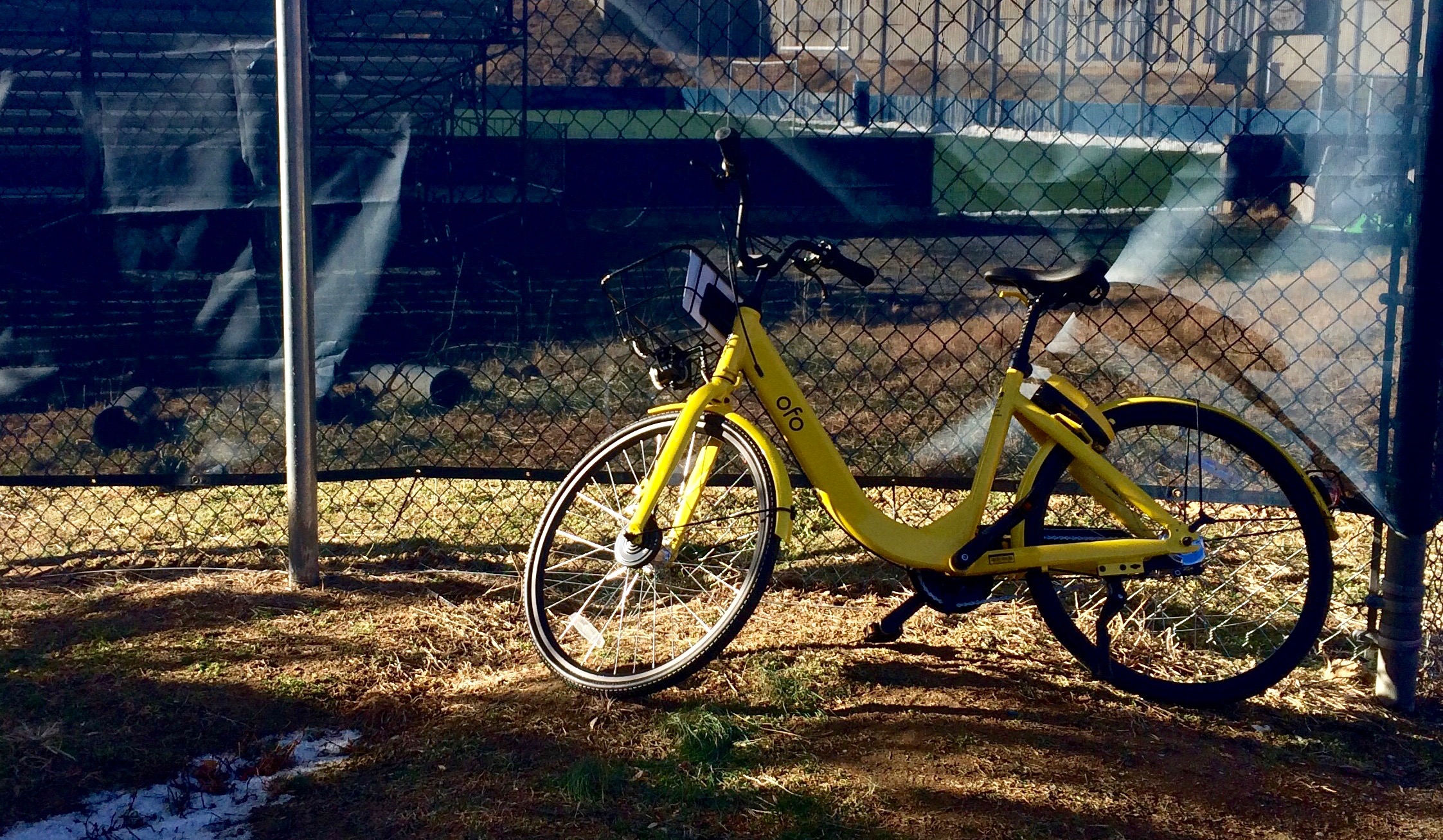 Since dockless bike sharing came to Washington, brightly-colored bicycles available for public use can be found all over the city, unencumbered by any permanent docking station. However, some Georgetown residents see the seemingly-omnipresent bikes often left in the middle of streets and sidewalks as a nuisance and have reported bike users to 911.

On Dec. 26, 2017, WAMU reporter Martin Austermuhle tweeted a screenshot of a message in a Georgetown neighborhood listserv from a resident opposing the use of dockless bike sharing in the neighborhood.

“When I come home from work, the bikes are all over the sidewalk and in the street,” the author of the message wrote. “These bikes serve no purpose whatsoever.”

The resident wrote that one of their elderly neighbors tripped and bruised her head on a dockless bike. They urged neighbors to call 911 and report “suspicious activity” if residents saw any individual using a ride-share bike and added that this strategy had already achieved results.

“We have noticed a DRAMATIC decrease [of improperly-parked bicycles] since initiating these calls directly to MPD 2D,” the resident wrote.

The Metropolitan Police Department (MPD) responded to the listserv message by telling citizens on Dec. 26 to refrain from dialing 911 to report suspicious activity for merely using bike-share services. The department wrote in the statement it was working with the rideshare companies to develop a solution to parking the bikes. Parking enforcement is the responsibility of the D.C. Department of Public Works, not the MPD.

Dockless bikes are currently on offer to residents in Washington as part of a D.C. Department of Transportation “demonstration period” that will last until April 2018. Upon the program’s completion, the department will make a decision about the future of dockless bike-share companies and has encouraged public feedback on the program. According to David Alpert of Greater Greater Washington, Washington currently allows dockless bicycles in the city from five companies: Jump, LimeBike, Mobike, Ofo, and Spin.

“The dockless bike program presents a lot of benefits for students, especially given the lack of transportation options within the Georgetown area,” Schroepfer said.

Schroepfer also understands the concerns of neighborhood residents who are annoyed by improperly-parked bicycles obstructing traffic and pedestrian activity. He highlighted the fact that five of the Washington’s neighborhood councils held a collective town hall meeting to discuss community perception of the dockless bikes in mid-December.

“We’re definitely going to have to have a conversation about this,” he said.

“With the dockless system you don’t have to risk being charged extra if you cannot find an open dock in 30 minutes like I have experienced with Capital BikeShare,” she said.

Calogero also said that the university’s bicycle regulations have yet to accommodate the new technology.

“While there are places on campus where you can’t lock [conventional] bikes, there are no rules about [dockless] bikes that do not need to be locked to be safe,” she said. “I would bet that in the future the campus will have to enforce rules so that bikes are not blocking pedestrian traffic or in the middle of sidewalks.”

Bike-share companies participating in the trial have explicitly addressed the issue of improperly-parked bicycles. LimeBike’s user agreement tells customers, “the Bike must be parked at a lawful parking spot, i.e. the Bike cannot be parked on private property or in a locked area or in any other non-public space.” Similarly, Mobike asks users to “park at any public bicycle rack or at any public accessible location that does not obstruct the traffic flow of pedestrians or vehicles.”

Despite citizens’ complaints, there is no standardized process for reporting the presence of illegally-parked bicycles to bike-share companies. Ofo and Mobike both allow users to report improperly-parked bikes from their smartphone apps (Mobike also rewards users who do so with rider credit). However, Spin allows users to report issues over the company website without downloading the app at all.

It’s unclear what effect, if any, these company recommendations and policies have on rider behavior. Washington dockless bike-share users still park bicycles in strange and inconvenient locations. A notable example is from Jan. 3, when The Georgetowner reported that an Ofo bicycle was found parked in the middle of the frozen C&O Canal.

It is possible that the D.C. Department of Transportation will decide to create new restrictions on the use of dockless bicycles, following the example of other cities around the world. Mashable reports that the government of Singapore decided to introduce designated parking zones for dockless bike-share vehicles in October 2017, after numerous complaints about improperly-parked bicycles.

Schroepfer sees such measures as a possible way forward for dockless bike sharing in Georgetown and Washington.

“There is a way forward here to make sure we can have this increased transit option,” he said. “There is no perfect solution when it comes to increased transportation; it has to come with compromise.”