Letter to the Editor: Stay Engaged in Qatar

On the Feb. 9, the Editorial Board of The Georgetown Voice published an article, titled “Time to Quit Qatar,” calling on the university’s leadership to close its Qatar campus. However, with the rise of racism and xenophobia in the world today, it is all the more essential for a university like Georgetown to engage with the world, facilitate cross-cultural understanding, foster communication, and affect change at home and abroad according to the values that guide Georgetown’s mission and its founding.

In its editorial, the Voice mentions that the House of Thani holds three of the Qatar Foundation’s leadership positions. This displays a significant lack of information on the ruling family of Qatar. The editorial board fails to recognize that the Qatari royal family has over 8,000 members, with over five branches, many of whom live amongst society as average citizens. As an Al-Thani, I am one of them.

The majority of those who lead the development and progressive reforms in Qatar and Qatari society have come directly from within the royal family, especially its female members, whose degrees, qualifications, and leadership have been deliberately overlooked by the editorial board due to their royal status.

With regards to the Kafala system, the State of Qatar has pursued various reforms in order to better protect migrant workers. It has introduced a new Wage Protection System, which ensures that wages are paid in full and on time, and has set a minimum wage of 750 riyals per month along with free accommodation, food, and healthcare from the worker’s employer.  Qatar has further introduced new regulations regarding the entry, exit, and residency requirements for migrant workers, abolishing the Kafala and replacing it with a contract-based system to safeguard workers’ rights and increase workers’ job flexibility. This system was introduced in December 2017, and by November of 2017 the International Labor Organization closed its case against Qatar over its treatment of migrant workers and urged neighboring countries to emulate the regulatory reforms that Qatar has undertaken.

Georgetown’s Doha campus has attracted some of the most highly renowned scholars in their respective fields, thereby enhancing the university’s overall reputation and enabling successive generations of Hoyas to reflect with pride on their Georgetown experience. These academics were attracted to the Doha campus by the university’s global vision and mission, and the opportunity to engage with significant global issues that closely reflect their own concerns, as well as Georgetown’s values of inclusivity and community in diversity.

Disengagement from these critical issues, in the form of Georgetown quitting its presence in Qatar, would be a disservice to both Georgetown values, and to its mission as a world class, globally engaged university. Two of Georgetown’s values are “Community in Diversity,” and “Women and Men for Others.” These two values are critical in helping us become global citizens who strive for knowledge and engage in dialogue with those from different backgrounds. Had the editorial board researched more on Qatari society, it would have gained more familiarity with the profound dialogues in Qatar among various strata of society, especially university students.

The Voice’s editorial board calls on Georgetown to quit Qatar because of the country’s Kafala system and its legal restrictions on several minority communities. One of the central functions of any university is to critically engage with its surroundings, to train young minds to interact with their environments, and to change them for the better. In every setting, there are laws and regulations with which the critically aware do not agree. Throughout history, in America’s democracy,  black people were enslaved, women were barred from voting, Japanese-Americans were interned, and different minorities experienced—continue to experience today—various forms of official and unofficial discrimination. Universities have played key roles in training their students to question, engage with, and better American society. Dr. Martin Luther King Jr got his PhD from Boston University, where he learned about the nonviolent protest of Mohandas Gandhi, which he later adapted for his civil rights movement. King also participated in the Dialectical Society at Boston University, where he and his colleagues discussed civil rights issues in the United States. Therefore, to call on Georgetown to abdicate such a crucial responsibility in other settings is myopic at best and cowardly at worst. 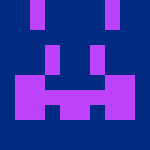