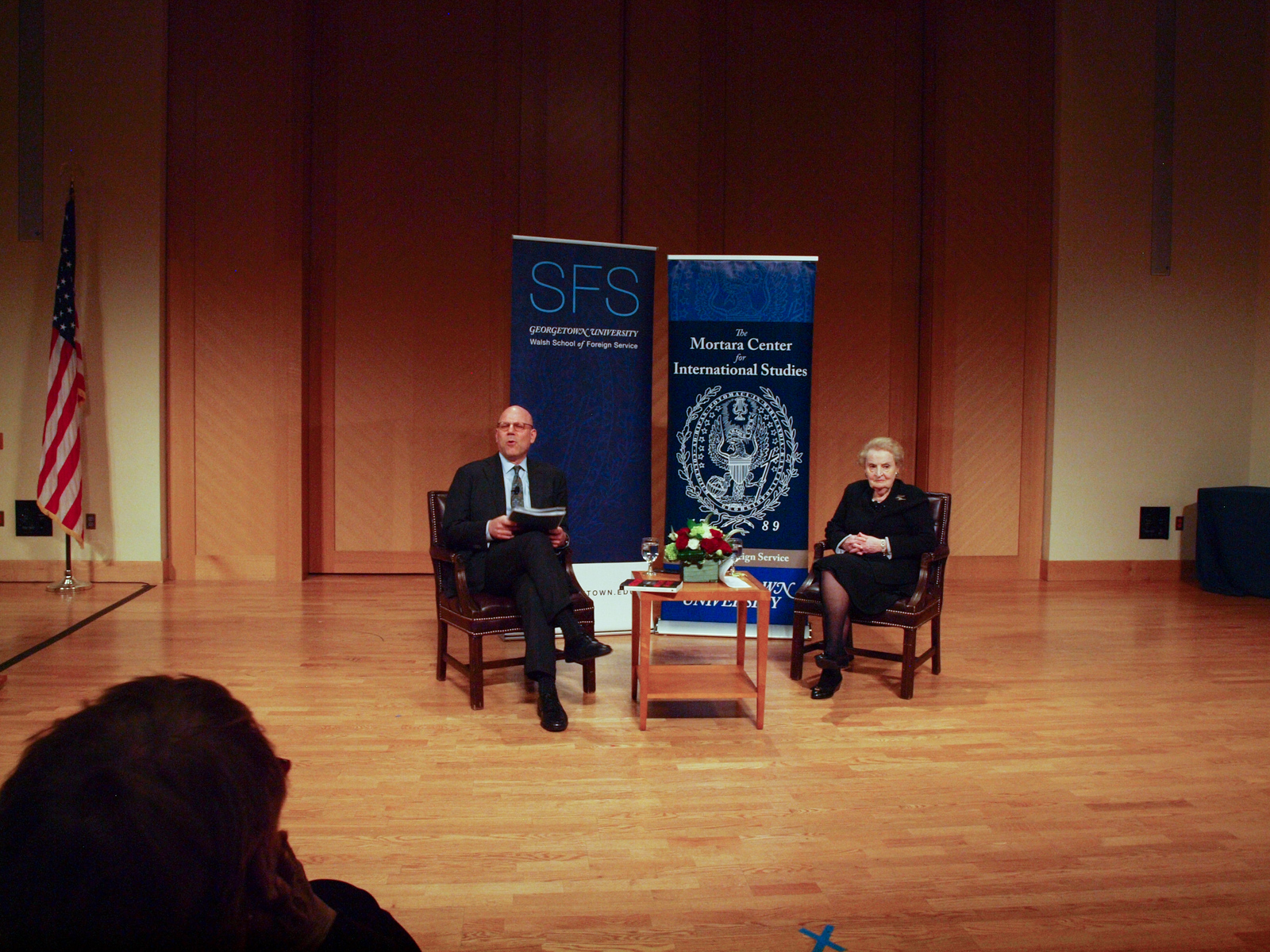 Former Secretary of State Madeleine Albright discussed the history of fascism and the resilience of American institutions, elements her new book, Fascism: A Warning, on April 16 in the Lohrfink Auditorium. The event was organized by the Mortara Center for International Studies, which has previously honored Albright as the Mortara Endowed Distinguished Professor in the Practice of Diplomacy.

During the event, Albright spoke on her experiences as a child in war-torn Europe and her long career as a public servant. With her influential background, Albright said she wanted to publish the book to do her part as an active citizen by bringing attention to the rising threat of fascism.

“What I think is really unique about [fascism], in contrast to plain old authoritarianism, is that there is a coming from the bottom of people that are highly dissatisfied and then the particular leader is able to exacerbate the divisions between the haves and the have-nots,” Albright said.

To combat these divisions, Albright emphasized the importance of finding common ground for effective government. As a centrist, she said that the far right and far left have divided American society.

“[Fascism is] a way of organizing the government in order to control everybody and really have an opportunity to then deliver this message and aggregate power to himself in a way” Albright said.

Albright also spoke on the influence of fascist leaders. “The fascist leader presents simplistic answers, ‘I am the answer to all of this and I will help you,’ and in the end, this is to the greater glory of the leader,” Albright said.

Albright said she took a historical approach to writing about fascism. In her research, she found Mussolini to be the original fascist, even though he rose to power legitimately.

“I think he began in terms of trying to figure out how to help people that were isolated and had been deprived of their rights,” Albright said. “He came up with the single best quote about how one gets to fascism. ‘If you pluck a chicken one feather at a time, people don’t notice.'”

For Albright, the important takeaways from Mussolini’s exemplar of fascism are that the gradual evolution of fascism is often unnoticed until it’s too late, and that attaining power legitimately does not preclude the potential for fascism to evolve.

Turning to the United States, Albright said she was worried about Trump’s effects on our democracy. 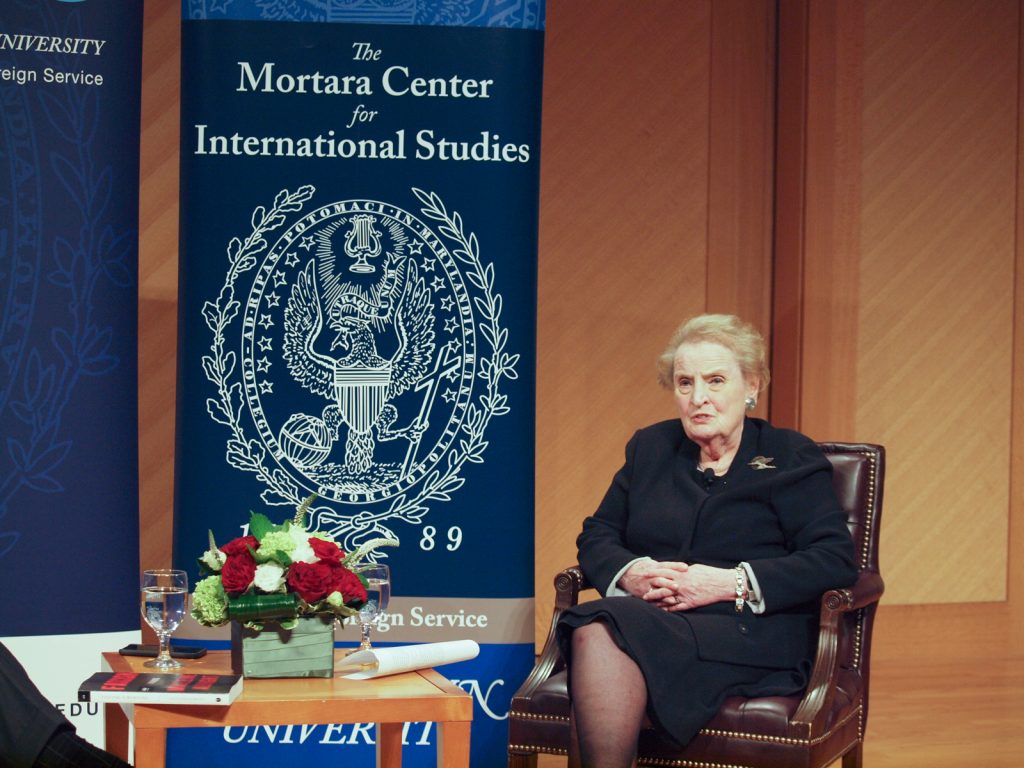 “I do think [Trump] is the most undemocratic president in modern history,” Albright said. “He is somebody that knows to use propaganda, how to have rallies that have simplistic slogan with them and not discouraging at certain amount of violence. There are a number of tendencies, but I would not call him a fascist.”

Albright still acknowledged concerns about the president’s effects on the stability of our democracy.

“He does think he’s above the law,” she said. “He does, I think, not respect the democratic institutions, in terms of what he’s said about the judiciary specifically and kind of making fun of Congress.”

“I don’t think that he is somebody that would use violence to control a country, but I do think that what he’s doing is exacerbating the differences and really playing to that,” Albright said.

“I worry that we’re not paying enough attention to the feathers,” Albright said. “The resiliency of democracy is remarkable but so is the fragility.”

SFS Dean Joel Hellman, who moderated the event, said that Albright’s work as a professor has been especially valuable to students at Georgetown. As he travels across the country meeting with SFS graduates, Hellman said that he always asks them what was the most memorable moment of their Georgetown careers.

“The single most frequent response I get is that ‘I was in Madeleine Albright’s class.’ and they can all tell a great story about the room or the glint that you threw into their case preparation that scared the hell out of them,” Hellman said.

Albright concluded the event by calling on all citizens to be vigilant and to not take our democracy for granted.

“I hope more people run for office and recognize the fact that democracy has to be active,” Albright said. “People need to understand that there is a responsibility to being a citizen and actively questioning and pushing.”