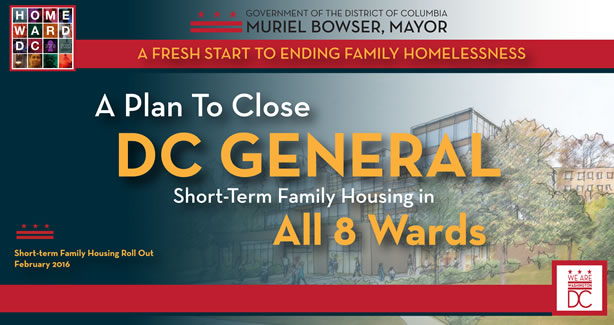 During her first mayoral campaign in 2014, D.C. Mayor Muriel Bowser vowed to close the D.C. General Family Shelter, the former hospital that served as the city’s primary homeless shelter for families. In 2016, she proposed building smaller shelters in each of the eight wards with the goal of “ending homelessness in the District.” While the city has not altered its original timeline for D.C. General’s closure, an internal budget communication obtained by Washington City Paper shows that only one of the eight new shelters is currently on track to be finished on time.

D.C. General needs to be shut down. Large-scale shelters are dangerous and often lack the necessary individual treatment for the individuals they house. Residents have said that the shelter is unsanitary and lacks sufficient privacy. Lead and asbestos have been found in D.C. General, and when 8-year-old Relisha Rudd disappeared from the shelter in 2014, many questioned the security and safety of the complex’s residents.

While the merits of closing D.C. General are not in dispute, the District government should be more cautious in its plan to shut down the only major family homeless shelters. Demolition has already begun on buildings in the same hospital complex as D.C. General despite the fact that people are still living in other buildings. We question the safety of this decision and urge the city to make residents’ safety the primary concern of the ongoing construction.

The mayor aims to close D.C. General and open the new shelters by the end of 2018. A women’s shelter was opened by the government in Ward 2 last year and can house over 200 women per night. However, shelters in wards 1, 3, 5, and 6 are not projected to open until 2019 or later, meaning that nearly half of the wards will lack a homeless shelter. The city currently rents rooms from hotels and motels to house people experiencing homelessness in the absence of a robust long-term shelter system, costing the city a substantial amount of money.

Not all of the fault for the delay in constructing local shelters falls on the city government, as neighborhood coalitions have actively worked to prevent shelters from being built in their wards. In Ward 5, a group of residents has filed a petition to the D.C. Court of Appeals challenging the shelter that is slated to be built in their neighborhood based on zoning regulations. Concerned neighbors have also challenged the proposed shelter in Ward 3. These petitions and efforts have stalled the District’s construction efforts on some of the new facilities, further delaying the schedule.

The ongoing changes to the District’s homeless shelter system will bring positive effects in the long run. But in its current rebuilding effort, the city has jumped the gun on demolishing D.C. General, potentially damaging the health of many vulnerable homeless residents. 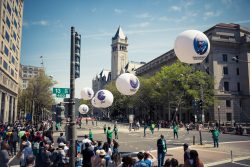