Pups in the Park: A Tradition Unlike Any Other 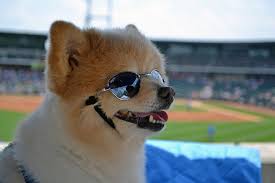 Ahhh, baseball: This lovely country’s greatest achievement. Some people like the Yankees, while others like the Red Sox. All things aside, though, we can all agree on one thing: Baseball goes best with a dog. How do you like your dog? Some like it with ketchup and onions. Some like it with mustard and kraut. Me? Well, I like my dogs furry and with big tongues. That’s right people. We’re talking about the single greatest idea any baseball executive has ever made: Pups in the Park. No one knows who started it or how the idea came about. But we all know one truth: Pups in the Park brings people of all backgrounds together. It has been called (by me) the single greatest equalizer in sports history. Some predict the event will even outshine the World Series in future installments. So what exactly is this crazy version of a baseball game that’s sweeping the nation?

A few years back, some Major League Baseball teams decided the sport needed a little spice. Home runs are great and no-hitters are cool, but the average American doesn’t care for these petty things. While my extensive research into the mysterious origins of this promotion left me scratching my head, I can assume with certainty how this day began. Some of the MLB owners gathered in an undisclosed location with one goal: to make baseball American again. When baseball first hit the nation in the 1800s, people couldn’t get enough. Everyone knew the game and loved it. In the 21st century, though, with developments in other areas of entertainment like virtual reality and Netflix, Americans can experience thrills from the comfort of their couch. Knowing they couldn’t compete with these big tech companies, the MLB owners were running out of options. They had one man left in their bullpen and needed him to perform. That “man” had four legs and a tail, but proved to be the key player they needed to bring back baseball.

Then out of nowhere, unbeknownst to the general public, these owners pulled a fast one on us. They changed the game completely. This new change would be crazier than the shift from the dead ball to the live ball era. It would be more drastic than even the switch from underhand to overhand pitching in 1884 and would return baseball to the hearts of America’s youth. The change: for a few days every year, select ballparks would allow fans to bring their pet dogs to the games with them. We’re not talking canines just perusing the grandstands either; we’re talking hundreds of dogs claiming their very own seat in the outfield bleachers. Finally, a place where humans and dogs would be seen in an egalitarian light.

When we Voice staffers heard of this phenomenon, we just knew we had to partake. The two greatest things on earth, baseball and dogs, combined in a magnificent setting like Nationals Park sounded almost too good to be true. Now, I have been to many a baseball game, but I had no idea what to expect during this game. I was a little nervous as well, I’m not gonna lie. I needed to be cool. I wanted the dogs to like me. That cool, however, was completely lost as soon as I laid eyes on my first dog wearing a Ryan Zimmerman jersey. The experience was more wonderful than I could have imagined in my wildest dreams. 175 pound Saint Bernards standing in solidarity with baby Greyhounds (that looked more like underfed Giraffes than dogs) could have brought tears to the eyes of any man. It was a truly beautiful day. 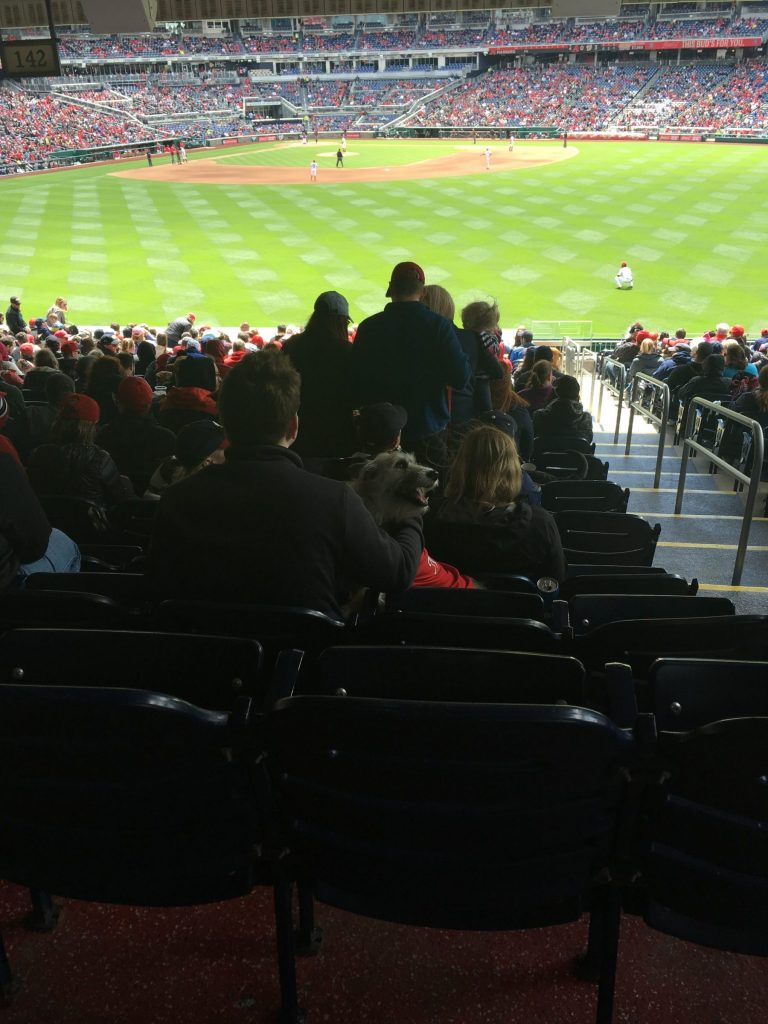 An excited pup reps his favorite Nats jersey while enjoying the game from great seats.

After a day like that, I now know that the Bryce Barkers of the world are just as important as the Bryce Harpers. I urge every man, woman and child to come out to this extravaganza at some point in their life, as it might be the only thing left to save baseball. Also, I think the Nationals won. 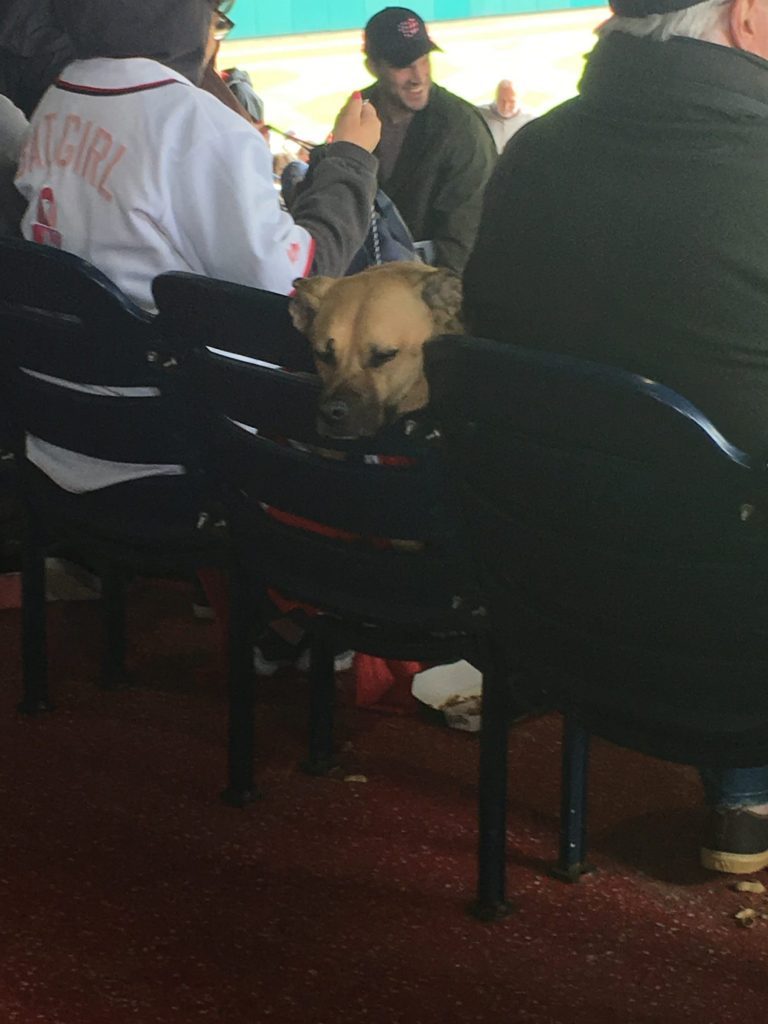 A three-time veteran of Pups in the Park plays it cool. He knows better than to give into the excitement. 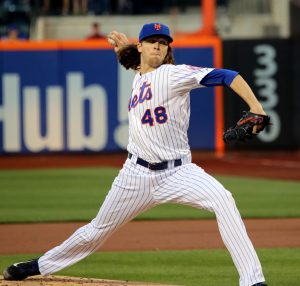 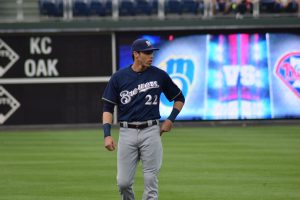