To the casual soccer fan, the name Andres Iniesta will be forever associated with Spanish dominance because of two touches. The first wasn’t great, as instead of bringing down Cesc Fabregas’ pass, he popped it up, but the second was sublime, volleying past Dutch goalkeeper Maarten Stekelenburg. He crowned Spain as world champions with his 116th-minute goal, but forgotten in the buildup, and I’m guilty of this as well, was the casual backheel at midfield to Fabregas that best encapsulates his game.

The man is no stranger to important goals, as only just over a year earlier, he scored arguably the most important goal in his club’s history, putting Barcelona through to the Champions League final on away goals, preserving the historic treble from Pep Guardiola’s debut season.

Yet, despite always scoring the important goals, Iniesta’ doesn’t own a goalscoring record similar to those of English midfielders Frank Lampard and Steven Gerrard. Since breaking into Barcelona’s senior squad in 2002, Iniesta scored just 48 goals for club and country in a staggering 573 appearances.

It’s these images from Euro 2012 that encapsulate what he could do. He draws defenders towards himself before finding the unmarked teammate, yet no one will remember that. He flies under the radar, rarely taking more than two touches, and despite the potential for anonymity, he’s one of a select number of Barcelona players to be recognized for his brilliance at the Santiago Bernabeu, home of archrivals Real Madrid.

A close second foe to Real would have to be Espanyol, the crosstown rivals, yet after Iniesta’s tribute to Dani Jarque, an Espanyol player who passed away in 2009, Espanyol made a banner just for him which translates to “Thanks, Iniesta, above all for being a friend.”

He never won a Balon d’Or, though many players (even France Football, who presents the award) contend that he should have won at least once. Despite playing at the same time, and in the same league, as GOAT candidates Lionel Messi and Cristiano Ronaldo, he’s managed to create his own legacy. Look back at Pep Guardiola’s legendary sides from 2008-2011: Xavi, Carles Puyol, Eric Abidal, Dani Alves, Victor Valdes, Thierry Henry, Pedro, David Villa. It’s a Who’s Who of footballing icons, and even as they’re replaced by brilliant players – Neymar, Luis Suarez, Jordi Alba, Marc-Andre ter Stegen – Barcelona hasn’t come close to the clinics they put together during the Guardiola years.

Yet that style was still ingrained in their identity; the 4-3-3 that Pep loved still in use, even with just Iniesta, Messi, Gerard Pique, and Sergio Busquets being the only four left by the end of Luis Enrique’s tenure. It’s a testament to Iniesta’s importance that only as the aging magician approached his 34th birthday did Ernesto Valverde make Barcelona more solid at the back, shifting to a 4-4-2 and playing more on the counter instead of the free-flowing, tiki-taka style that became synonymous with FC Barcelona. With Iniesta has gone the last vestiges of Guardiola’s system, a style that brought unprecedented domestic dominance.

If I had to choose one play to remember Iniesta, it would be his assist in 2015 against PSG. I had stayed home sick that day (it was April of senior year so it’s not like I missed anything important), and vividly remember jumping off my couch when I saw it. It had every facet of his game, gliding by defenders, often just only body feints. There were no stepovers, no roulettes, to fancy flicks, and to finish it off, he just played a simple, inside of the foot pass the same way he would play it in the center circle. It’s remembered as just another goal in the knockout stage that belonged to MSN, and even the movement made in the first goal in the final that year is just part of a great team goal.

As he announced his international retirement after a shootout loss to Russia (in which he calmly tucked away the first penalty), his retirement was treated just a quietly as the rest of his career, with most people focusing instead on the fact that Spain were bounced by minnows. He was only the captain of Barcelona for three years after Xavi retired. Nevertheless, his fans knew just what he meant to the game. “Infinit Iniesta” was his send-off, a fitting tribute to a player whose 22-year tenure seemed endless. In any other era, he would be the face of the club. When he played, he was probably third or fourth

He was never Spain’s captain; those were Iker Casillas and Sergio Ramos. Yet even with all the legends that have gone, there is no greater player in Spanish footballing history than Iniesta. He will now play in Japan, but we will never see him on the world stage for Spain again. July 1, 2018, will be the day that most of the world last saw Andres Iniesta touch a football. Amid the chaos of two penalty shootouts, we mourn the loss of El Ilusionista.

Arsene Wenger is Under the Gun 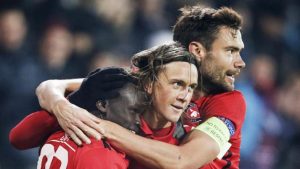 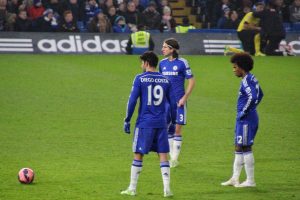