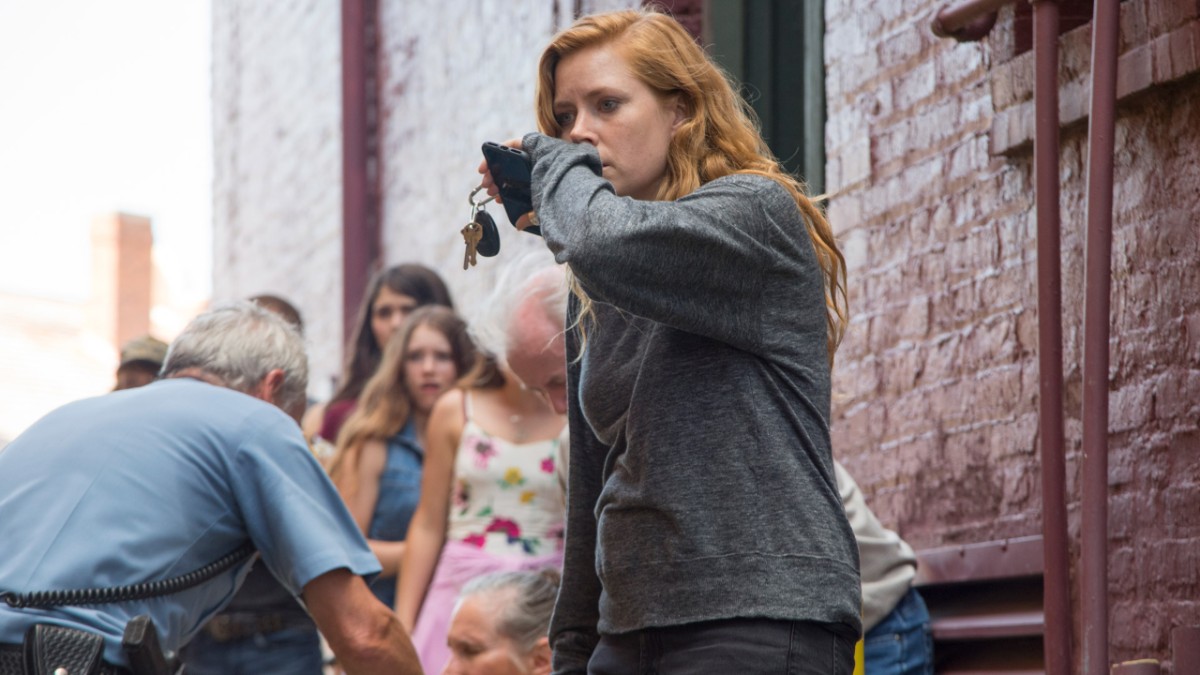 Since Gone Girl’s stunning release and awards-season run in 2014, the world has been anxiously awaiting the next onscreen adaptation of Gillian Flynn’s gritty, twisted work. When it was announced earlier this year that an eight-episode limited series based on her novel Sharp Objects would debut this summer, I scrambled to get my hands on an HBO GO account, and last night’s first episode did not disappoint.

Sharp Objects was Flynn’s first published novel, and was released in 2006, more than five years before Gone Girl would launch the author to fame. The book follows Camille, an unhappy, alcoholic journalist who is sent to her sleepy hometown of Wind Gap, Missouri to cover the disappearance of one young girl and the murder of another. Camille’s narration is rife with mother-daughter tension, disturbing memories of a mysterious and ugly childhood, and an overall bitterness that makes the story hard to read, yet impossible to step away from. Though we lose that narration in the limited series, Amy Adams does an incredible job of portraying the reporter’s raw pain. After just one hour-long episode, I would put money on a Golden Globe nomination for her next year.

Adams shares the role of Camille with IT’s Sophia Lillis, who plays her as a teenage girl. The heavy drama of the first episode gave Lillis a chance to show her chops as a serious young actress, capable of both the light humor and fun displayed in IT and also the edgy, tortured darkness that trademarks Flynn’s work. Unfortunately, the pilot didn’t give enough attention to another young actress—19 year-old Eliza Scanlen is so woefully underused as Camille’s manipulative younger half-sister Amma that it’s impossible to tell if she’ll be able to handle Amma’s creepiness later in the series.

The leading ladies are helmed by Jean-Marc Vallée, who directed the first season of Big Little Lies and returned to show off his prowess with another miniseries. Though Sharp Objects can’t compete visually with his last series, it does share the same twisty mystery. Vallée’s direction coupled with Flynn’s story allows the women of Wind Gap to be angry and flawed, emotions that sometimes feel reserved for men. Camille appears bitter and insensitive, but these traits don’t immediately disqualify her from being a good protagonist.

The first episode moves a little slowly, focusing too much on tortured glimpses of Camille’s childhood and too little on the mystery at hand, but hopefully the pace will pick up as the story does. Still, the pilot is mesmerizing in the way it poses questions: why is Camille so reluctant to return to Wind Gap? Why is her mother so worked up over the disappearance of a child she doesn’t know? Why is Amma doted on but Camille regarded as a disappointment? Those who’ve read the book will sit back and marvel at the world Vallée and Flynn have created, and those who haven’t will be on the edge of their seats.