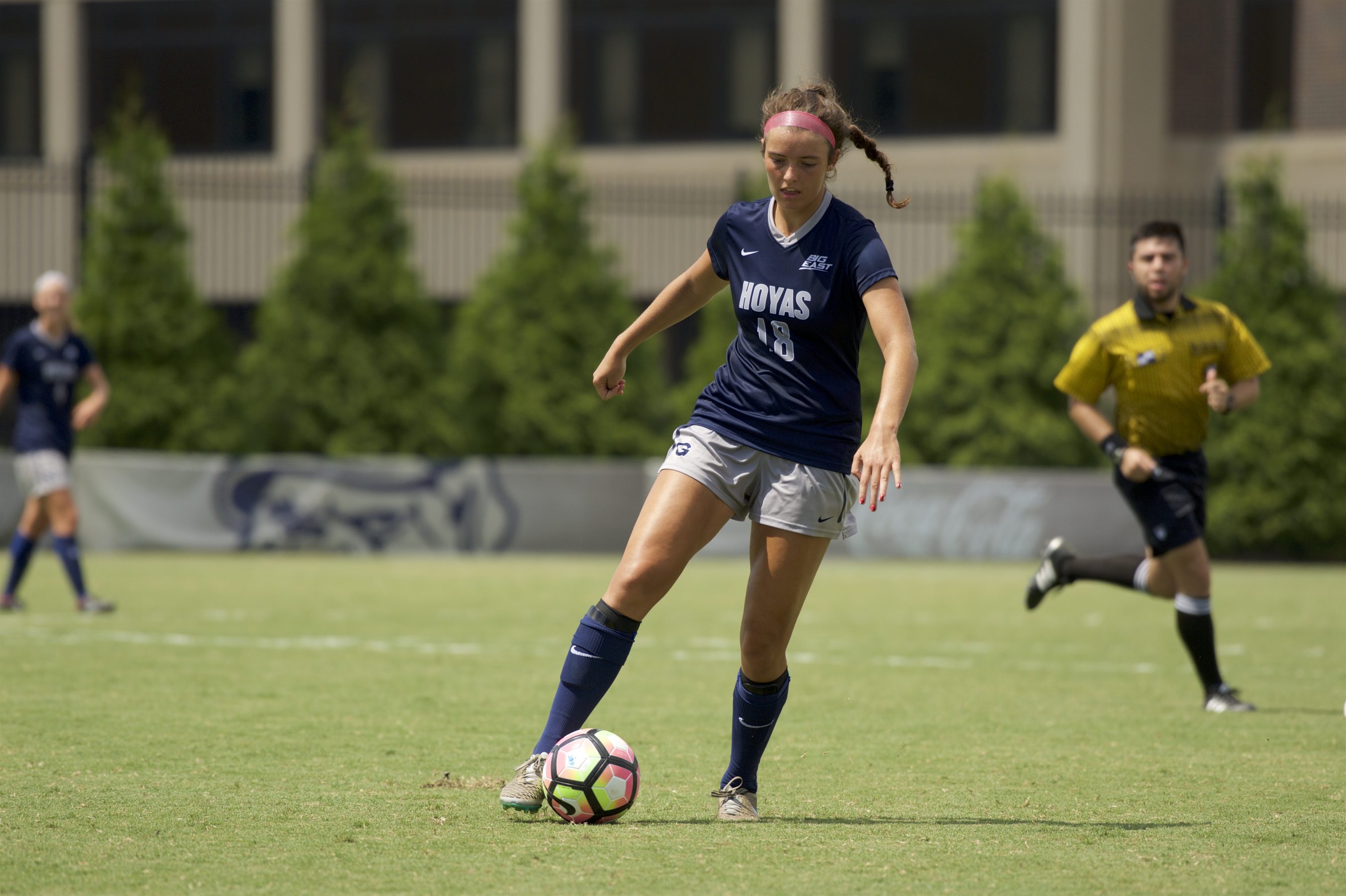 The Hoyas struck first, in the 20th minute with a goal from senior forward Caitlin Farrell that was brilliantly set up by an assist from junior midfielder Carson Nizialek.

This was the peak of Georgetown’s day as they appeared to be in control throughout most of the first half, putting up five total shots compared to the Hokies two, but the Hokies killed the Hoyas’ momentum with a goal from freshman forward Karlie Johnson in the 32nd minute. From that point on, Virginia Tech took over the game, taking seven shots in the second half compared to Georgetown’s three.

At the end of regulation the game was tied 1-1, prompting overtime. Tech continued to dominate in the first overtime, taking two shots and preventing Georgetown from taking any of its own. However, the Hoya defense held strong, not allowing the Hokies to score off of either shot, and forcing a second overtime. Virginia Tech maintained control of the game again taking more shots than Georgetown. The Hoya defense again held strong, not allowing a goal despite the Hokies three shots. The hero of the game for Georgetown was senior goalkeeper Arielle Schechtman who racked up seven total saves,  five of which came in overtime.

Georgetown will look to bounce back in their home opener at Shaw field on Thursday, August 25 at 4 p.m. ET against the No. 3 Duke Blue Devils (1-1, ACC). Follow @GUVoiceSports for more women’s soccer coverage and breaking news.